Feminism and university: we theorize, but fail to apply 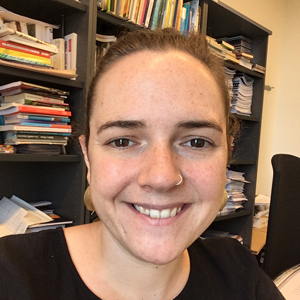 María-José Masanet, lecturer in the Department of Communication at UPF

Recent years have undeniably witnessed an unprecedented boom in feminism. The massive marches organized to protest the ruling in the ‘La Manada’ (or ‘wolf pack’) rape case or movements such as Me Too are just some examples of its popularization and the ‘renewed’ awareness of women’s inferior position in society. Obviously, this growth in feminism goes beyond street movements. Today, we have feminist novels and television series, actresses and YouTubers who openly position themselves as feminists, and even feminist clothes (because there is always someone waiting to cash in on any movement or widespread sentiment).

In this context, the question becomes: what place do universities occupy in all this? Traditionally, feminism has acted along two lines: theory and practice. Surely the logical response would be to position the university on the side of theory. However, the reality is that there can be no theory without practice and that may be the main problem universities have with regard to feminism. We have been theorizing for years about feminism, post-feminism and gender roles, amongst other things, but what parts of all that do we apply within the university institution? More and more academics are incorporating the gender perspective into our research and teaching each day. But is that reflected in our daily lives? Is it enough? Based on my experience, as a woman and an academic, I think it is necessary to continue insisting on the need to transform these theoretical struggles into real change that goes beyond routine practices to act on the university’s structural issues as well.

One everyday thing that all of us who work at the university could do would be to include the gender perspective in our teaching and research: to make women authors and their work more visible, both on the reading lists for subjects and in our own papers; to include the gender perspective and take an analytical and critical view of gender-based inequalities in everything we work on; to seek gender parity amongst the experts we invite to talk to our classes and to scientific events; to promote gender-equal working and research groups; and to encourage female leadership of projects and research groups.

As a more complex step – although not an impossible one nor one beyond our reach – we must fight for women’s (equal) consolidation at the university, without it requiring personal or professional renunciations. We must shatter the ‘glass ceiling’ that women face in our everyday activities at the university. Motherhood must not be an academic gap preventing professional consolidation or recognition, something that could be achieved through the establishment of measures such as parallel assessment for the first years after childbirth, teaching flexibility, etc. We must promote gender parity not only in departments, but also in management posts and on teaching and research staff committees. Indeed, we should not promote it, but require it. In short, the gender perspective has to cease to be something ‘anecdotal’ and become an intrinsic issue in the university’s development and operation.

We need to ask ourselves why the university, beyond discourse and theory, has such a hard time breaking with these structural practices. Why, in a context in which feminist struggles are making inroads on everyday inequalities in other areas, in academia, for example, male full professors overwhelmingly outnumber female ones. In other words, if the university is the birthplace of the articulation of much of feminist theory, why does this internal inequality still exist? So much so that inequality is greater in higher education than in other educational contexts, such as primary or secondary education. Perhaps we need to relativize the importance of theory and turn our attention to practice; perhaps we need to come down from the vantage point of reason and take action; perhaps, as Brigitte Vassallo urged, if we stop engaging in ‘participatory observation’ and begin to ‘observantly participate’, we will manage to place action at the centre and, little by little, change the world and our institution. As Angela Davis so eloquently put it, ‘You have to act as if it were possible to radically transform the world. And you have to do it all the time.’