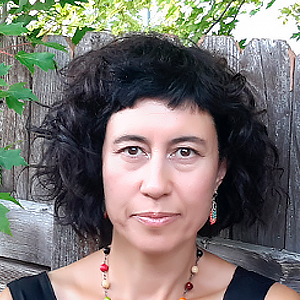 Mª José González, lecturer in the Department of Political and Social Sciences and coordinator of the Centre for Gender Studies (CEdGE).

Can a young woman academic have children and a successful career at the university? In theory, it should be possible. We all know examples of highly productive, brilliant women who have managed to successfully start a family and advance their academic career at the same time. However, the right question is not whether we know such women or whether there are any bright mothers in our departments. The right question is what happens in the professional or academic biographies of women who have children before establishing themselves professionally.

Answering that basic question is by no means easy. We need biographical data to reconstruct the academic careers of women from the time they earn their doctorate to a few years after they have their first child. That information would allow us to assess the impact of maternity on women’s academic careers and, ideally, if we include men, compare the extent to which having children affects fathers and mothers differently in the academic sphere.

Based on the statistics, we know there is a clear relationship between education level and fertility. More highly educated women tend to wait longer to have their first child and have fewer children on average, even though the difference is small and fertility rates, in general, are very low for the female population as a whole.[1]  The main reasons for the delay in having children amongst women ages 35 to 39 are, first, the lack of a stable partner relationship (24.6%) and, second, work-related reasons or difficulties achieving work-life balance (23.5%) (INE, 2019). We also know that women who live with a partner and have children spend more time than man caring for them. On average, women under the age of 45 spend around three quarters of an hour more on care-related tasks than men (INE, 2014). However, the behaviour of women academics differs from that of the average female population for two main reasons: they are in the highest educational bracket and, at the same time, their partners tend to be academics as well or similarly highly educated men. This means that, on average, they experience fewer gender differences in the distribution of household and care-related tasks and that they have more financial resources to spend on work-life balance. Does this mean that women academics have an easier time achieving that balance than the rest of the population? Not necessarily. Women know that the race to job stability is very competitive and tremendously time-intensive and that it can easily be drawn out over much of their fertile lives.

Two studies conducted at American universities with longitudinal data (Goulden and Goulden, 2004; Cech and Blair-Loy, 2019) that followed the academic careers of men and women students, from the time they earned their PhD to a few years after they had their first child, reached the same conclusion: women with children are more likely to abandon their academic career and less likely to gain tenure than their male counterparts with children. Furthermore, if motherhood comes early in their academic career, they receive little to know help from the universities and are often discouraged from continuing. Women already account for 41% of teaching and research staff at universities (MEFP, 2019). Now it is urgent and necessary to promote a cultural, legislative and organizational change that enables gender equality in all branches of knowledge and that retains all the valuable women, whether or not they have children, throughout their academic careers and provides them with support.