Maria Cardona, graduate of the bachelor’s degree programmes in Translation and Interpreting and in Applied Linguistics at UPF (2009). Literary agent at Pontas Literary and Film Agency

Name and surnames: Maria Cardona Serra
Place and date of birth: Minorca, 24 August 1986
Position: Literary agent at Pontas Literary and Film Agency
Education: Undergraduate degree in Translation and Interpreting and in Applied Linguistics from UPF (2009) and master’s degree in Editing from IDEC-UPF (currently, Barcelona School of Management) (2009)
Interests: Reading and travelling are her two great passions. Also, cooking, which is therapeutic and helps her unwind after a few stressful days.

In each corner, there is a white bookcase brimming with books. There are copies in Catalan, Spanish, English... even Chinese. Maria Cardona invited us to visit the Pontas Literary and Film Agency, home to an extensive library of novels, conceived and developed right there, in the heart of Barcelona. They include Todo esto te daré (All This I Will Give to You), by the Basque writer Dolores Redondo, which won the Planeta Prize in 2016.

Cardona and her colleagues are behind the success of novels by authors from around the world, including Federico Moccia and Carl Nixon. Their job is not easy: it consists in ensuring that the writers can make a living from their writing in a context in which the power of books is on the wane.

Ever since she was little, reading has accompanied her at many points of her life. Her future could thus never have been linked to anything other than publishing. We asked her to tell us her story.

Read more about her

When you were a little girl, you said you wanted to work surrounded by books. Today, you work in publishing and have achieved your dream.

When I was still studying at university, I did not know what I wanted to do. I was pursuing two degrees at the same time – in Translation and Interpreting and in Applied Linguistics – but I was not sure where I wanted to take my future career. Looking at options, I discovered the master’s degree in Editing at IDEC-UPF (today, the Barcelona School of Management). So, I called my parents and asked them for advice. Their answer was very clear. They told me, ‘The thing you have done most in your life is read. It is obviously a natural part of who you are and what you have to do.’ After that, I did the master’s programme, interned at a publishing house, and, for the last ten years, I have been working in the book industry.

Maria Cardona recommends us a book for when ... 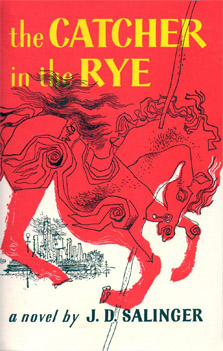 You graduate from university 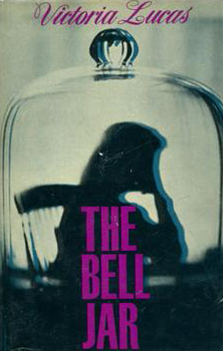 You are on summer holiday 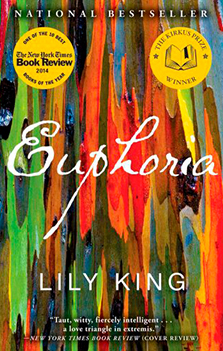 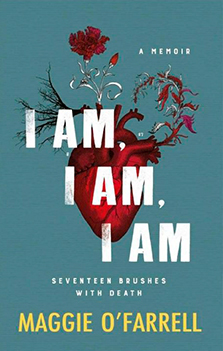 You have a moment of happiness 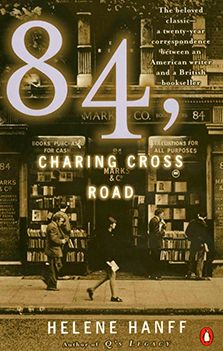 You take a long trip 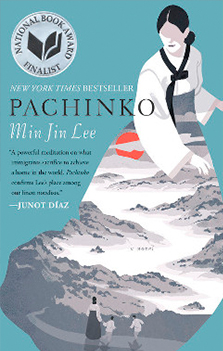 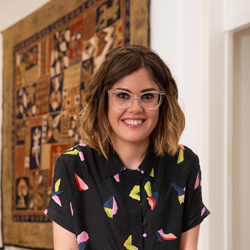 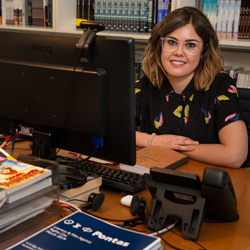 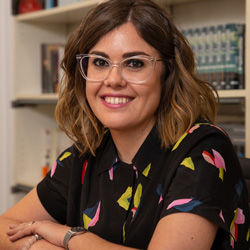 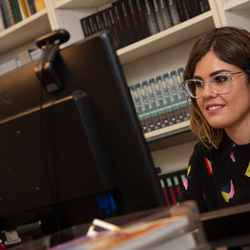 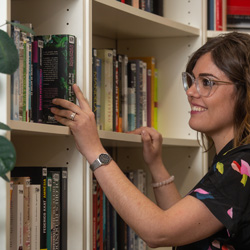 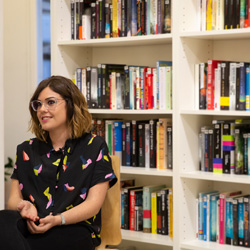 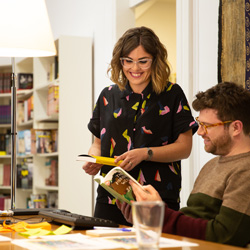 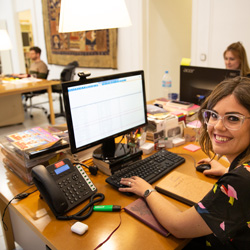