Throughout its history, Phonos has had a strong impact in the preparation of musicians and composers working with analog and digital technologies. In 2021, we resume this relevant endeavour offering four workshops on music and technology, seeking to explain advances in music technology with a language that is understandable by musicians, composers and creators in general, applying the learnt knowledge directly into artistic and musical production.

Workshops will be conducted by pairs of experienced instructors, coming from research in technology and music making respectively, warranting a balance between straightforward technical explanation, and its direct application through artistic experimentation. They will be delivered through 5 sessions of 3 hours, covering both technical and artistic aspects through explanations and creative exercises that will encourage collaboration and interaction between the participants.

Participants are expected to dedicate additional hours beside the online sessions in preparation of an artistic work that will be publicly presented via an online performance, radio programme, or album release, depending on the nature of each workshop.

What you will get...

√ Assistance in preparation of the materials prior to each workshop.

√ 15 hours of online expert sessions with a reduced group of participants.

√ Possibility to collaborate with other artists/participants worldwide.

√ Additional offline technical and artistic support throughout the week.

√ Final work presentation or publication in Phonos event or platform.

In this workshop we will explore how to perform live via the internet with other musicians in different geographic locations. Latency (the lag of the audio signal) is an unmistakable problem when you want to play like you would in a rehearsal room, and we will show you how to minimize it. However, it is more interesting to think of network music as a new medium that opens up new musical possibilities.

At the Sonology Department of ESMUC, we have developed and hacked tools that play analog synthesizers remotely, send audio streams between different DAWs, and interconnect our instruments in complex ways. But in this workshop what we really want is to make music with you: We want to connect musicians from anywhere in the world and combine your musical and technical skills with our 10 years of experience playing network music to explore new ways of playing music together, whether you are in Paris, California, São Paulo, Beijing or Barcelona. 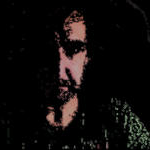 Enric Guaus (Barcelona, 1974) is a researcher at the Musical Creation and Performance Research Group (2014, SGR 1382), ESMUC. He is also Professor at the Universitat Pompeu Fabra (UPF), consultant at Universitat Oberta de Catalunya (UOC) and collaborates with different master programmes. He obtained a PhD in Computer Science and Digital Communications in 2009 at UPF with a dissertation on automatic music genre classification. His current research covers music information retrieval and human interfaces for musical instruments. He is member of the Observatori de Prevenció Auditiva per als Músics (OPAM) and the Barcelona Laptop Orchestra (BLO). 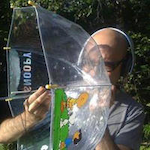 Josep Maria Comajoncoses. Musician and Computer Engineer. Superior degrees in classical piano, choral conducting and composition issued by the Barcelona Conservatorium of Music, Computer engineer degree issued by the Open University of Catalonia and Doctor in Computer Science by the Pompeu Fabra University. He conducts the Barcelona Laptop Orchestra. 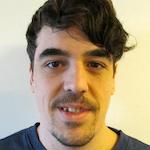 Victor Sanahuja. Systems Development Engineer and Music Technologist. Self-taught. Started a journey on Audio and Music production in 2011 that led to play as solo artist, collaborations and different kinds of bands, involved with the Barcelona Laptop Orchestra for many years and participated at the Phonos Makerspace. Currently based in Den Haag, NL.

In this workshop we will set the ground of musical artificial intelligence by looking at some probabilistic models applied to music making and algorithmic composition. We will start with simple models and evolve throughout the week into more refined models of music generation, including Markov models of increasing complexity. Sessions explaining theoretical concepts will be followed by music composition labs. At the end of the week, students working in groups are expected to compose a fixed media work using the concepts and tools presented, that will be released in the Phonos Netlabel after the summer. 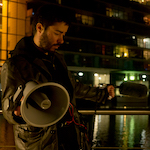 Active as an experimental music maker, Ángel Faraldo extends his work with sound installations, site-specific actions and sound design for dance, theatre and film. He is interested in processes that maximise minimal resources, developing a critical and ecological perspective of live-electronic music, as materialised in his cycle The Feedback Study Series, his digital synthesiser MISS or his approach toward the no-input-mixer. Furthermore, he does significant labor performing and producing live-electronic music, especially as the artistic director of the Phonos Foundation in Barcelona. Faraldo has studied at the Royal Conservatoire of Music (Madrid) and the Institute of Sonology (The Hague), obtaining his PhD degree from the Music Technology Group at Pompeu Fabra University (Barcelona), where he is currently an Associate Professor. 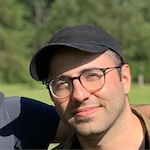 Behzad Haki is a PhD candidate at Music Technology Group at UPF. His studies are currently focused on analysis and generation of rhythm using generative AI architectures. Prior to his PhD studies, he finished his bachelor’s degree in Electrical Engineering and worked as an acoustic engineer for a number of years.

Apply to the Introduction to Computational Creativity Workshop (deadline, 21 June)

In this workshop, we will present the online sound repository Freesound and explore in depth its possibilities as a creative tool for music composition and sound design. We will cover the basics of free licenses, downloading sounds, recording, editing and uploading sounds, as well as advanced features unleashed with the Freesound API, including text and similarity advance searches. We will also show the potential of the Freesound API with applied examples in audio mosaicing and loop generations, and cover other advanced applications towards machine intelligence. Sessions explaining theoretical concepts will be followed by sound and music composition labs. At the end of the week, students working in groups are expected to create a piece using Freesound content, that will be aired on teslaFM after the summer. 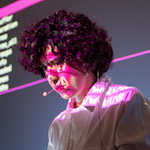 Laura Llaneli (Granada 1986) lives and works in Barcelona. She studied music and has a degree in Graphic Design. She has also a degree in Fine Arts and a Master in Sound Art, both from the University of Barcelona. She is a member of Sons de Barcelona (UPF) and the feminist collective Nenazas. Her awards include Art For Change 2019, Premi Miquel Casablancas 2018, Premi Embarrat 2017 and Barcelona Producció 2014. Solo exhibitions at Casal Solleric (Mallorca), Adn Galería (BCN), Fundació Joan Miró Barcelona, Casaplan (Valparaíso, Chile), Swinton&Grant (Madrid), MMSU (Croatia), Art3 (France) and group exhibitions at Lo Pati (Amposta) and Fundació Antoni Tàpies among others. Performances in festivals and spaces such as CAAMSonora 2020, Low-Tech-Music 2020 (La Virreina), VIU 2019, Swab art fair 2019, Respiradero 2018, Tsonami IX 2015, Eufònic 2013-2014. Residencies at Casa de Velázquez, Art3 Valence, Eufònic-Lo Pati, MMSU Rijeka, Estruch and Hangar. She is currently an artist in residence at Gràcia Territori Sonor and works at the Salamina space. 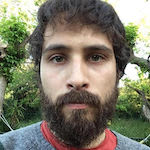 Frederic Font (Barcelona 1986) is a senior researcher at the Music Technology Group of the Department of Information and Communication Technologies of Universitat Pompeu Fabra, Barcelona, Spain. He received the MSc and PhD degrees in Sound and Music Computing in 2010 and 2015, respectively, from Universitat Pompeu Fabra. His current research is focused on the understanding and analysis of large audio collections, including sound characterisation and classification, to improve sound retrieval techniques and to facilitate the reuse of large audio collections in creative and scientific contexts. At the MTG, Frederic leads the Freesound website and its related projects.

Apply to the Composing with Freesound Workshop (deadline 28 June)

the Phonos Summer Camp is organised by: