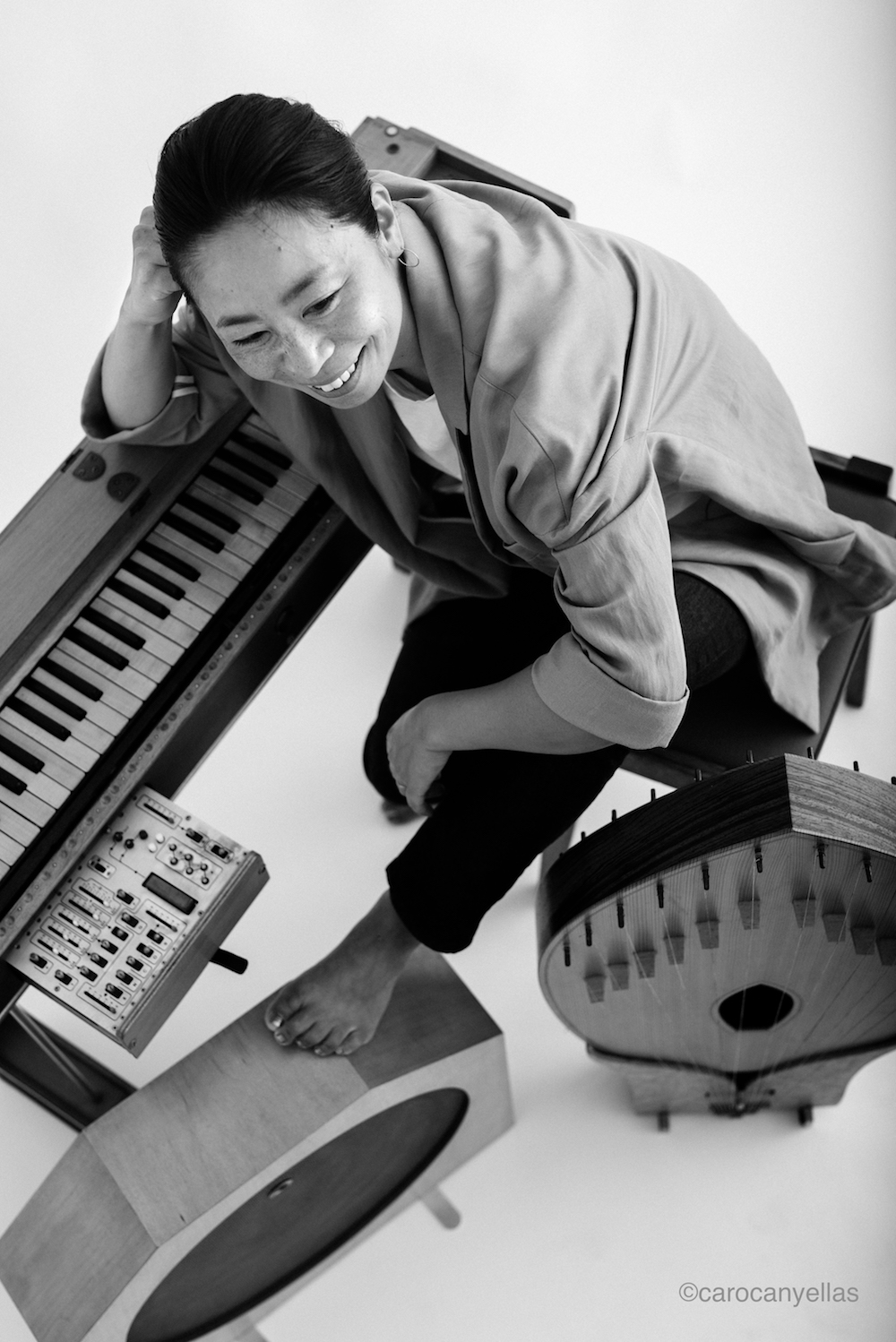 The ondes martenot is one of the earliest electronic instruments, patented in 1928 by Maurice Martenot, contemporaneously with the Theremin. Martenot, a radio operator during World War I, was inspired by the accidental overlaps of tones between military radio oscillators, and wanted to create an instrument with the expressiveness of string instruments.

The ondes martenot is a monophonic instrument, producing sound through three different diffusors: a regular loudspeaker, a flame-shaped resonance  loudspeaker (palme) inside a resonant chamber with tuned strings that vibrate sympathycally; and a metallic diffusor, consisting on a gong set in vibration by an engine (the metal replacing the membrane of the loudspeaker), which creates a sound halo of precise pitch.

A mobile keyboard allows to perform expressive vibrato techniques and micro intervals. In front of and along the keyboard there is a ribbon with a ring through which the interpreter puts the forefinger of her right hand. The frequencies obtained correspond to the key facing the ring, producing a timbre resembling that of human vocalisations or bowed string instruments. On the left part of the instrument, a drawer contains the parameter controls, together with an intensity key.

Mainly used in french avant-garde music, remarkably by Oliver Messiaen, the ondes martenot are usually played within larger ensembles, due to its monophonic nature. In this concert, Tomomi Kubo presents a selection of works for solo ondes martenot, in a definitely unusual and attractive programme.

After graduating from Kunitachi College of Music, Tomomi Kubo went to France to study Ondes Martenot at Conservatoire France National Boulogne-Billancourt and graduated from the school with highest honours. She studied the instrument under Takashi Harada and Pascale Rousse-Lacordaire. She has been involved in a wide variety of activities, such as collaborating with orchestra, chamber music, and contemporary dancers, as well as the accompaniment to films and TV drama music. Through these activities, she tries conveying the joy of ondes martenot, a marvelous instrument. (tomomikubo.net)