On September 2016, Laia Albó from TIDE was invited to participating on an article in Class Central (a search engine and reviews site for free online courses popularly known as MOOCs or Massive Open Online Courses) entitled "What European Leaders in EdTech Think of the State of MOOCs". The article was a result of several discussions between Yoni Dayan andseveral European edtech leaders (representatives from FutureLearn, JISC, Open University, UCL Institute of Education, and so on) after their participation in BETT 2016 (British Educational Training and Technology Show) to get a “pulse” on the state of online learning in 2016 . Bett was created in 1985 to showcase the applications of information technology in education, thehas progressively become one of the most important edtech exhibitions by its scale. It has gathered 35,000 educators and professionals from the sector in ExCeL, London. These discussions coalesced into several trends, which are covered in a three part series. 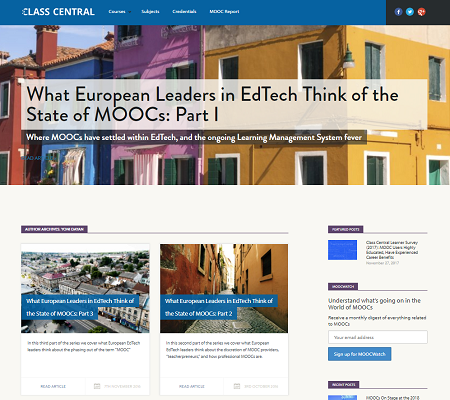 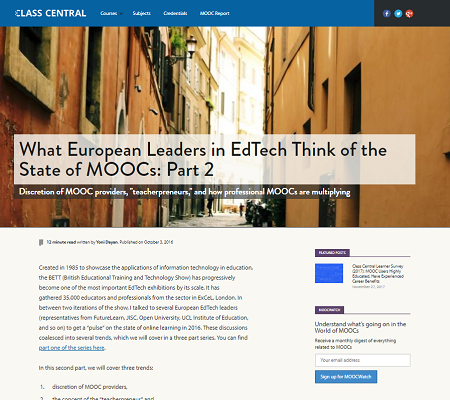 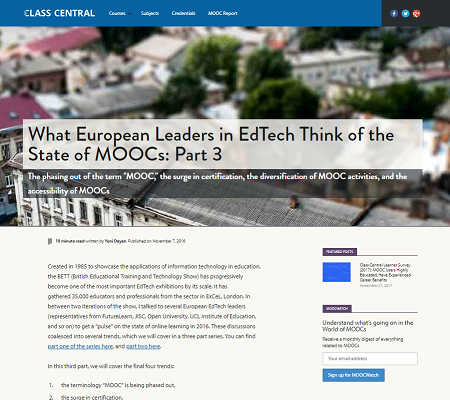