The first formal public test of the Virtual Clerk use case was done on May 26 at UPF, during the 10th edition of the PhD Workshop. 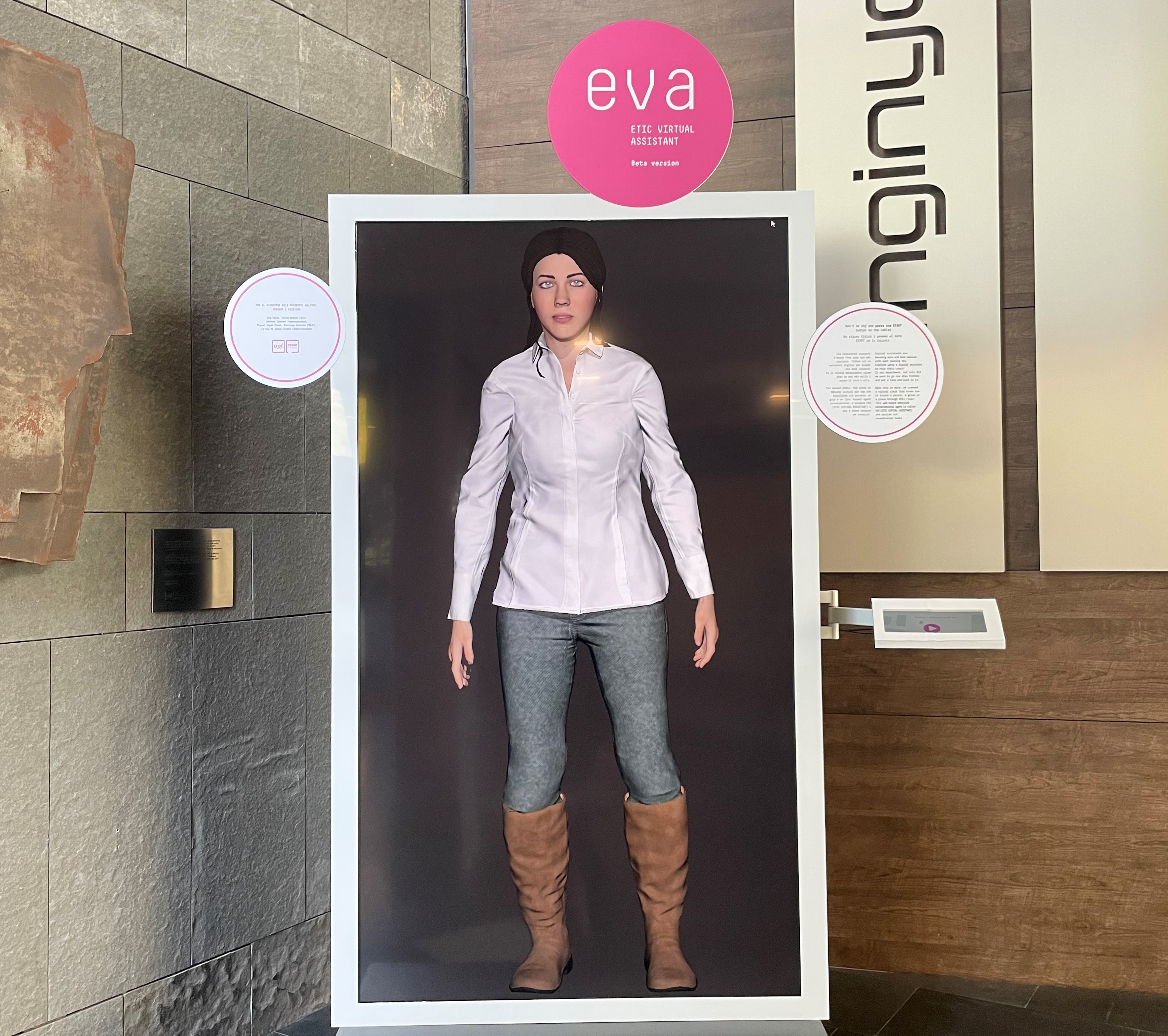 UPF-GTI is in charge of the Virtual Clerk use case, which consists of a virtual receptionist that gives directions and orient users on the location of different people, places or groups within the University Building.

The clerk is called EVA (ETIC Virtual Assistant) and the first proof of concept is already running in the UPF hall. The first formal public test was at its inauguration on May 26. It was in the 10th edition of the PhD Workshop, where EVA was in charge of welcoming the attendees and guiding them. The installation consists of a screen, where the 3D character is displayed and played, and a tablet as a support for the interaction. The tablet displays a button that when pressed allows the user to start the experience, it also indicates when the assistant is listening and allows the user to write the name of the person he or she is looking for. When the interaction is finished, the same tablet displays a form for the user to evaluate the experience.

With the mentioned questionnaire, UPF wants to evaluate the visual quality of the rendering, the user-agent interaction, the fluidity of the dialogues and to know what the user pays the most attention to when interacting with an embodied conversational agent so that it seems natural. It is expected that 10% of building staff and 50% of students and visitors use this service. Probably 80% of them will give their opinion through the form.

As has been said, it is a first version and with this form we want to collect as much information as possible to improve each of these aspects. Even though, algorithms to improve the rendering of skin, hair and eyes are already being implemented, as well as working on the creation of poses and body animations.