Integration of Unreal Engine in InfinitySet

Integration of Unreal Engine in InfinitySet 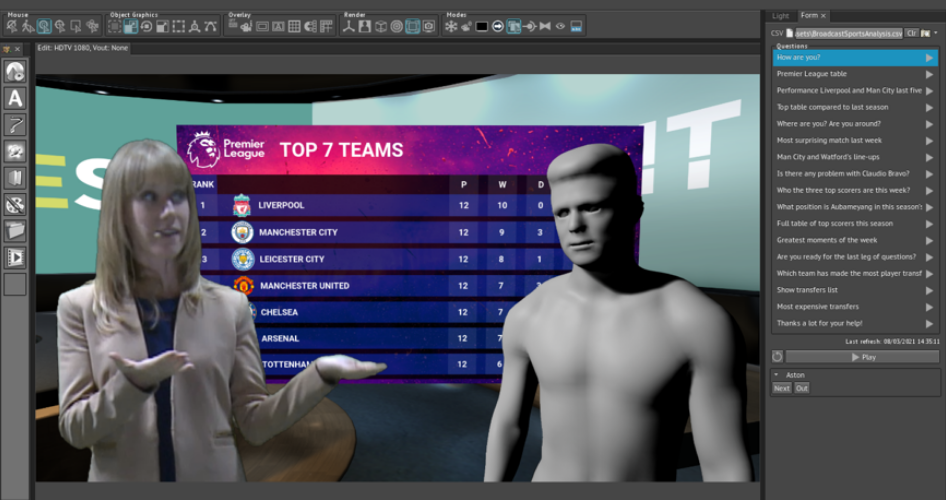 After the first integration steps of InfinitySet with the Present virtual agent, the new Brainstorm Suite includes major updates to the rendering features and specifically the management and compatibility with the Unreal Engine (UE), effectively enhancing the way the combined render engine works.

The game-oriented workflow of UE lacks some flexibility in real life productions, therefore with this integration InfinitySet can also advantage the Unreal Engine-native behaviour, effectively having the same performance within UE than other applications, including the advanced virtual agent created in the project.

The integration between Brainstorm and UE introduces added benefits of using the Brainstorm environment, placing the talent, the agent and other graphic elements over the rendered background as required, and keying the elements that need to be placed in front of the talent and other VR or AR objects as for example the agent itself.

This opens up the door to create VR or AR agents with Unreal Engine with total ease. Unreal Engine can now drives the agent, and InfinitySet configures the Unreal Engine scenario and virtual agent automatically deciding how and where the UE project will be used. The new InfinitySet interface opens a virtual agent control interface to create the knowledge base, the scripts that the agent will follow, and also the real time control interface to manage the agent mood, its answers under presenter questions and its behaviour during live productions.