The Pompeu Fabra University celebrated on 27 June the Day of analysis of the construction of the sociopolitical narrative of the Catalan Process in the international press, organized by the Political Communication, Media and Democracy Research Group, whose purpose was to reflect on the presence of the process Sovereignty to the mass media of the most industrialized countries in the world. To this end, Carles Pont and Marcel Mauri, professors from the Department of Communication at UPF, presented the results of a research project funded by the Institute of Self-Government Studies, CATMón ("Catalonia in the eyes of the world"), In which the main heads of eight different countries have been analyzed: The United Kingdom, Italy, France, Germany, Russia, Canada, Brazil and the United States.

The UPF researchers emphasized that, on the one hand, the international media endorse the will to vote of most Catalans despite highlighting the illegality of a possible referendum, in addition, they emphasize the repercussions that would have for the European Union an independent Catalonia. On the other hand, they interpret the Spain-Catalonia dispute as a conflict without solution and lack of dialogue on the part of both governments. Pont and Mauri also mentioned that half of the newspapers analyzed, out of a total of sixteen, have a negative image of Artur Mas as an opportunist.

The conference also included the conference of Albert Royo, secretary general of the Council of Diplomacy, who explained his work to project the Catalonia brand abroad. According to Royo, from the Council want to create opinions around the image of Catalonia, but also listen to proposals: "we want this to be a round-trip dialogue, communication should never be unidirectional." He stressed that it is mainly from 2012 that the brand Catalonia begins to take force and that in external communication "we are winning the battle in terms of reporting." Hugh O'Donnell, a professor at Glasgow Caledonian University, was the second lecturer and presented a search of the coverage that the Scottish press has given to the sovereignty process. He compared it to the Scottish case, where independence has only received the support of a Scottish newspaper, The Herald.

In the afternoon, there was a round table discussion with foreign correspondents which was moderated by the journalist and professor at UPF Mònica Terribas. The speakers were: Raphael Minder (New York Times), Mathieu de Taillac (Le Figaro) and Ute Müller (Die Welt). They explained that the Catalan issue is losing interest in international headlines because only "they are giving words and not facts". They also assured that they had never received any pressure from the Spanish or Catalan government to sell according to what speeches, nor from their own publishers. When Terribas asked them about their predictions for the future and the referendum of 1-O, the correspondents agreed on highlighting the uncertainty of the political moment in Catalonia.

The day held in the Auditorium of the Poblenou Campus of the UPF, has been news in different media, you can consult some of this news in: El País and ARA.CAT. 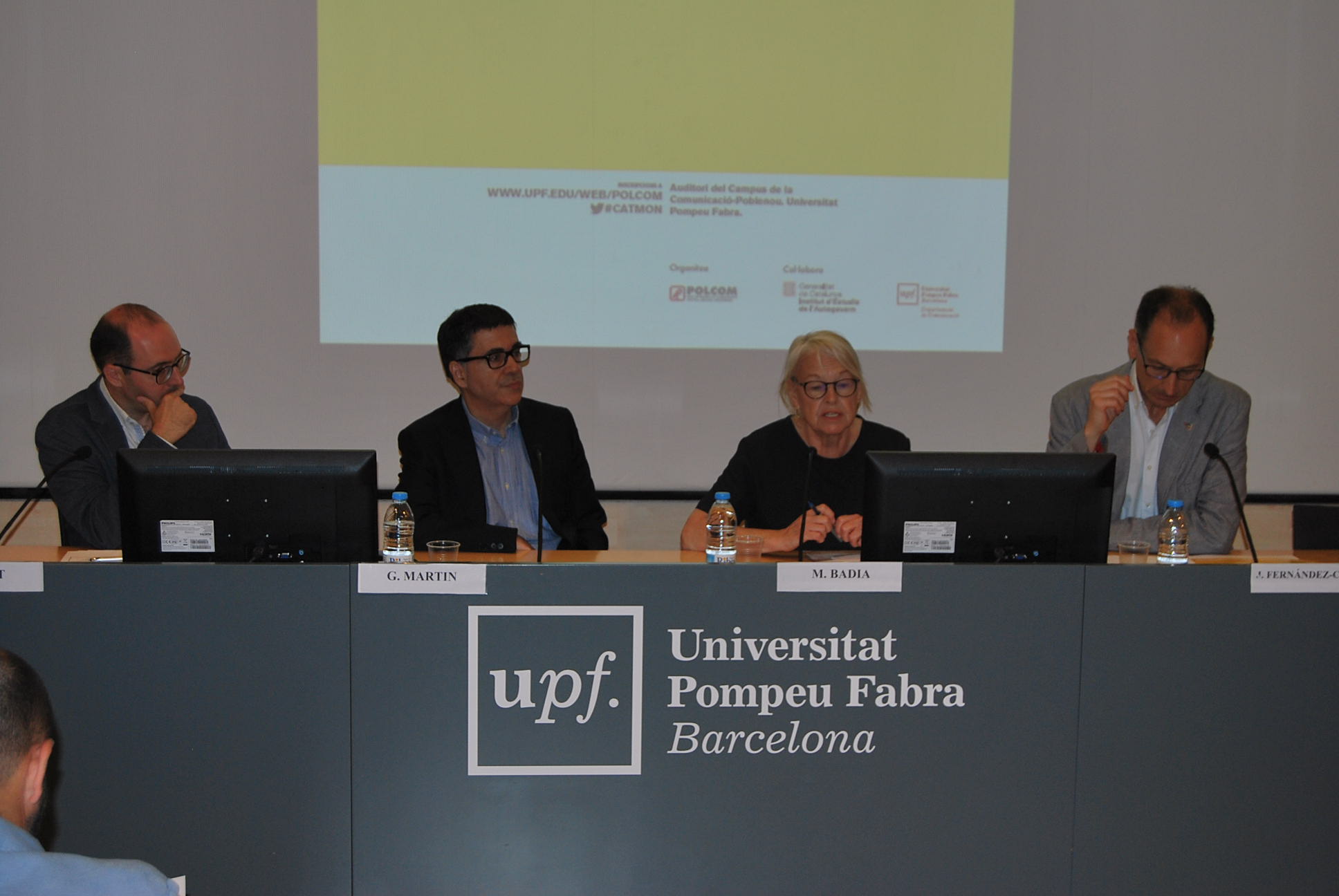