Physense in the Beach Volleyball Tournament

Physense in the Beach Volleyball Tournament 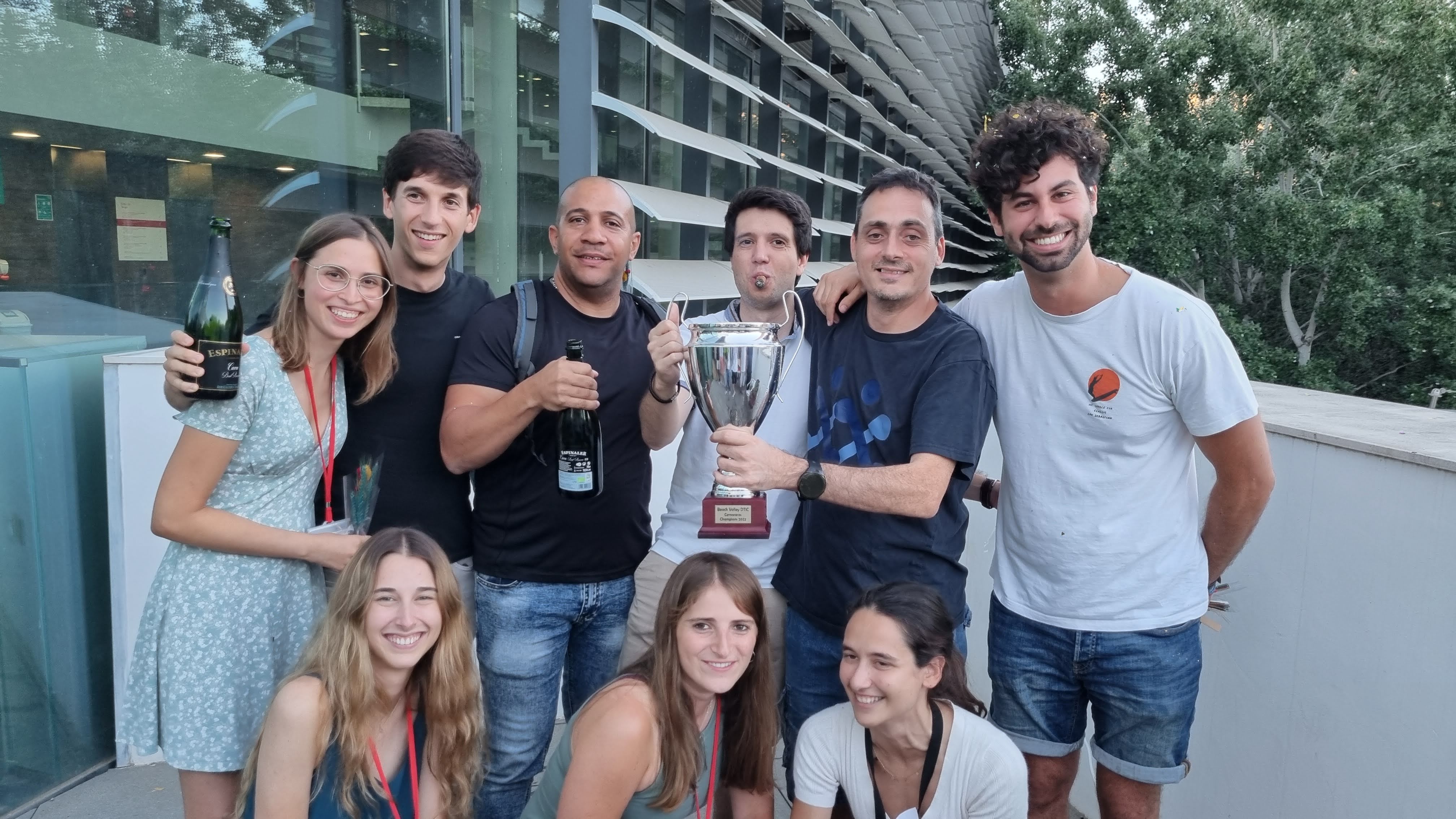 The Beach Volleyball DTIC Championship was created for DTIC PDI and PAS members, master students enrolled in reseach groups and DTIC ex-members were allowed to participate as well. This year, 11 teams participated for the regular season. Camareros got the first place and secured a place in the Quaterfinals. After defeating Sand Trotters, Camareros won against Queens and the Boomers in the semifinals and won again against 6G in the big final.

Last 1st of July, Camareros received the cup and Jordi Mill was chosen as male MPV of the tournament. We hope the team to perform well next year as defending champion.

For more information about the tournament follow this link