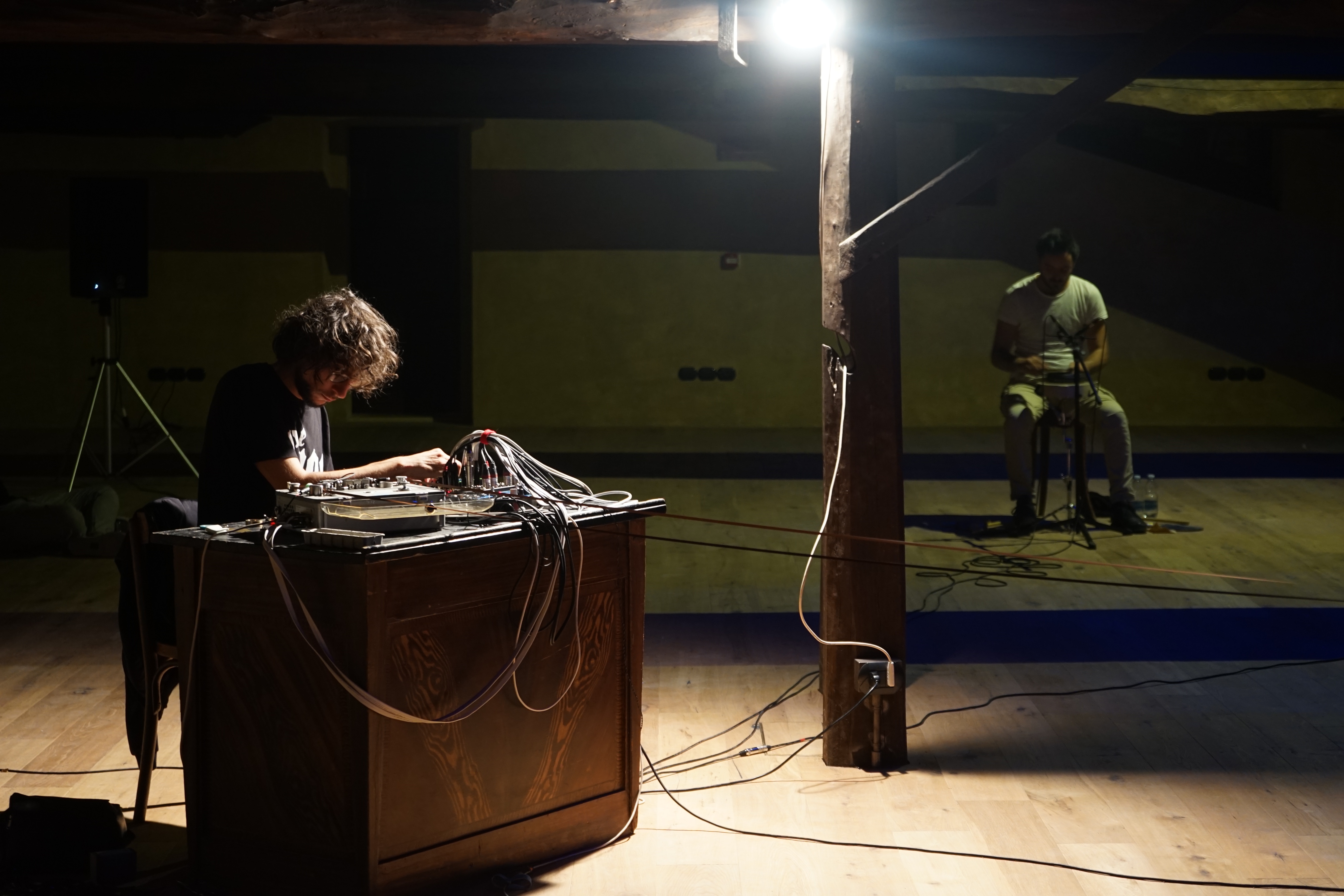 We have invited Enrico Malatesta and Giovanni Lami for a one week residency in January 2020, to develop a new version of their work Nuova Superficie. They will be working at the Ricson hall in Hangar, where they will offer a live performance on Thursday 23 January. In addition, Giovanni will be at Phonos sharing with us some reflections on his approach towards working with magnetic tape, experimenting with devices from the Phonos Foundation and others of his own, on Tuesday 21 January.

As part of his residency at Phonos, Giovanni will share with us some reflections on his approach towards working with magnetic tape. He will experiment with devices from the Phonos Foundation and others of his own.

"After my shows many people are curious to know more about my work with tape and reel-to-reel machines. Therefore, I've developed a sort of lesson/listening session with and about tape machines, presenting a series of excerpts of compositions from the 60's to nowadays where reel-to-reel and tapes have had a crucial role. I also develop on how I use them as a musical instrument proper (not only in the studio)." (G. Lami) 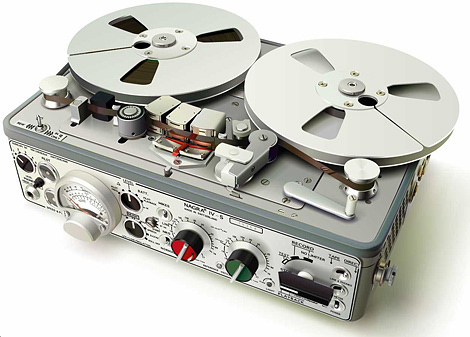 The project is based upon an active idea of horizontal actions in progress, that slowly change and melt over the course of the performance. Sounds came from different diffusion points, amplified or not, analog or acoustic and the only need is to produce a simple sound-mass, seemingly static but unceasingly evolving through the work of the musicians. Using their own instruments (as form and gesture) mainly on the surface, moving objects and working upon the skin of an amplified snare or directly in contact with the tape of the reel-to-reel recorder, they activate what is already present there but quiescent.

Digital and analog devices, animal skin, stones, woods and hi-fi mics, everything is hybridized. The performance is not fixed and totally dependent by the space and the chance people have about listening, they're free to go back and forth, find their own listening place, change it, read a book if they want or relaxing, approaching the listening as a wider status of consciousness. With clear gestures a complex sound-space is realized, each listening' experience are free to evolve and wander and get lost.

This non-stop negotiation between details in the sound mass and the sound-horizon (as a lack of balance), and the interaction with the space hosting the performance is the base of the project, that could be considered something in between electroacoustic music and site-specific action.

Enrico Malatesta is an Italian percussionist and sound researcher active in the field of experimental music, sound intervention and performance; his practice explores the relations between sound, space and body, the vitality of materials and the morphology of surfaces, with particular attention to the percussive acts. His research path is characterised by a strong emphasis on the ability to produce multiple information with simple actions, the motion and definition of the experience of listening and sustainability of the presence of the performer through the sound.

Giovanni Lami works with samples, crops and realtime signal processing (analog or digital). His research is related with the study of resonant surfaces, degradation processes and the limits of devices used to record and/or reproduce sound. In 2016, with Enrico Malatesta and Glauco Salvo, he founded MU, an independent association devoted to sound-experiences, acting as a listening platform to develop fresh and smart workshops, listening sessions, gigs and conferences in central Italy. 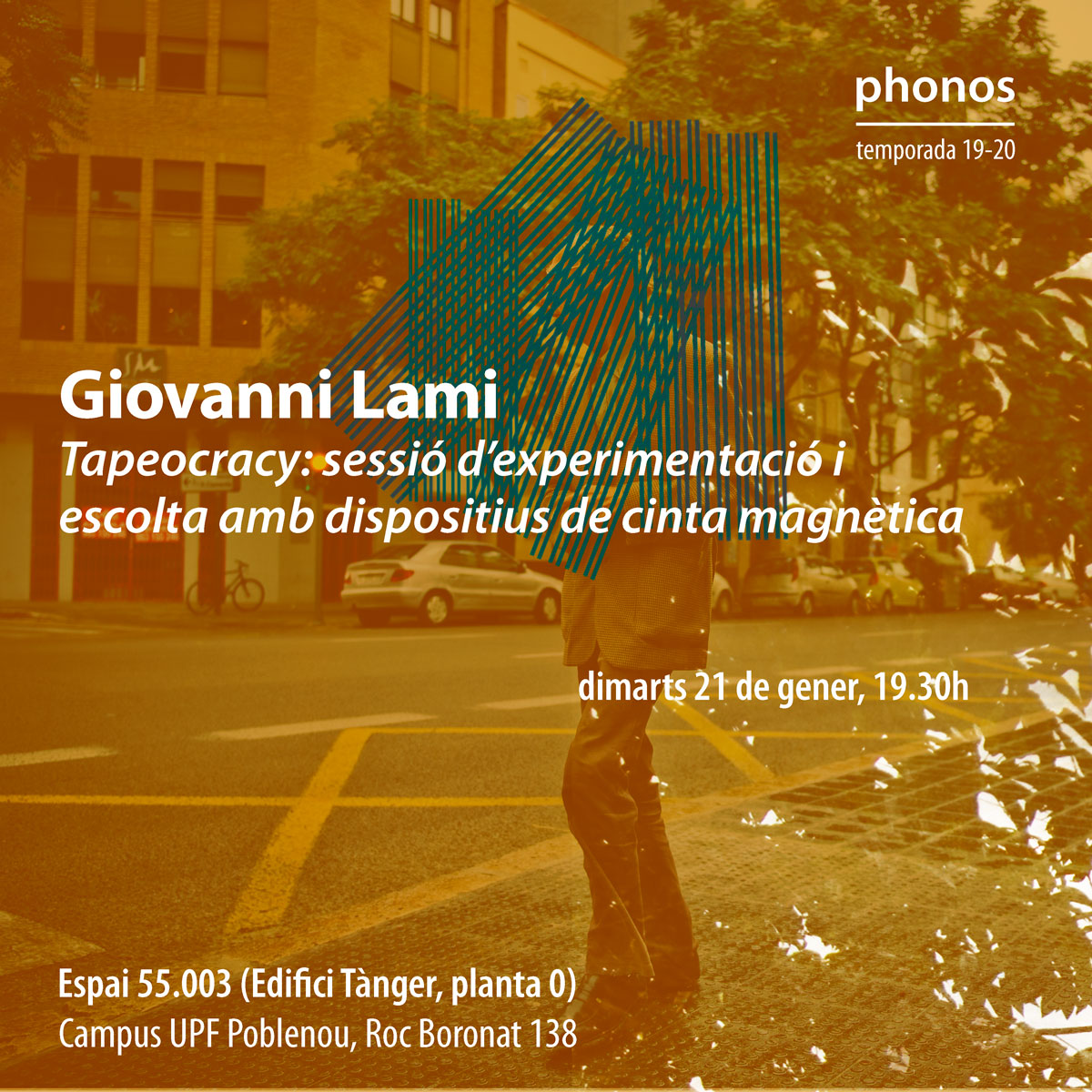 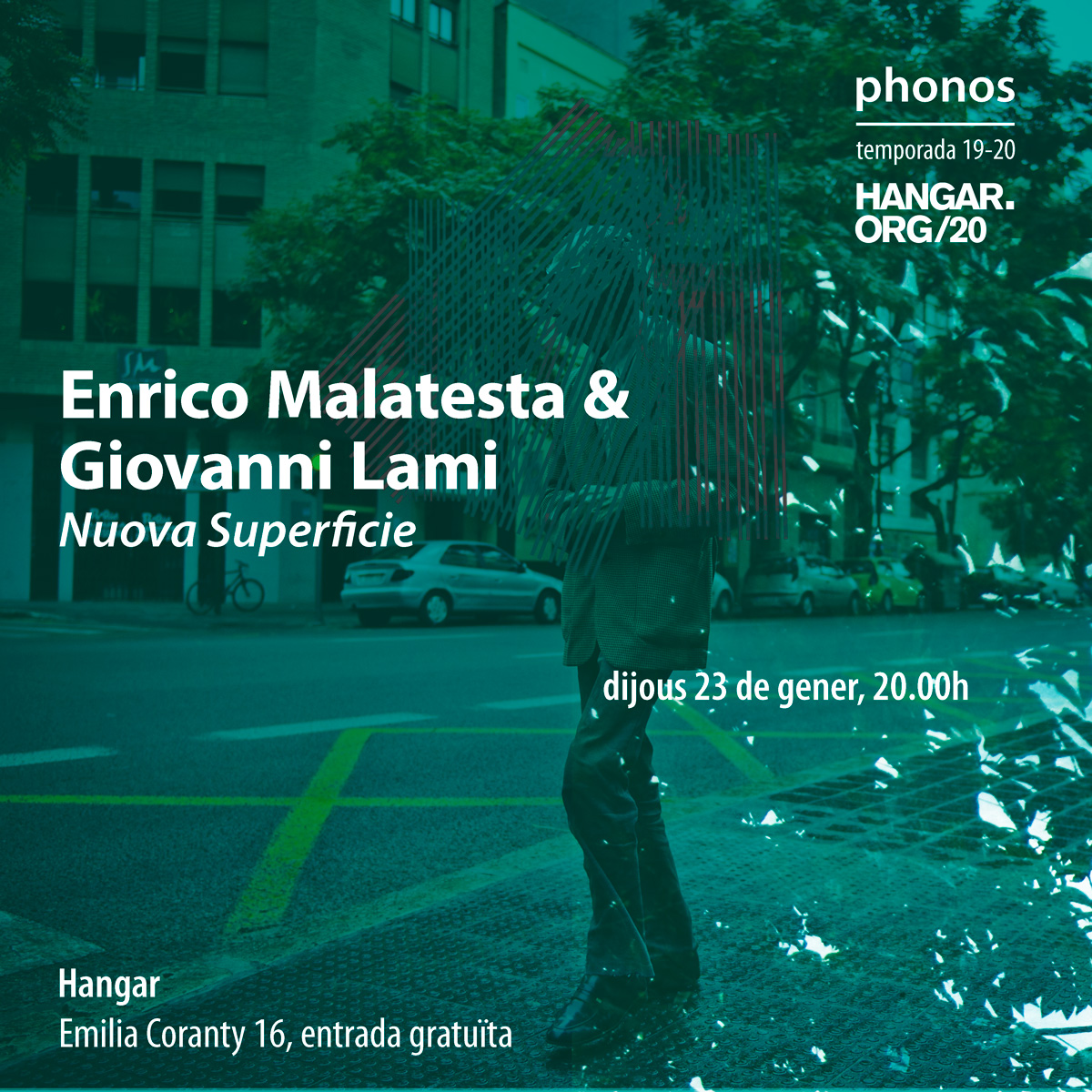