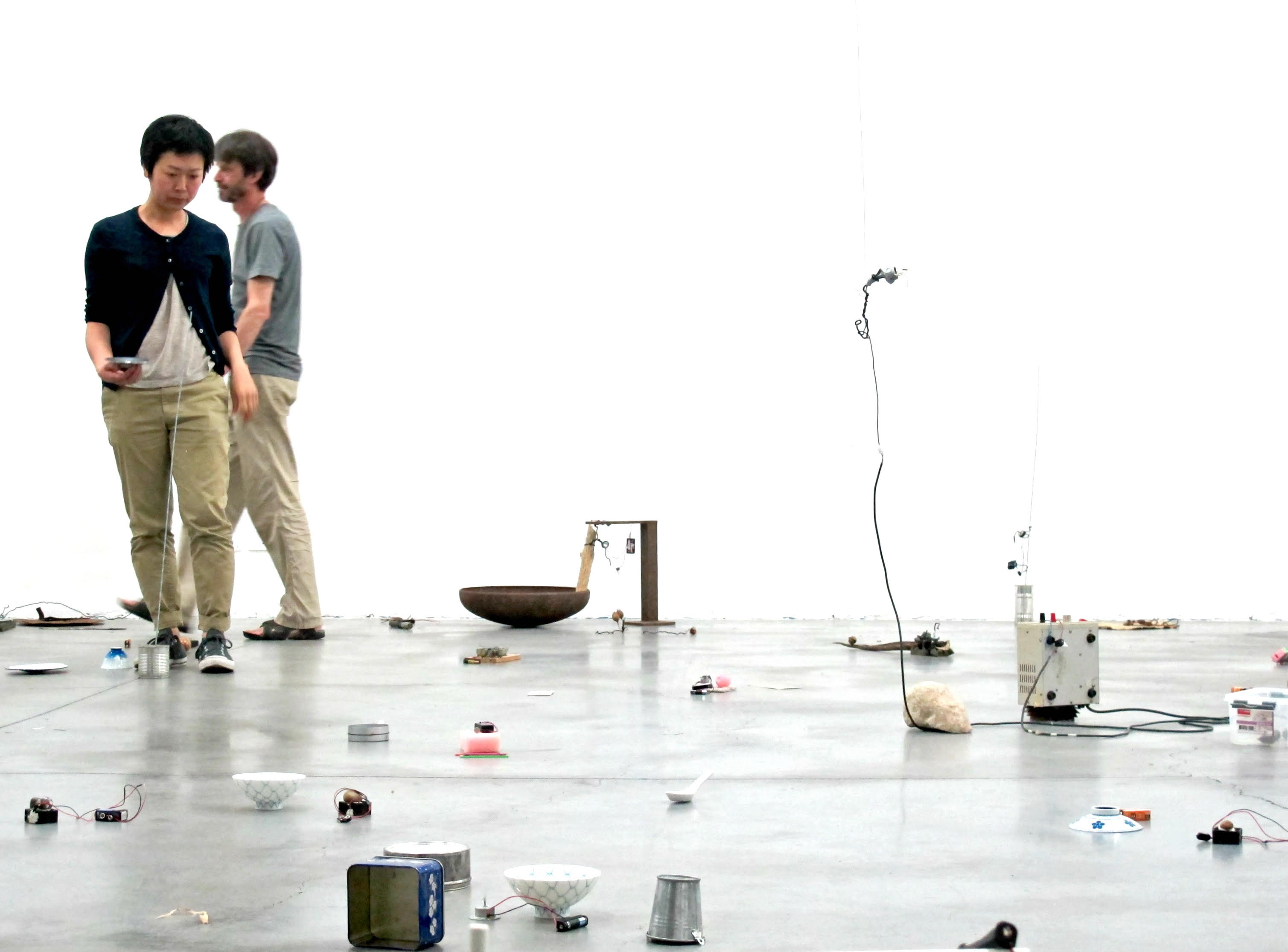 RN and PB have been creating various ways to vibrate things so that their acoustic shadows dance around: invisible air volumes that reshape constantly, move in the space, enter in the most secret places and inside ourselves. A way to get closer to things inherent spirits is to listen to them. Eventually encouraging them to produce sounds and resonate by various means: to hit, caress, shake, beat, scrape, scratch, claw, boil, clap, rattle, rock, throw, move, magnetize, clamp, cook, pinch, galvanize, motorize, bow, blow, pluck, heath up, let flow, freeze, drop, drip, connect, roll, mix, extend, sing…

Pierre Berthet was born in 1958, and lives and works in Liège, Belgium. Musician, composer, sound artist. He studied percussion with Georges-Elie Octors. Improvisation with Garrett List. Composition with Frederic Rzewski. Music theory with Henri Pousseur. He composes and builds sculptural sound objects and installations (steel, plastic, water, vacuum cleaners, ...) He presents them in exhibitions and solo or duo performances in the galleries, outdoor contexts, music venues etc. He worked with Frédéric Le Junter, played percussion with Arnold Dreyblatt and has a duet project with Rie Nakajima.

Rie Nakajima is a Japanese artist working with installations and performances that produce sound. Her works are most often composed in direct response to unique architectural spaces using a combination of kinetic devices and found objects. She has exhibited and performed widely both in the UK and overseas and has produced ‘Sculpture’ with David Toop since 2013. With Keiko Yamamoto she has a music project 'O YAMA O' which explores music with no genre. She also has a collaborative project ‘Dead Plants/Living Objects’ with Pierre Berthet. She has had her first major solo exhibition at IKON Gallery in Birmingham in 2018. 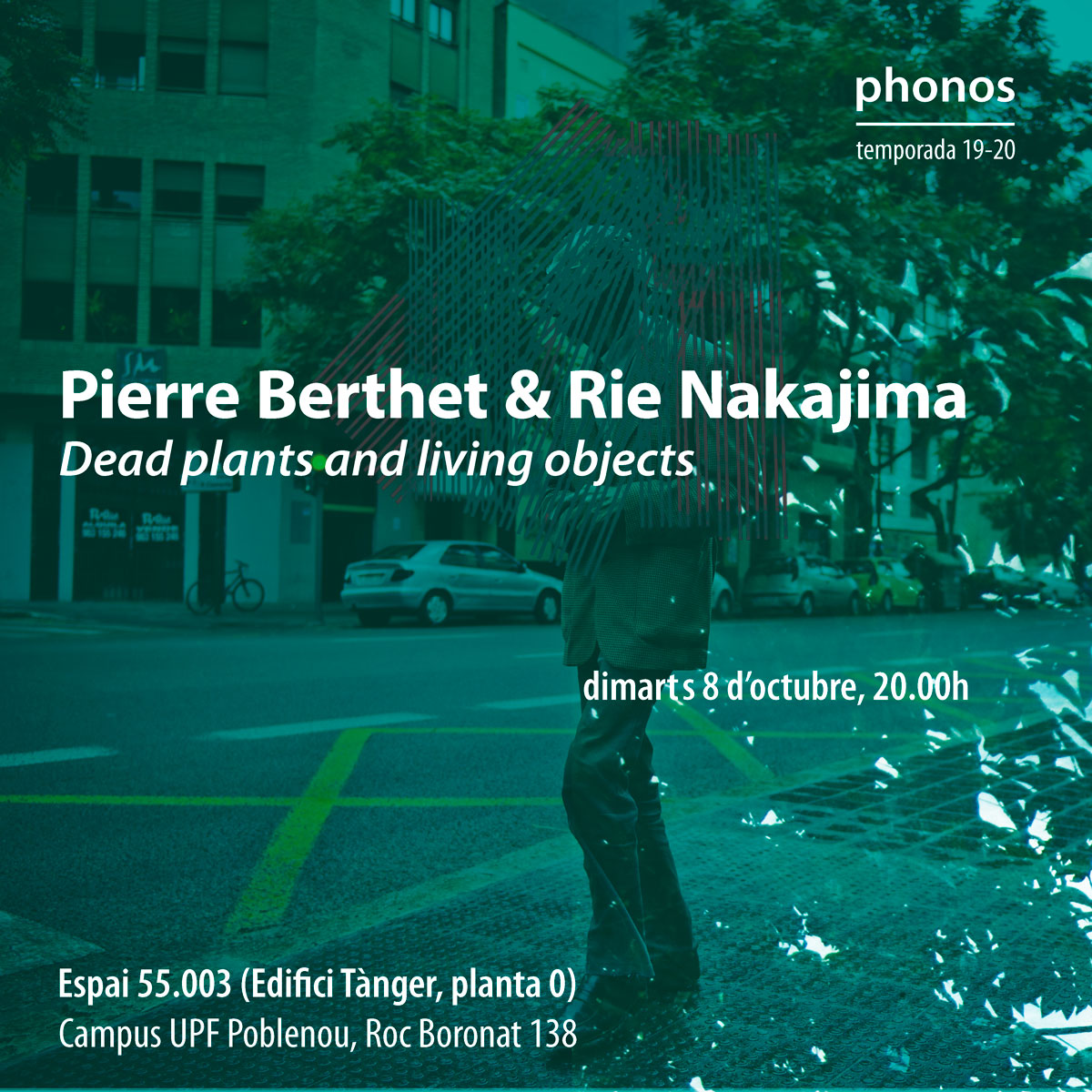 and the collaboration of: