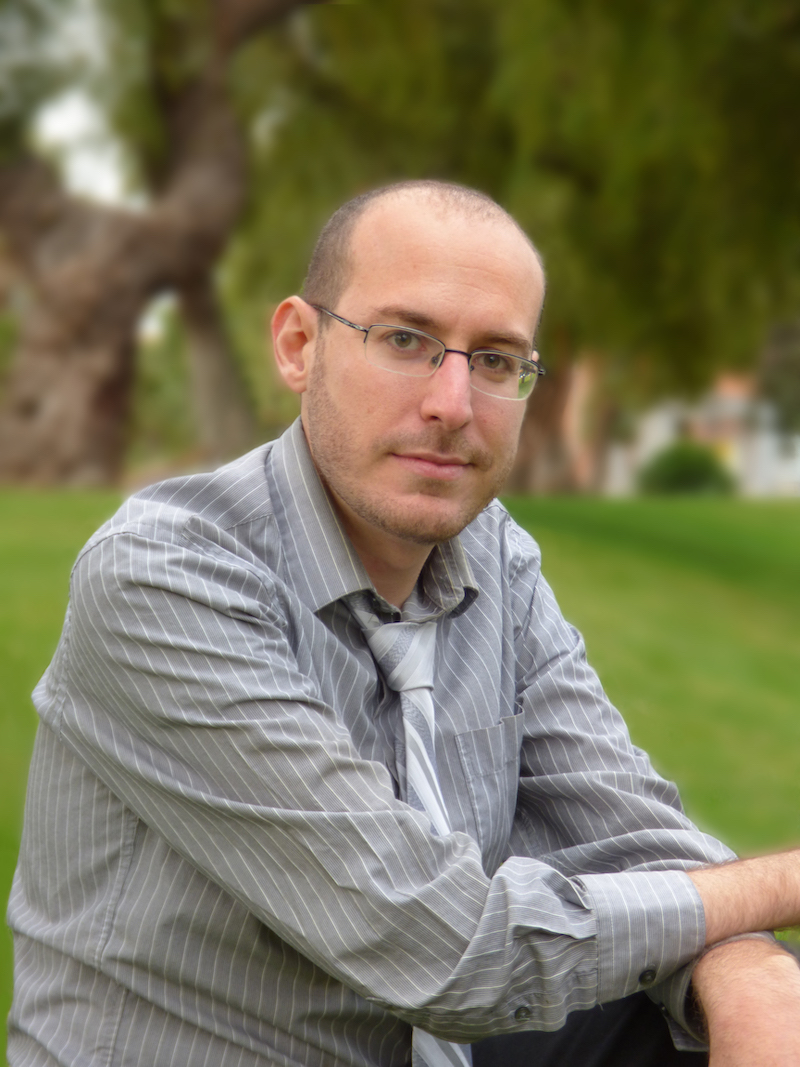 Gil Dori is focusing on artistic application of real-time reactive notation. His goal is to engage in music research and practice of this subject with members of Music Technology Group and Barcelona Laptop Orchestra, and through that to create a new composition. In addition, Gil intends to give public talks about notation, emphasizing new forms of music scores which involve computers and technology.

"This work would done in collaboration with David Cabrera (Music and Machine Learning Lab) and members of BLO. The goal of this piece is to experiment further with ideas I explored in my work (bcn)621 (for percussion, cello, and laptop), in which the actions of the performers dictate the sound. In this piece, each performer has a fixed sequence of actions, which repeat in different proportions. These sequences define the relationship between performers, as a counterpoint of actions, and provide the formal structure of the composition. The laptop performance is done with an augmented violin bow instrument, which uses position tracking to process the sound of the bow in real time. For the proposed piece, instead of a fixed score with pre-determined actions, I want to create a reactive score which will generate the instructions for the performers in real time. This would be a graphic, or non-standard notation, which will be most suitable for performance with electronic instruments. I already spoke with members of BLO, who built their own electronic instruments, and they are interested in working together on such piece and performing it. David also expressed his interest in this project. We have been discussing ways to implement the motion tracking system he develops as a means to control the score."

Gil's residency will culminate in a concert in Phonos season 2019-2020 in which he will present his new compositions, as well as older pieces and works by other composers that relate to the overall concepts of the project. Curating this concert will be in consideration of the available resources.

Gil will also give a series of talks about notation, with emphasis on non-standard scores with relation to technology, presenting historical perspectives, important works, current works, and his own approach to this subject. The talks will not be long (one hour or shorter), and will be oriented towards non-academic listeners. Topics covered will include: notation as a tool for communicating ideas, graphic notation, animated scores, notation for electronic ensembles, real-time and reactive scores.