CONFERENCE CANCELLED - This activity  will be reschedule on March 2021

The PhD Program in Political and Social Sciences invites PhD students and professors to the WELCOME DAY that will include the lecture "Feminism as a threat" by Eva Anduiza, Professor of Political Science, Universitat Autònoma de Barcelona (UAB), on 23rd October, at 12:00 h, in room 40.S02 (Roger de Lluria Building, ground floor). 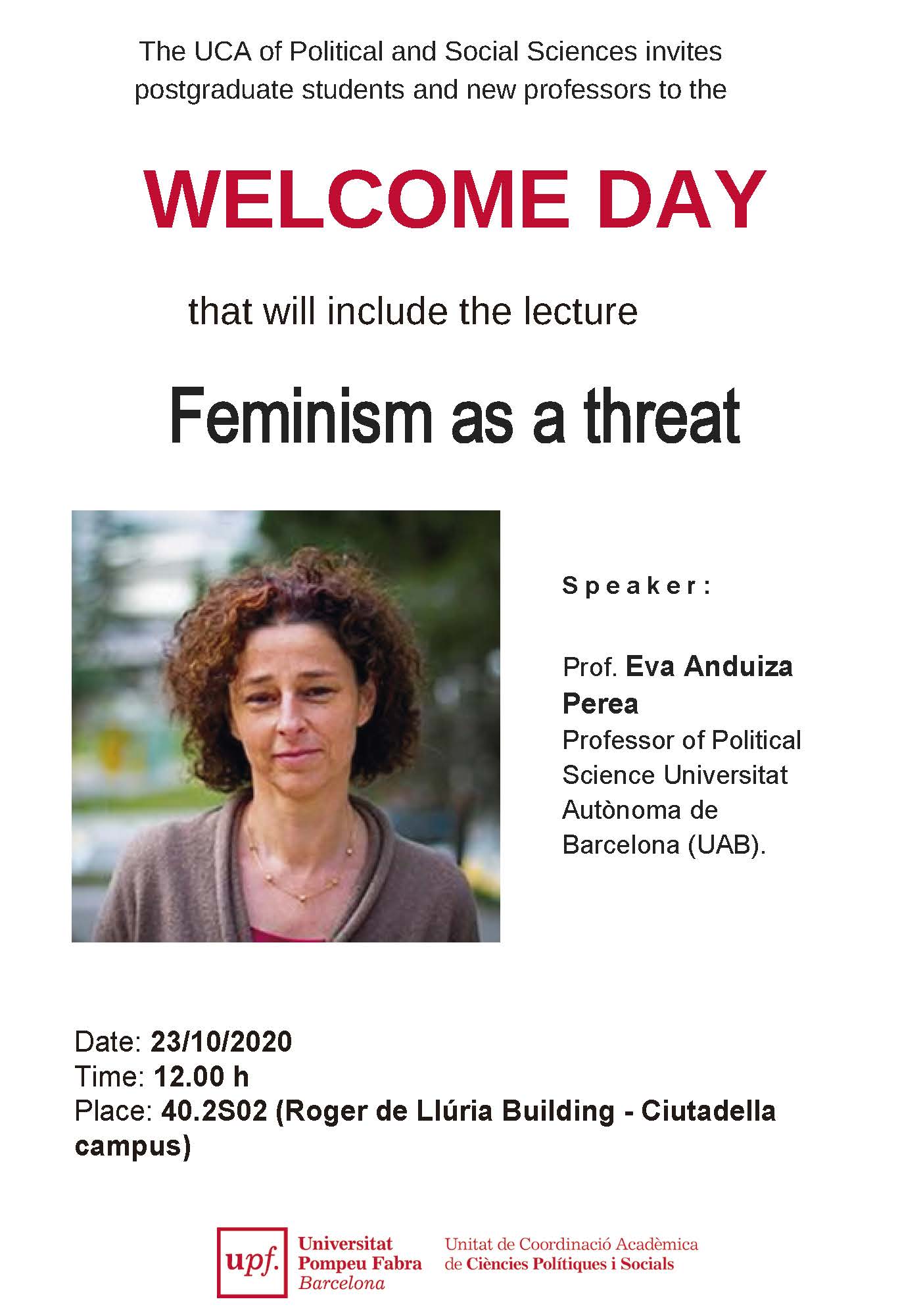 Eva Anduiza Perea is a Professor at the Department of Political Science of the UAB since 2003. She holds a degree in Political Science and Sociology from the Universidad Complutense de Madrid, a postgraduate diploma in Social Science Data from the University of Essex, and a PhD in Political and Social Sciences from the European University Institute. Before joining the UAB she taught Political Science at the universities of Salamanca and Murcia. She is currently principal investigator of the research group on Democracy, Elections and Citizenship. She is a member of planning committee of the 5th Module of the Comparative Study of Electoral Systems, and of the editorial boards of European Journal of Political Research, Acta Politica, and Political Studies among other outlets. She has been vice president of the Spanish Political Studies Association (AECPA) between 2009 and 2013. She was the first female scholar to have been awarded the Stein Rokkan Prize for comparative social science research.