Freesound is the biggest website for sharing Creative Commons audio clips in the world. It contains all sorts of sounds, from field recordings to music instrument samples, foley, speech and music loops. The aim of Freesound is to provide audio building blocks to be transformed and combined into other sounds, and reused elsewhere.

The the license distribution for these newly uploaded sounds has shifted a bit compared to previous years’ distribution and we can see that the use of CC-BY has increased, in detriment of CC-BY-NC and CC0.

The number of sound downloads (including packs) during 2021 was 20,948,083. All in all, users have downloaded more than 191M sounds and packs from Freesound.

The following cloud shows the query terms that are used by Freesound users when searching for sounds. The top 10 queries include: wind, rain, music, explosion, piano, footsteps, birds, whoosh, woosh and fire: 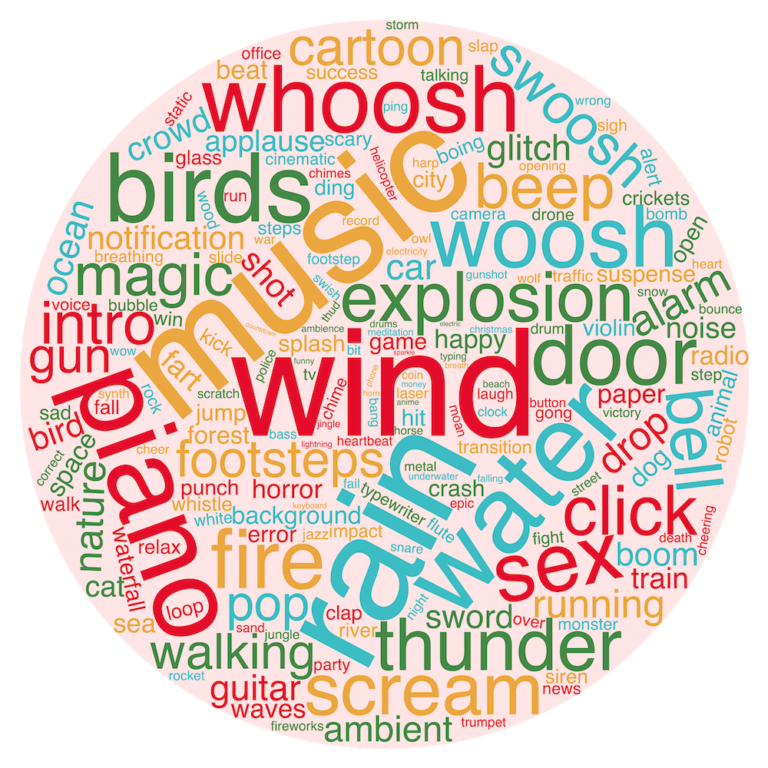 Read the full report on the Freesound blog.