The concert will take place on April 13, 2021 at the Church of Santa Maria del Pi in Barcelona, it will include a series of associated online conferences, with the possibility to participate in person or by streaming. 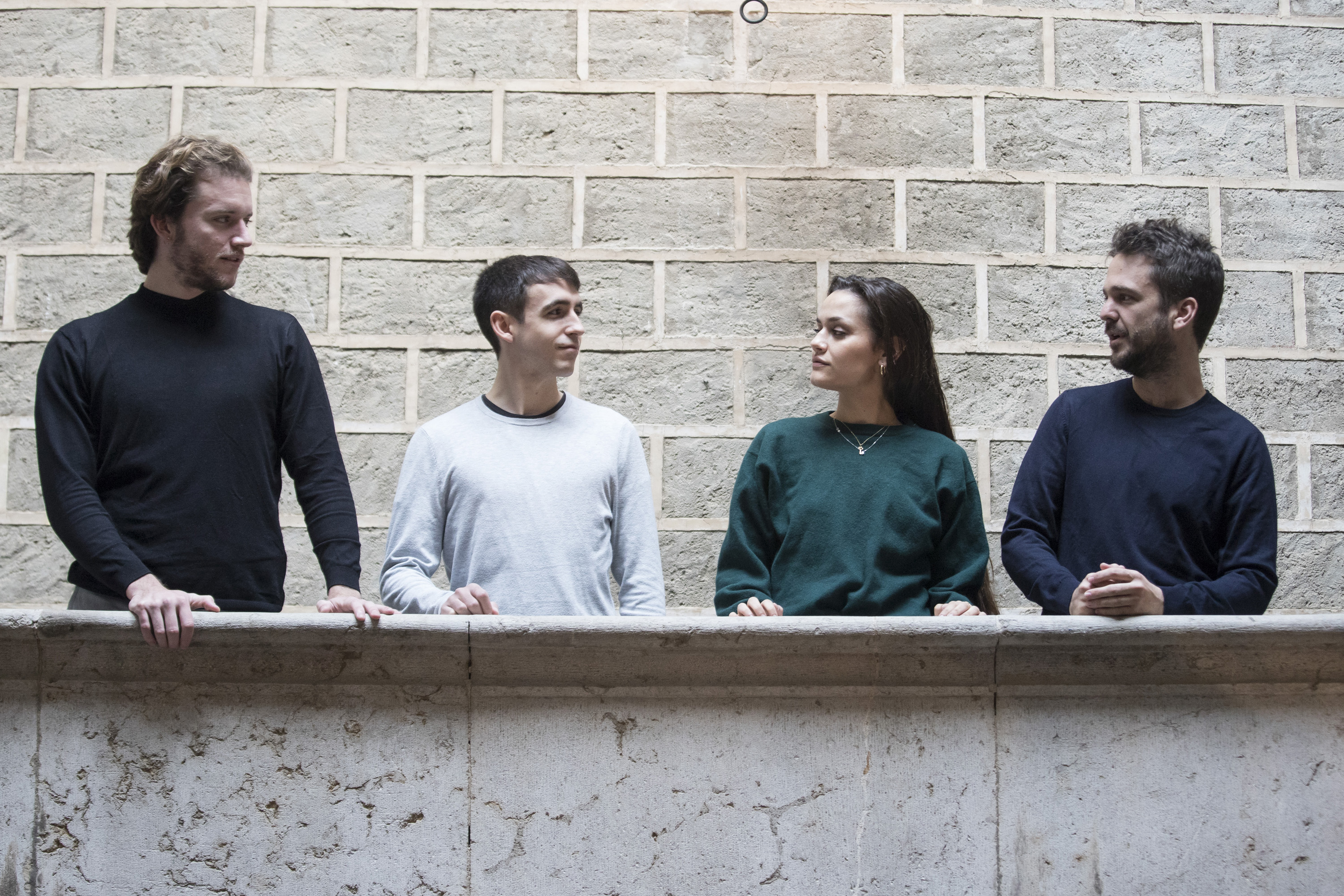 TROMPA project, coordinated by the MTG, in collaboration with the vocal quartet Cantoría and the Escola Superior de Música de Catalunya (ESMUC), co-organize a participatory concert (face-to-face and virtual) to present the online tool "Cantamus" for learning music, specially designed for choir singers.

The concert is a joint collaboration that will allow, on the one hand, to disseminate the musical repertoire of the Iberian Renaissance, of which Cantoría are experts and for which they have created the More Hispano project; and on the other, offering the possibility of participating in the concert, learning two pieces of the repertoire. Participants will be able learne theses pieces using the virtual tool "Cantamus", on of the results of TROMPA project,  developed by Voctro Labs.

TROMPA project aims to enrich and democratize our publicly available musical heritage, and has received support from the European Union's research and innovation program Horizon 2020.

The concert will take place on April 13 at the Church of Santa Maria del Pi in Barcelona. It will include a performance by ESMUC students who will have previously held master classes on historical singing and an interpretive workshop around the musical repertoire of the Renaissance and early Baroque, organized by the department of Early Music of the ESMUC, in collaboration with the teacher Marta Almajano, the members of Cantoría and its director, Jorge Losana.

There will be another part in which the rest of the singers will be able to participate, with two pieces: Oy comamos y Bebamos by Juan del Encina, and Sus, sus, sus, by Bartomeu Cáceres. Those who cannot attend in person will be able to follow the concert by streaming and then record their own voice in the virtual tool “Cantamus”, with which a “virtual choir” will be generated, also available to those who attend in person.

Before the concert, two virtual conferences have been scheduled during the previous week, also open to the rest of the interested audience: one of them focused on the new platform for singers "Cantāmus", and another dedicated to the musicological aspects of the repertoire.  On April 7 at 7:00 p.m. (online) the conference on "Cantāmus" will take place by its creators, the company Voctro Labs. The second conference will take place on April 8 at 7:00 p.m. (online) by Maricarmen Gómez Muntané, emeritus professor at the UAB, musicologist expert in this repertoire. 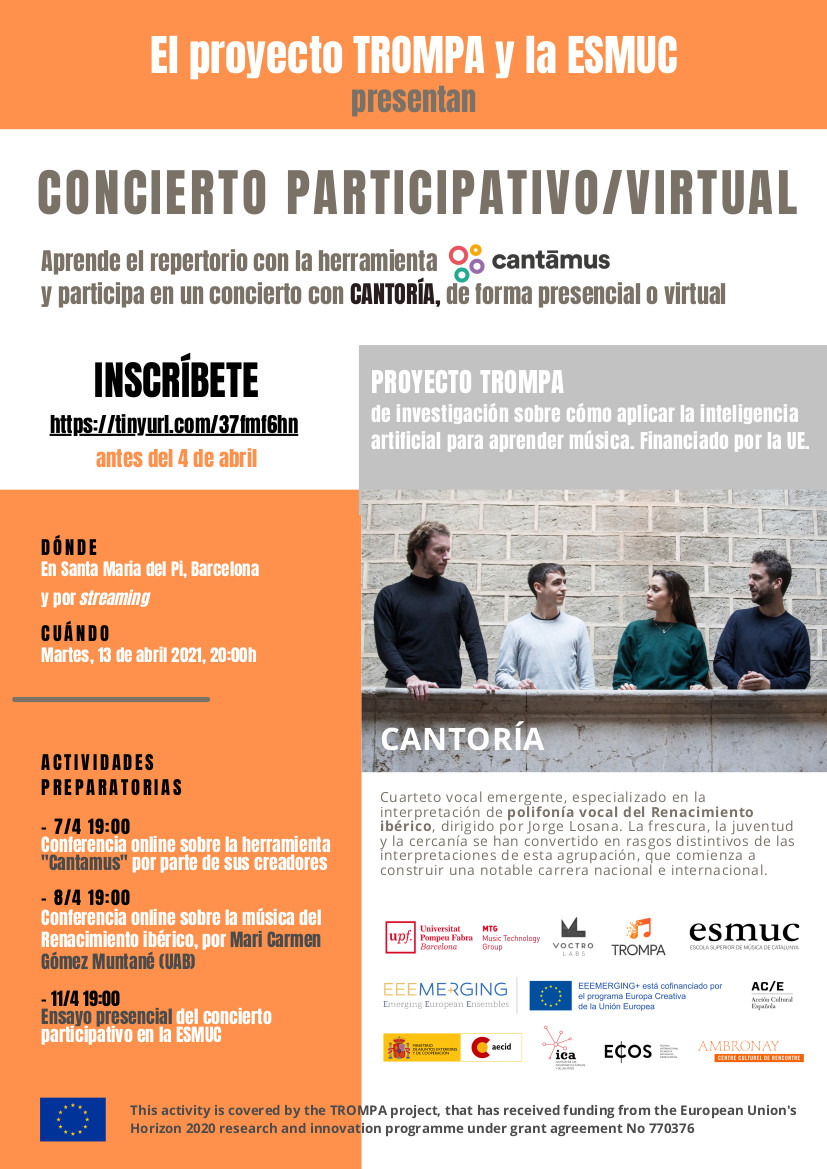 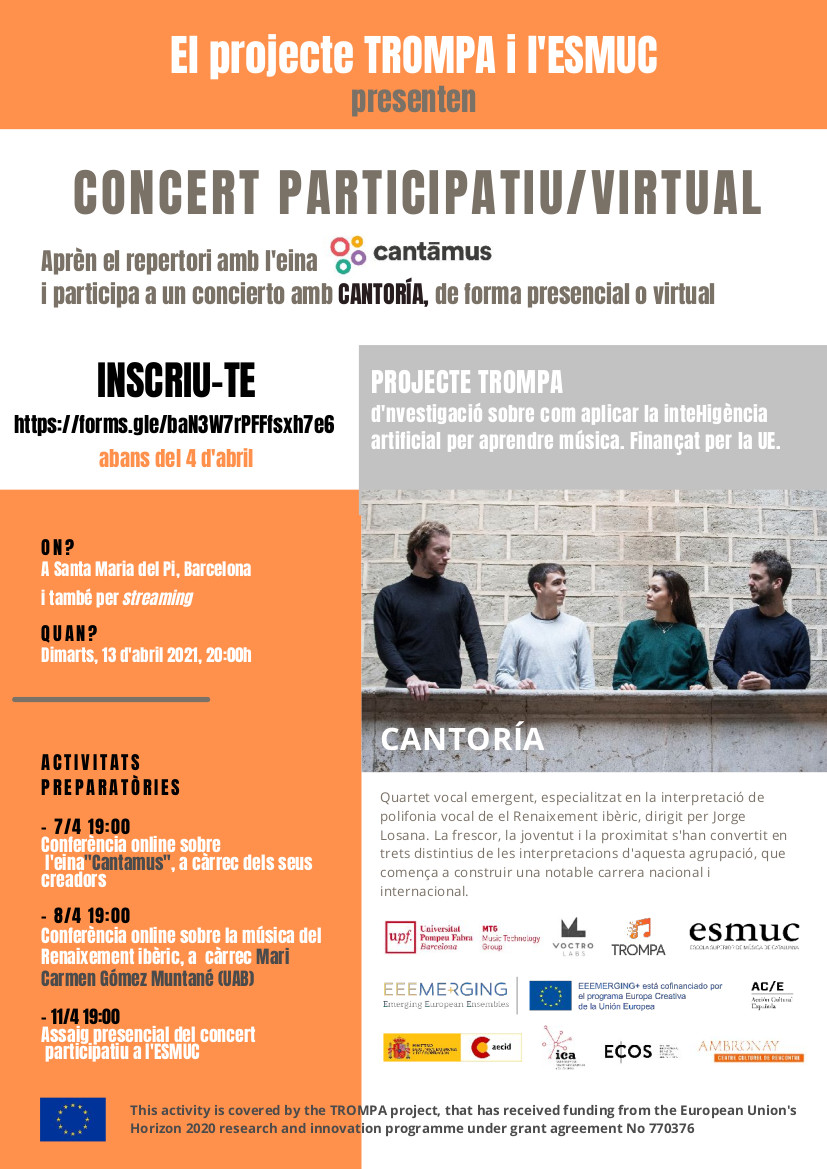