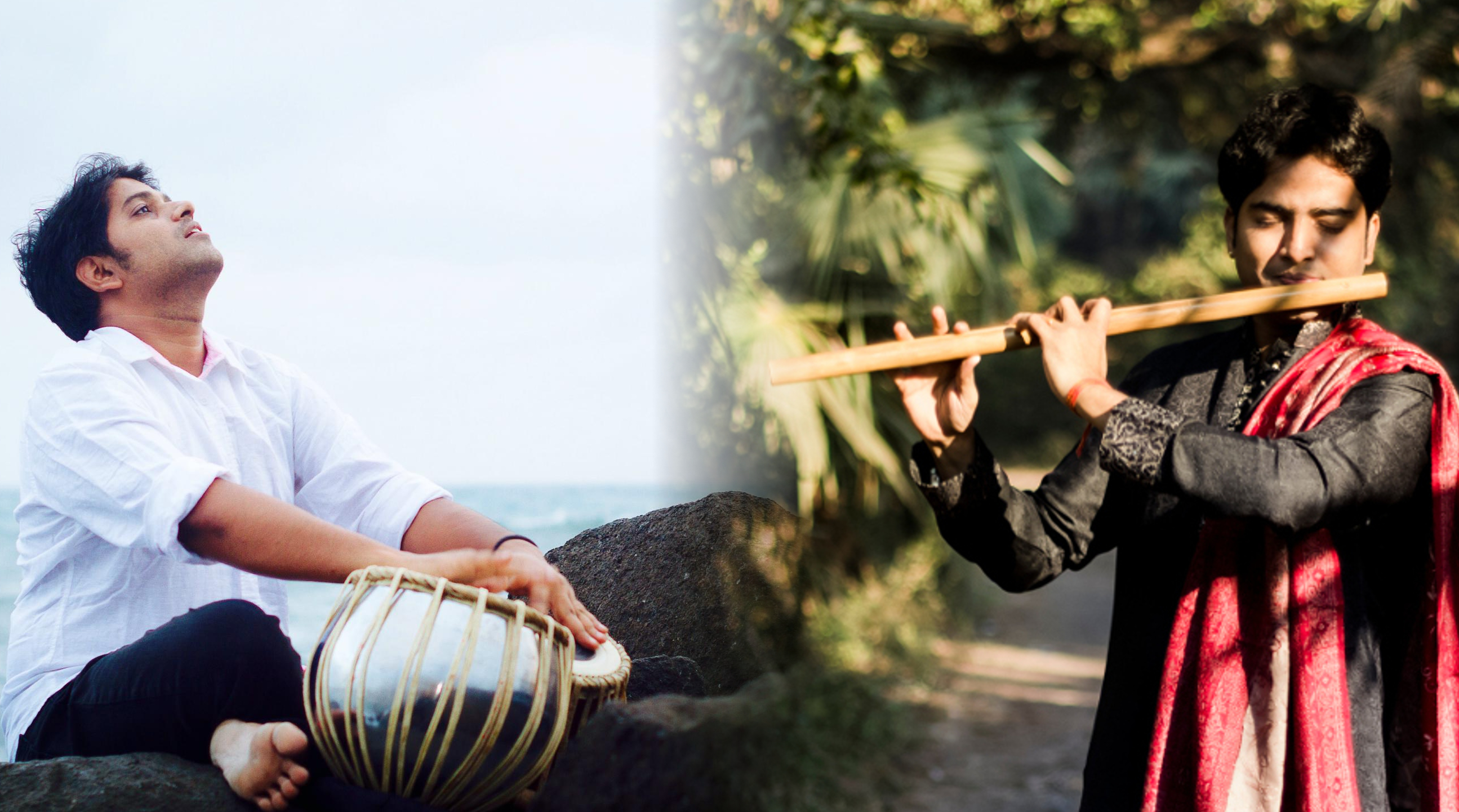 6:30pm Introduction to Hindustani Classical Music: the concepts of rāg and tāl

The goal of a performance of Hindustani Classical Music is the expression of a rāg, a concept that accounts for the principles that determine its melodic content, which is developed with the rhythmic guidance of a tāl. This brief talk will introduce these essential concepts, with the help of the computational tools developed in the Musical Bridges project, and with the aim of aiding those listeners not familiar with this music tradition to better appreciate the following concert.

The flute bansurī is one of the most representative instruments in the performance of Hindustani Classical Music. The accomplished bansurist Bhaskar Das will perform two pieces of the this music tradition, in the form of ālāp-joḍ-jhālā-bandish, first in rāg kirvāṇī, and then in rāg yaman. The renowned percussionist Amit Mishra will accompany Bhaskar Das on the tablā, first in rūpak tāl for the first piece, and then in tīntāl for the second one. 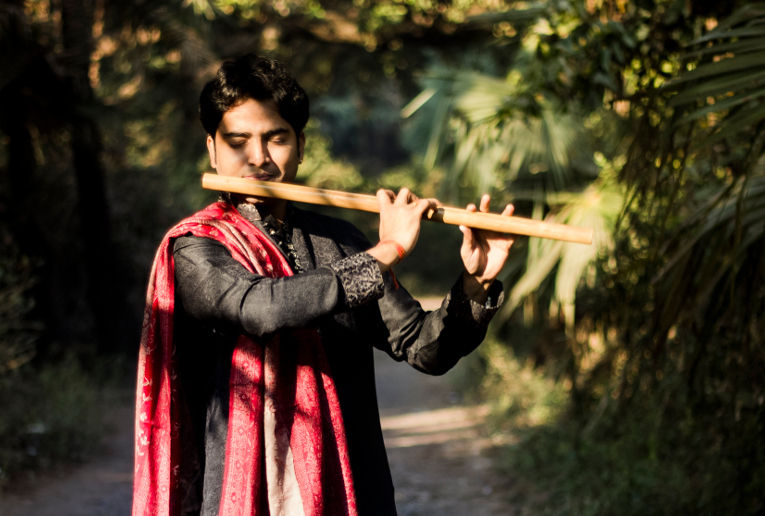 Bhaskar Das had his first concert when he was 8, at Prayag Sangeet Samiti’s conference in Allahabad and since then he has been performing regularly in India and abroad. He is the recipient of a national scholarship offered by the Indian Government which allowed him to get a master’s degree from Banaras Hindu University with distinction. Incredible musicians always appeared in his path when he was ready to receive their wisdom: He has studied with Acharya Pandit Anupam Rai and Pandit Udhai Mazumdar (a renowned tablā exponent and music composer of Benaras-Maihar Gharānā). An ICCR impaneled artist, “A” grade artist by All India Radio & Doordarshan, he have been honored with multiple awards in music competitions such as Sangeet Natak Academy, Sangeet Samiti, Sahara International Music Competition, All India Radio Competition. His strength lies in the ability to imbibe the essence of classical music’s rich heritage while being able to then interpret it in various collaborations. He enjoys playing all kinds of music – classical, jazz and world music, balancing the twin worlds of traditional thought and contemporary perspective. 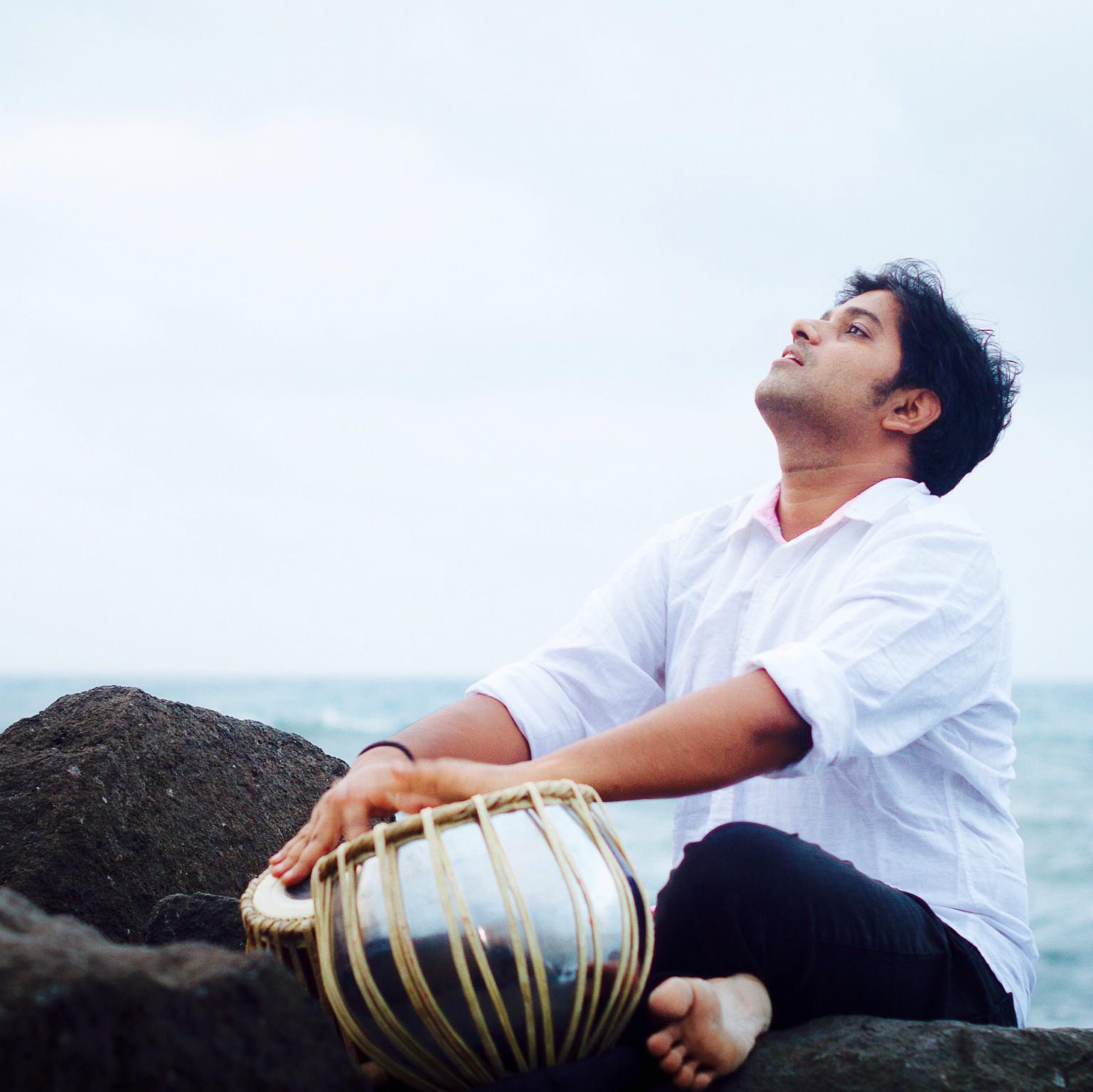 Amit Mishra is an exponent of the renowned Banaras Gharānā of Indian Classical Music. He was born on 2nd October 1985 in the city of Vārāṇasī (Banaras), famed not only for its religious significance but also for its rich heritage of music. He is one of the current scions of this ancient tradition and legacy. Amit was born into the famous Mishra family of Banaras known for its numerous generations of musicians including sārangī players, tablā players, and vocalists. His early forays into the world of music were supervised by his paternal grandfather, the late Pt. Narayan Das Mishra, who groomed Amit in vocal music. Those initial years of grooming helped Amit develop a foundational understanding of various forms of vocal music such as khayāl, ṭappā, bhajan, etc. Even as he pursued vocal music, however, Amit Mishra developed a keen interest in tablā playing and started learning it under the guidance of his father, Pt. Kishor Kumar Mishra and uncle Pt. Pramod Kumar Mishra. As he began to devote himself entirely to tablā playing, he was both inspired and blessed by his maternal grandfather, the late Tablā Samrat Pt. Samta Prasad Mishra. He then received advanced instruction from his Guru, the internationally acclaimed late Pt. Sharda Sahai (a direct descendant of Pt. Ram Sahai ji, the founder of the Banaras Gharānā style of playing the tablā) in the traditional guru-śiṣya-paramparā of India. At present, Amit Mishra is based out of Mumbai, India, where he maintains a busy performing as well as a teaching career. He is both an accomplished soloist and a sought-after accompanist of both vocalists and instrumentalists.

This activity is organized with the support from RecerCaixa, a program of l’Obra Social ”la Caixa” in collaboration with ACUP, and with the technical support of Fundació Phonos.