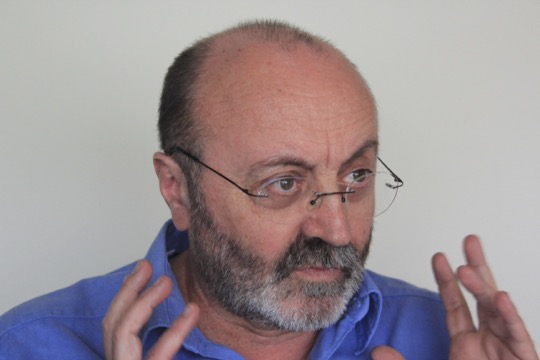 We had the privilege to receive again the visit of professor Xavier Giró, to lecture on Critical Discourse Analysis to this year’s promotion at the Research Methods course.

Professor Giró is a former professor of Political Journalism and critical discourse analysis applied to news Media. His PhD thesis on Media and Nationalism was awarded 20 years ago with the prize of the Catalan council of information and in 2014 he and his research group were recognised with the prize for the promotion of diversity in audiovisual media. He was the founder of ORIGEN (observatory of gender equality in news).