A 2019 dissertation published in Media, Culture and Society - Notícies 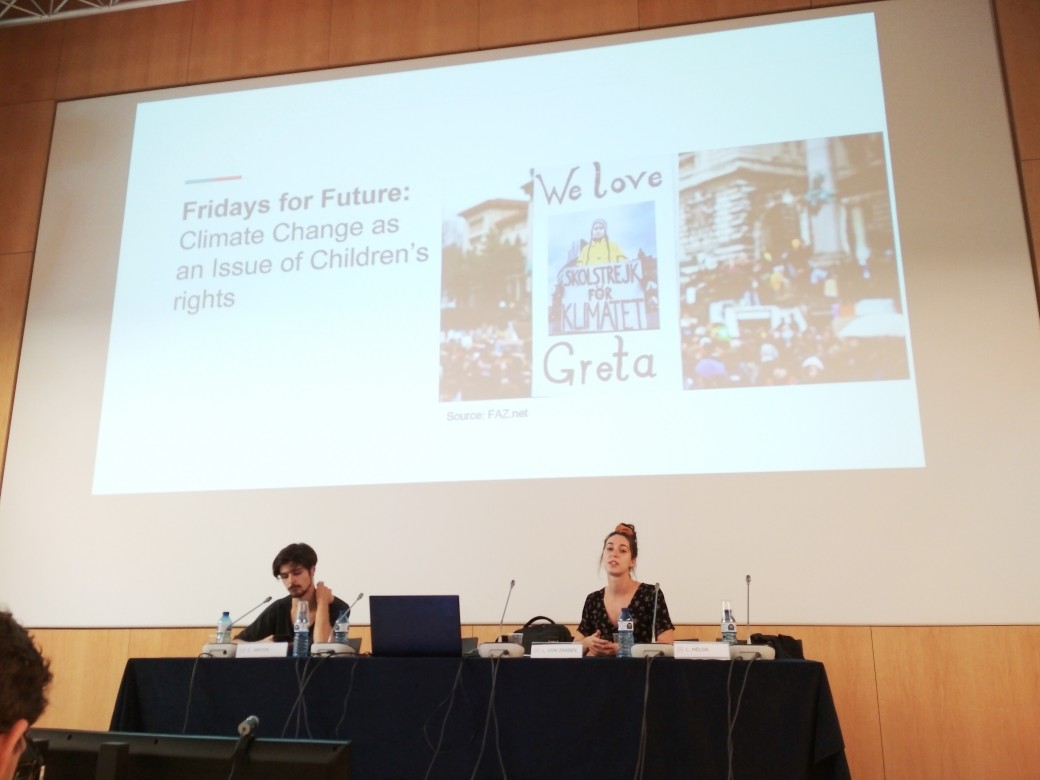 We are delighted to announce the publication of one of our 2019 students's final dissertations: "Rebel with a cause: the framing of climate change and intergenerational justice in the German press treatment of the Fridays for Future protests" by Lena von Zabern and professor Christopher Tulloch (supervisor of the final project).

The work has been published in Media, Culture and Society (impact factor 2.000, ranked 31 out of 92 in Communication in JCR). The dissertation had been previously awarded First Prize as Best Final Master Projects on Planetary Wellbeing 2019 at UPF.

This study investigates the representation of the Fridays for Future strikes in the German online newspapers Bild.de, Zeit Online and FAZ.net. Through a qualitative and quantitative content analysis over the time period August 2018 to March 2019, eight frames have been identified. Whereas Zeit Online shows a framing towards intergenerational justice, the coverage of FAZ.net and Bild.de strongly adheres to the protest paradigm. The majority of all articles guarantees protesters a voice, but this voice is often reduced to apolitical testimonies and the protesters’ self-agency is undermined through disparagement. German media coverage thus tends to reproduce existing power structures by marginalizing and depoliticizing the political agenda of a system critical protest. Although this framing feeds into the shift of the climate change discourse towards adaptation, the study shows that the idea of climate change as an issue of intergenerational justice and children’s rights has become part of the media’s agenda.