Rosalind Gill as Keynote Speaker for the 2019-2020 promotion

Rosalind Gill as Keynote Speaker for the 2019-2020 promotion 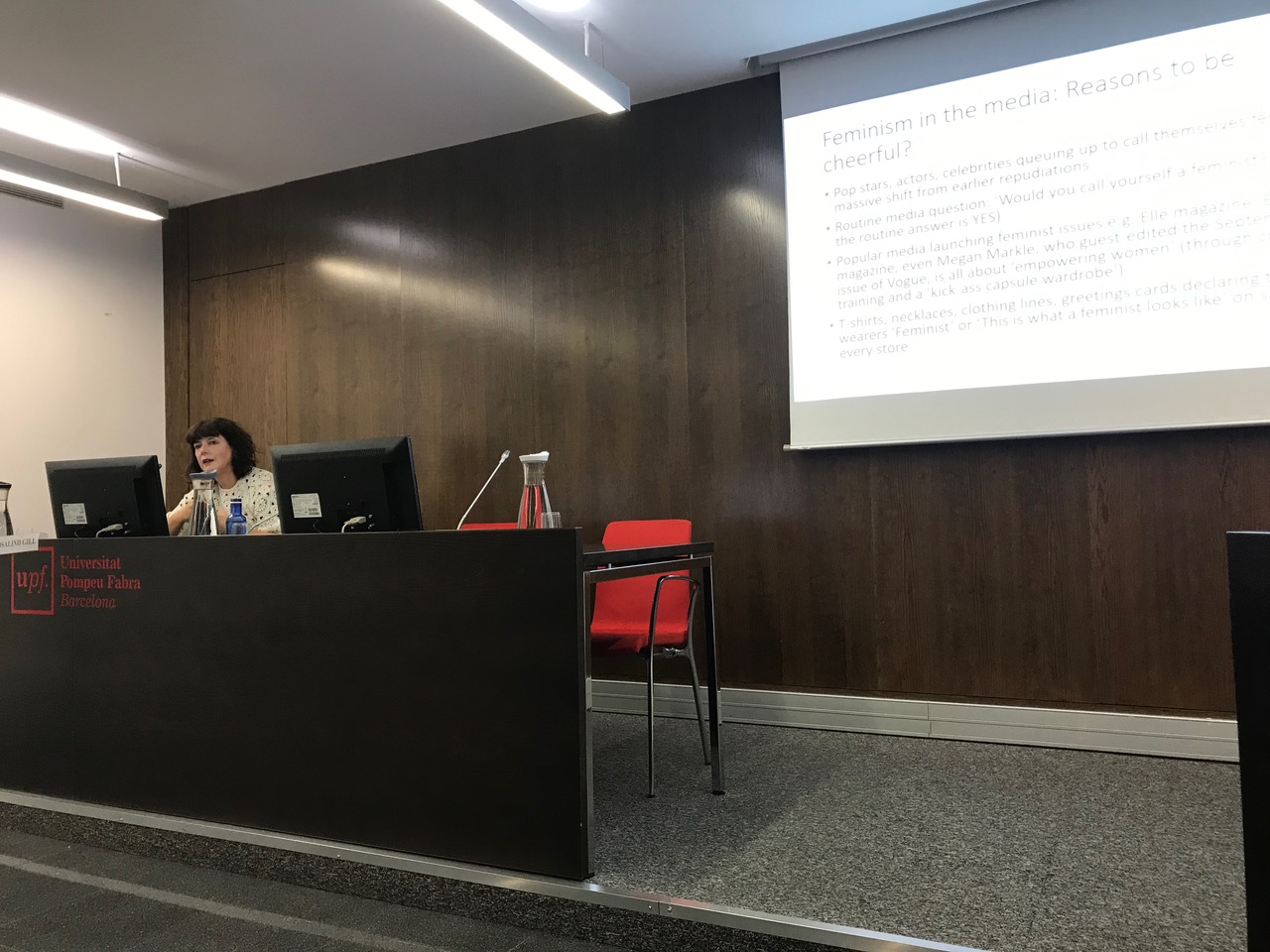 Rosalind Gill, from City University of London, was the keynote speaker this year with the talk delivered on 22nd October 2019: “Trending Now: The complicated life of mediated feminism”. She also hosted a seminar for the students of the Power and Gender Diversity in the Media course.

Professor Gill argues that the notion of postfeminism is still relevant – even at a time that feminism is undergoing a resurgence in many western societies. She highlighted the main features of a postfeminist sensibility including the focus on the body as women’s source of value, the emphasis upon choice and individualism, and the key power of monitoring and surveillance of women (including by other women). Professor Gill showed that postfeminism is increasingly taking on a psychic life and an affective one as we are exhorted to live by the ‘feeling rules’ of postfeminism – the need to be upbeat, confident, resilient and to ‘live your best life’. The sensibility has become almost hegemonic, operating as a kind of gendered neoliberalism.

Professor Gill has worked extensively around questions of labour, the body and media. Her books include Gender and the Media (Polity 2007); Theorising Cultural Work (with Mark Banks and Stephanie Taylor, Routledge, 2013); Aesthetic Labour: Beauty Politics in Neoliberalism (with Ana Elias and Christina Scharff, Palgrave 2015) and Mediated Intimacy: Sex Advice in Media Culture (Polity, 2018, with Meg-John Barker and Laura Harvey).

Recording of the lecture here: