Guest lecture about how to campaign for children's rights in the class "Children, Youth and the Media"

Guest lecture about how to campaign for children's rights in the class "Children, Youth and the Media" 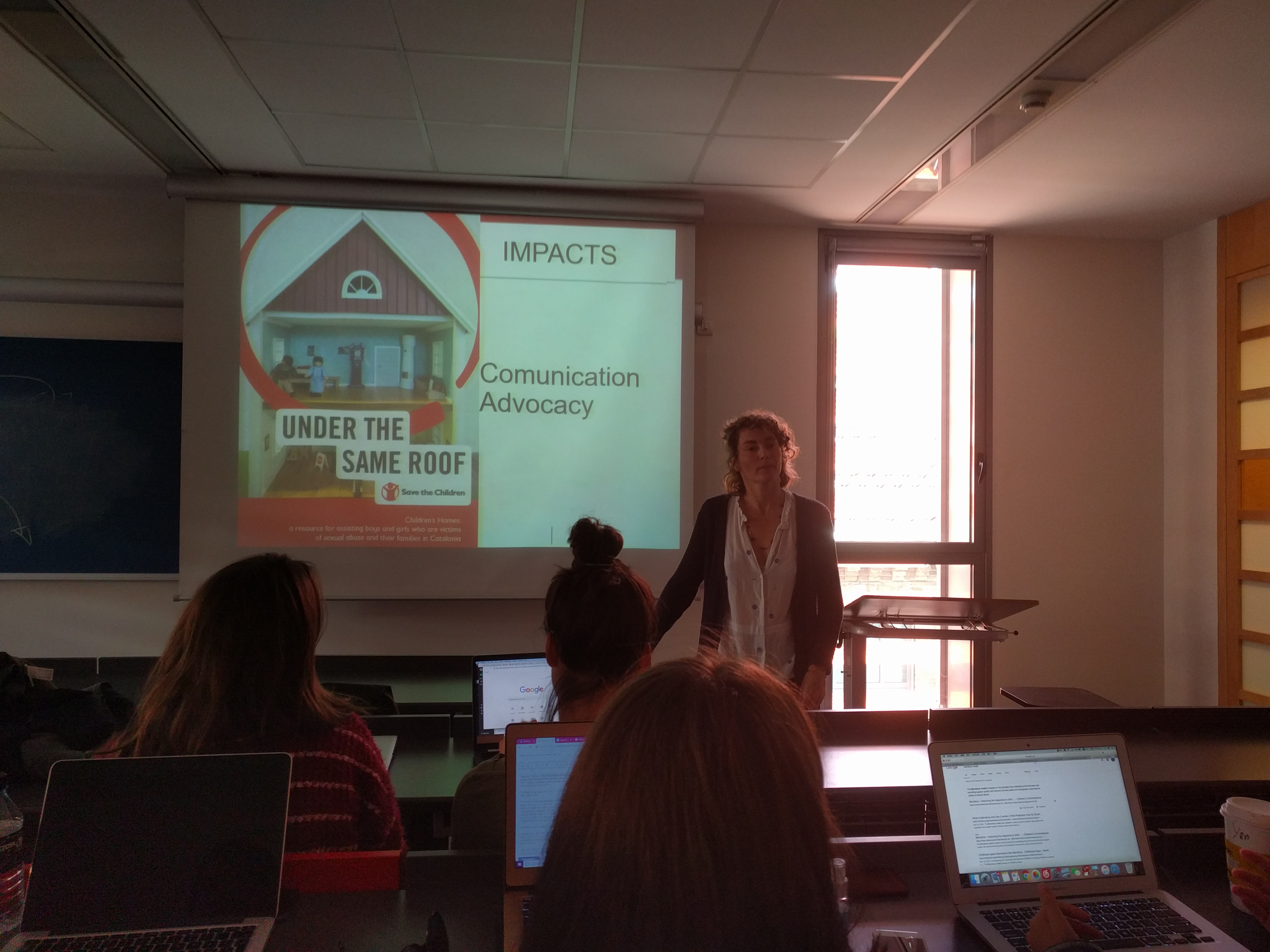 On the 28th of February 2019, at the class Children, Youth and the Media, guest speaker Emilie Rivas talked about how to campaign for children's rights. She is working for Save the Children, an organisation that believes that every child on earth deserves a future. In 2017, the NGO reached over 49 million children directly through their and their partner's work. They focus on three areas: Child Poverty, Violence against Children and on Migration (children on the move). Rivas specifically talked about the campaign in which she participated, which focussed on children's right in Spain. The goal of the campaign was to develop a legal framework in which violence towards children at home or at school would be addressed. Until the moment the campaign became successful, which took more than 10 years, there was only a framework for violence against women in Spain. The talk was very innovative and gave a practical view on how to fight for human rights on a national scale.