Guest lecture by photographer Sergi Cámara in the class "Children, Youth and the Media"

Guest lecture by photographer Sergi Cámara in the class "Children, Youth and the Media"

In the last class of “Children, Youth and the Media”, we received photographer Sergi Camara as a guest speaker. He has a lot of experience in photographing refugees and refugee children. While he worked for news media before, he now prefers to work for NGO’s to have more room for thorough investigation. For instance, he joined the Catalan NGO ‘Proactiva Open Arms’, an organisation that saves refugees from sea between Northern Africa and Spain. 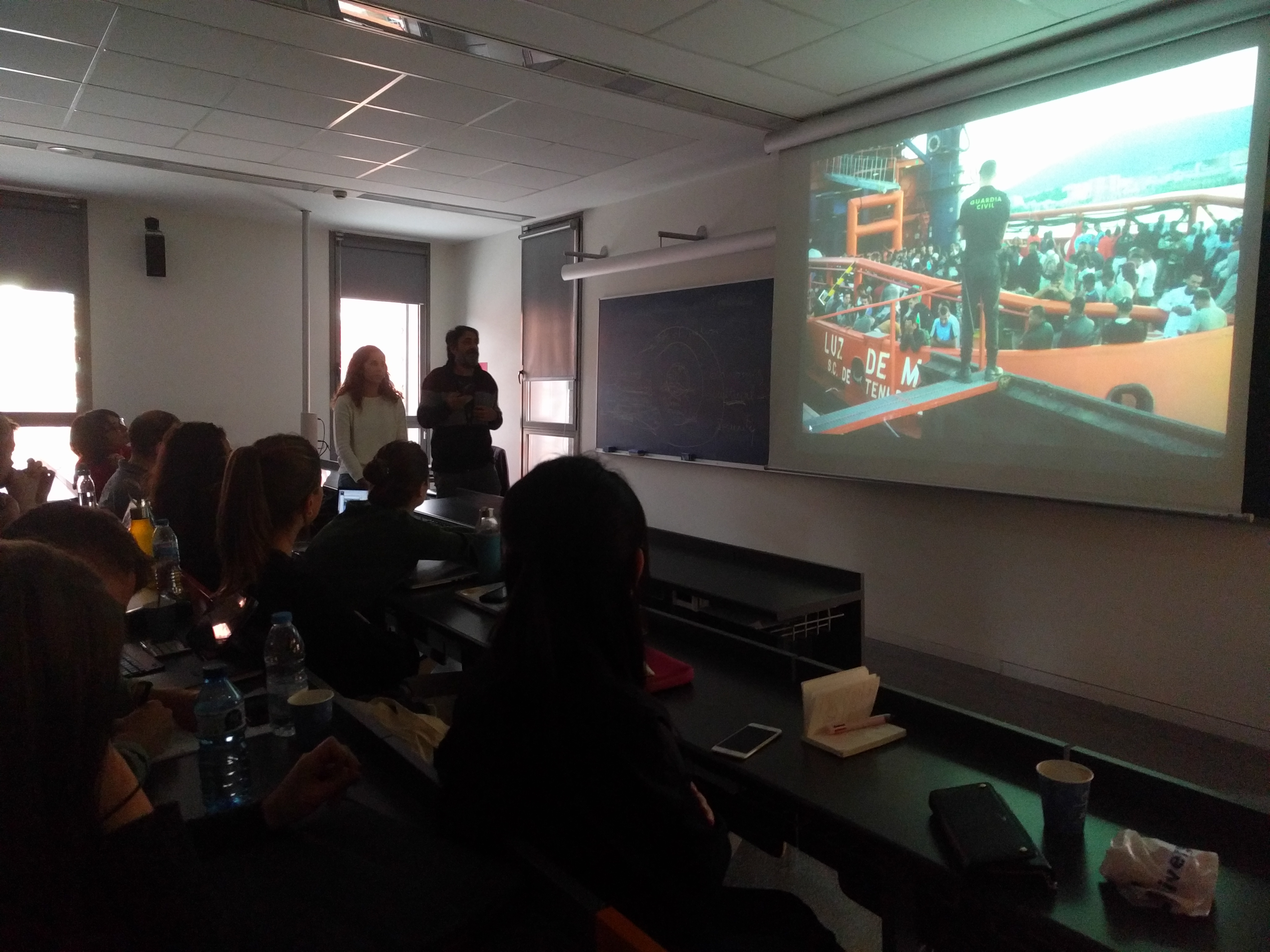 During his talk, Cámara focussed on his experience in photographing the situation at the border between Morocco and Spain. Here he took photos from refugees trying to cross the 6 meter thick fence and refugees who are being deported to the Moroccan side by Spanish police, something that is found illegal by international and Spanish law. Camara was even forbidden to take photographs from these activities, although he and other journalists were later allowed to do so. Yet, it was very questionable why it was not possible at first and now it is. A potential answer was because the Spanish government wanted to ‘normalize’ this deporting process by allowing journalists, as after all, if the public gets used to such images, they might approve such a process more easily.

Camara also took videos of how border police treat the refugees who arrive at the border. In one of his videos that he showed during his talk, 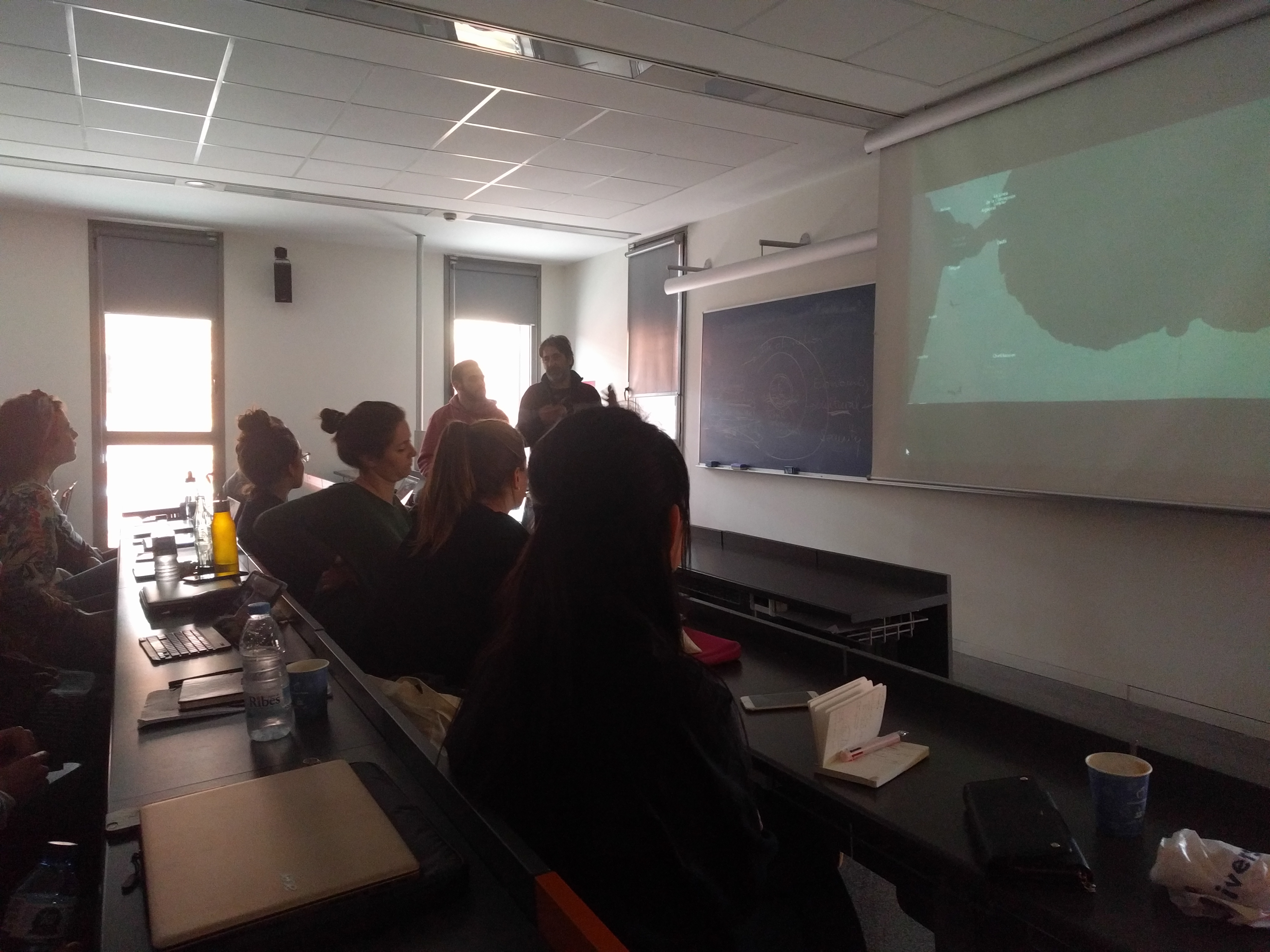 it was clearly visible how Marocan border guards violently attacked unarmed refugees, and how refugees are being taken back to the Marocan side of the border. Camara stated that the violence by the Marocan border police is stimulated by the Spanish government, who finances the border patrol’s work and activities.

Camara continued his presentation with providing lots of background information on the refugee situation, and showed many of his impressive and intruding photographs. We want to thank him for his very interesting and useful talk, and also the students who helped with translating the talk.

You can find more information about Sergi Camara's work and his projects on his website: https://sergicamara.org/.