Some of our former Master's students.

Below, some of our past students, and what they are doing now: 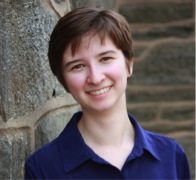 Who am I?: I am from the United States and studied Linguistics and Languages (Japanese and Spanish) as an undergraduate at Bryn Mawr College. After graduating, I taught English in Andorra for an academic year, during which I enjoyed teaching and living in a multilingual environment.

What am I doing now ?:  I am a PhD candidate in Linguistics at Radboud University Nijmegen working under the supervision of Mirjam Ernestus and Esther Janse. My research focuses on how one clarifies their speech in a non-native language and the cognitive effort it takes. As part of ENRICH - a European Training Network, my PhD is funded by the Marie Skłodowska-Curie prorgamme.

My MBC thesis was: "Exploring the Universality in Personality Impressions from Brief, Novel Voices". My thesis director was Albert Costa 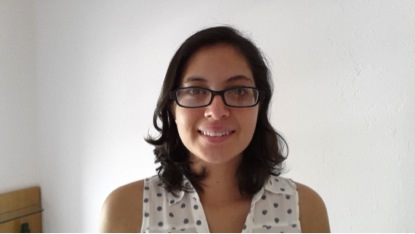 Who am I?:  I am from Argentina. I have an undergraduate degree in Psychology that I obtained at New College of Florida (USA). After graduating, I took a year off and worked as a lab tech.

What am I doing now?: I am currently doing a PhD at the Basque Center on Cognition Brain and Language (BCBL) in San Sebastian. My project focuses on the effects of using different languages (namely a foreign language) and, more specifically, bilingual education.

My MBC thesis was:  "The Effects of Regional Accents on Memory and Credibility". My thesis director was Prof. Albert Costa 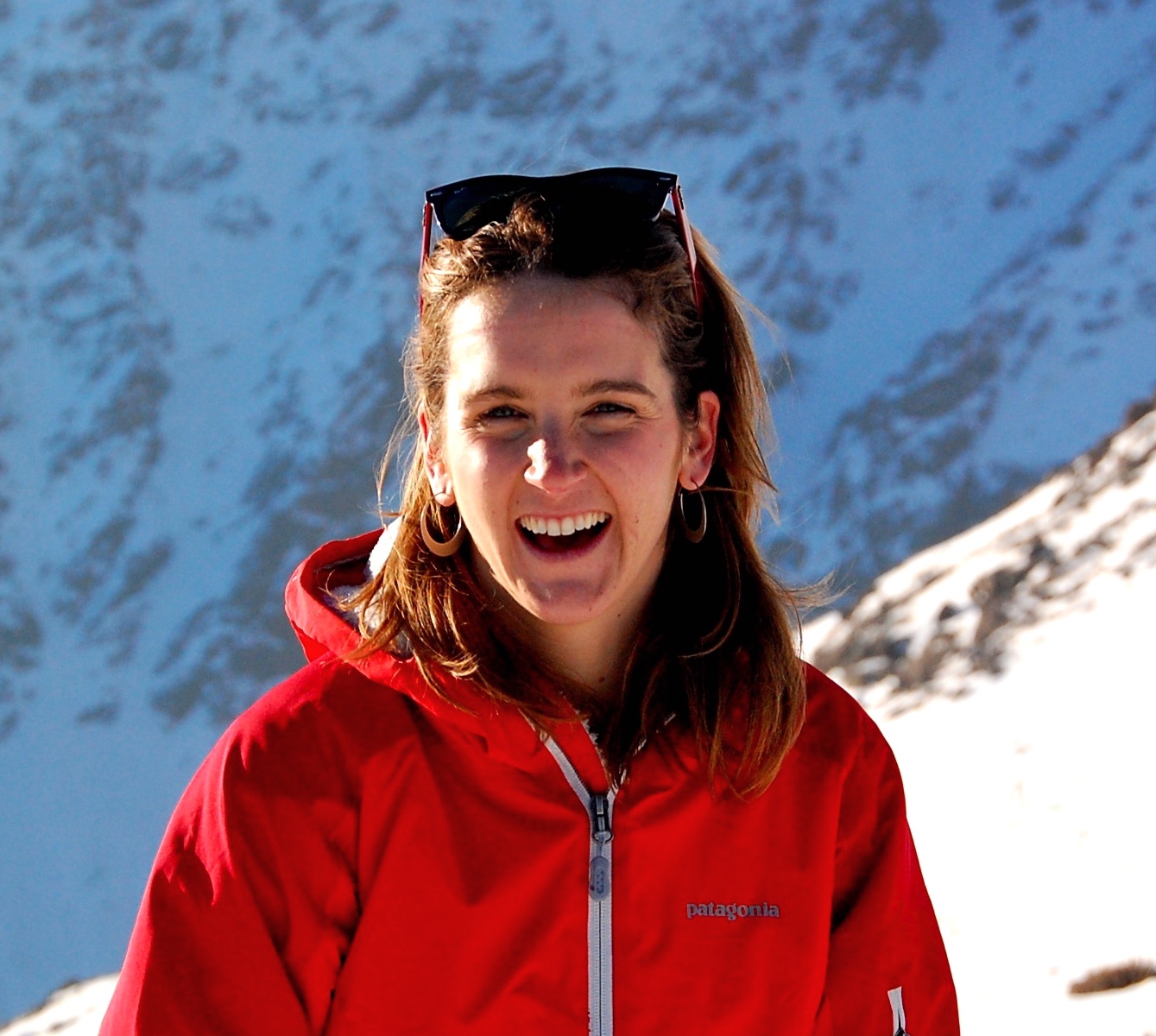 Who am I?: Speech Therapist with a Master degree in Neuropsychology. From Chile with pride, as the best wine ;)

Where am I now?:  I joined the Theoretical and Computational Neuroscience group, at the University Pompeu Fabra, as a PhD student. In my ongoing PhD project, I am currently exploring global network dynamics in the human brain. More in detail, I am exploring integration, segregation and some other intracortical EEG signatures, during  rest and multiple cognitive tasks. I am tackling this aim by measuring intracortical responses using stereotactic electrodes implanted within the brain in epileptic patients.

Who am I?: I was born in Santa Perpètua de Mogoda, but I grew up in Castellvell del Camp. I studied a bachelor of science in high school (Reus, 2007) together with a professional music degree (Vila-seca de Solcina, 2010). I decided to look at linguistics and engaged in Catalan Philology at URV (2007-2012, Tarragona). Meanwhile, I worked as a violin and music theory teacher in Masroig. After having experienced an Erasmus year in Lyon (France), I worked as a Mobility assistant at URV. In 2012 I moved to Barcelona to start an interuniversity master in Cognitive Science and Language, which made me discover Biolinguistics. Thanks to a grant from AGAUR I worked two years in UB Linguistic department, which also allowed me to collaborate with Joana Rosselló and GramMaR research group. Currently, I started a recently-created master in Brain and Cognition at UPF, to work on the relation between music and language with Juan Manuel Toro.

Where am I now?:  I'm engaged in the first year of the Biomedicine PhD program with Dr. Juan Manuel Toro at UPF.

My MBC thesis was:  "Look at the beat, feel the meter: Top-down effects of meter induction on auditory and visual modalities". My thesis director was Juan Manuel Toro.

Who am I?: I am from Switzerland and came to Barcelona two years ago to do my first Master in Cognitive Systems and Interactive Media at Universitat Pompeu Fabra. Since I graduated I have been working in the SPECS Lab of Pompeu Fabra as a research assistant. Before I came to Barcelona I was working as a marketing specialist in various financial institutions and earned a bachelor’s degree in Business Communication.

Where am I now?:  I am enrolled for a 3-year PhD at the SPECS Laboratory at University Pompeu Fabra.

My MBC thesis was:  "Investigating Visual, Proprioceptive and Tactile Interaction through Sensorimotor Adaptation". My thesis director was Salvador Soto-Faraco. 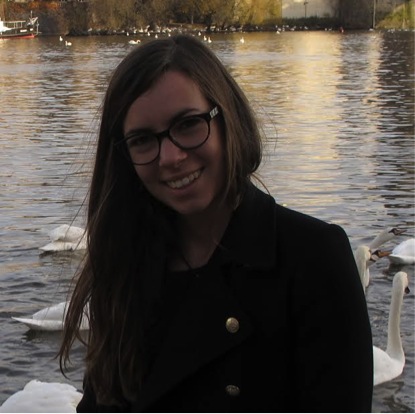 Who am I?:  I am from Barcelona and I have a Biomedical Sciences undergraduate degree (University of  Barcelona, 2014).

My MBC thesis was:  "The cooler you are, the more I learn: the role of social hierarchies on learning". My thesis director was Nuria Sebastian Galles. 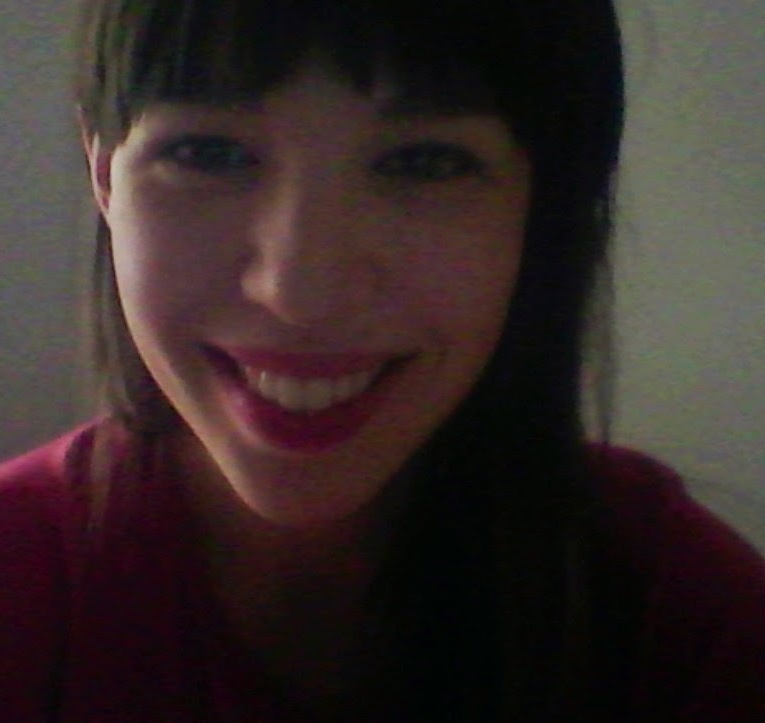 Who am I?:  I come from Slovenia, and I am a Professor of English and Russian Language and Literature. During my time at university I became interested in linguistics and ultimately focussed on it entirely. I finished my 4-year undergraduate course with a BA researching wh-movement in the Russian language, which I tested with a psycholinguistic experiment. Besides studying, I work as an interpreter, translator, editor and language tutor.

Where am I now?:  I am a Research Assistant for Prof Juan Manuel Toro, and we are continuing with the research on rule-learning in different context using sine-wave speech, as outlined in my master's thesis. 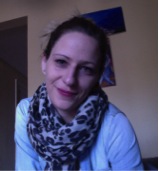 Who am I?:  Hi, I’m Mara. I did my undergraduate in Psychology at the University of Aberdeen, Scotland. Originally I’m from Germany.

Where am I now?:  I'm working as a psychologist in the department of neurology in a rehabilitation clinic in Germany. In parallel, I'm enrolled in further education to become a clinical neuropsychologist. The rest of my time I dedicate to research, currently working on a study about illness perception in people with epilepsy. Therefore, I would like to additionally start a PhD in the near feature.

My MBC thesis was:  "The dynamics of perceptual bistability". My thesis director was Nava Rubin/Luca Bonatti. 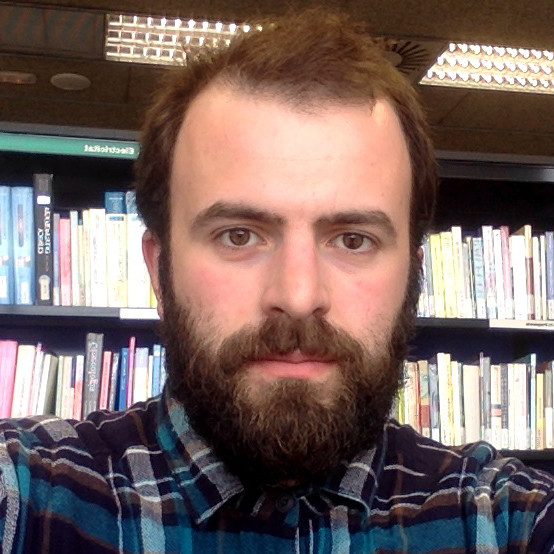 Where am I now?:  I will be starting a PhD in Cognitive Science and Language at the University of Barcelona, and I am a researcher at Biolinguistics Initiative Barcelona headed by Cedric Boeckx.

My MBC thesis was:   "Generalizing rules over clicks". My thesis directors were Luca Bonatti and Juan Manuel Toro. 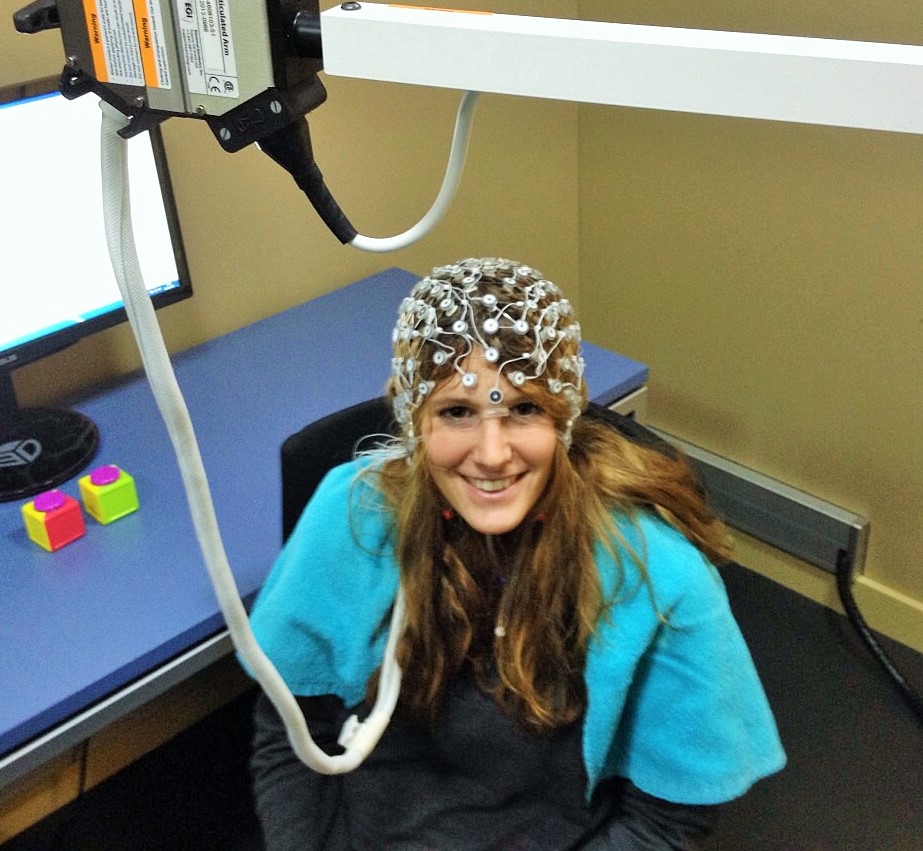 Who am I?:  I am from Alicante and I came to Barcelona to start my university studies in relation to Biology, and more concretely, to the Neurosciences. I completed my undergraduate degree of Biomedical Sciences in the University Pompeu Fabra (2010-2014).

Where am I now?:  I am a PhD student in the UPF Speech Acquisition and Perception group, in CBC.

My MBC thesis was:  "The social sense of belief-based action prediction in adults". My thesis director was Núria Sebastián.

Where am I now?:  I am doing a Ph.d in neurophysiology in Warsaw (Nencki Institute of Biology).

My MBC thesis was:   "Eye tracking measure for inferential processes in adults". My thesis director was Luca Bonatti and Nicolo Arlotti. 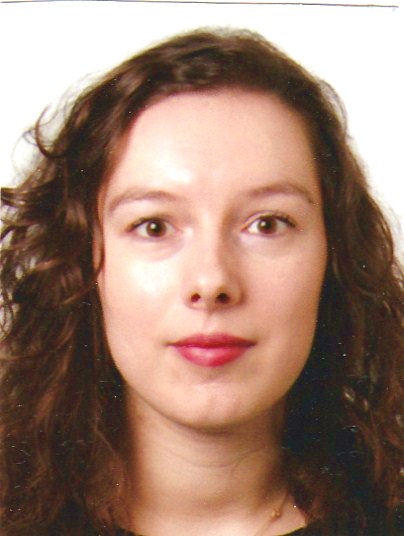 Who am I?:  French nationality with an academic background of a BA in Modern Languages and Linguistics, University of Oxford.

Where am I now?:  I am now studying an Msc in Language Sciences (with a specialisation in Neuroscience and Linguistics) at UCL.

My MBC thesis was:  "Speech perception: a comparative study of audiovisual matching in four and ten months-old infants".My thesis director was Nuria Sebastian-Galles, and Mathilde Fort.

Who am I?:   I have a bachelor degree in Pedagogy, in Speech therapy and I'm also a teacher specialized in hearing and language. I followed with a master in Neuroscience and behavioural Biology and currently I'm enrolled in the masters in Brain and cognition at UPF. I studied sign language and nowadays I work as a speech therapist in a public school with deaf children.

Where am I now?: I'm working part time at Tres Pins School with deaf children, attending regularly to the SPB group seminars, and  continuing my research in the same field.

My MBC thesis was:  "Categorical Perception in Catalan Sign Language". My thesis director was Albert Costa.

Where am I now?: I am doing a Ph.D. at UPF CBC in computational neuroscience with Gustavo Deco.

My MBC thesis was:  "Revealing the influence of definite brain regions upon the emergence of spatial and temporal patterns in the resting-state brain activity".   My thesis director was Gustavo Deco.

Who am I?: I am from France and grew up in a French/British family. I graduated from the University of Oxford with a BA in Philosophy and Literature/Modern Languages.

Why am I here?:  After becoming interested in the philosophy of mind, consciousness and perception, I decided to pursue further studies in cognitive neuroscience. Given my interest in 'applied' neuroscience and the intersection between neuroscience, arts, technology and philosophy, I was also drawn to the interdisciplinary aspect of the CBC, which spans many of the core areas of research in neuroscience and offers a strong theoretical and practical foundation.

My MBC thesis was: I carried out research for my MSc thesis in the Multisensory Research Group under the supervision of Salvador Soto-Faraco. We looked at a visual phenomenon called Binocular Rivalry, which has fascinated scholars of perception for years. We investigated the neural oscillations (brainwaves) involved in it recording neural data with electroencephalography (EEG). "Neural correlates of cognitive conflict during Binocular Rivalry "

Who am I?: I am from Istanbul and studied my bachelor's degree in Psychology before coming to Spain. I worked as an intern psychologist in the different fields of psychology during my undergraduate years, and I realized, I was mainly interested in understanding the brain. Master in Brain and Cognition gave me this opportunity to see the different subfields of cognitive neuroscience from a multidisciplinary perspective, and I wrote my thesis on decision making.

Why am I here?:  I am a ph.D. fellow at Event Lab, University of Barcelona, in which I will be working on the therapeutical applications of virtual reality by connecting both the disciplines of psychology and cognitive neuroscience. My Ph.D. is funded by INPhINIT, "la Caixa" Doctoral Fellowship Programme.

My MBC thesis was: My MCB Thesis was "behavioural and Motor Predictors of Imagination-Based Decision making". My thesis director was Prof. Rubén Moreno. 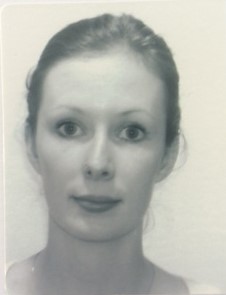 Who am I?: Originally from Ireland, I have spent the last 8 years expanding my mind through academia, advertising and the arts in 5 different European cities.

Why am I here?:  After I am now working as a neuroscience consultant with a behavioural communications agency based in London. In my spare time, I create multisensory experiences and dancefloor experiments with party collective University of Tang.

My MBC thesis was: Given my interest in multisensory perception, I carried out my master thesis research with the Multisensory Research Group (MRG) in the CBC, investigating the neural correlates involved in processing surrealistic imagery: "From conflict to creativity - exploring the cognitive processing of surrealist advertising imagery".