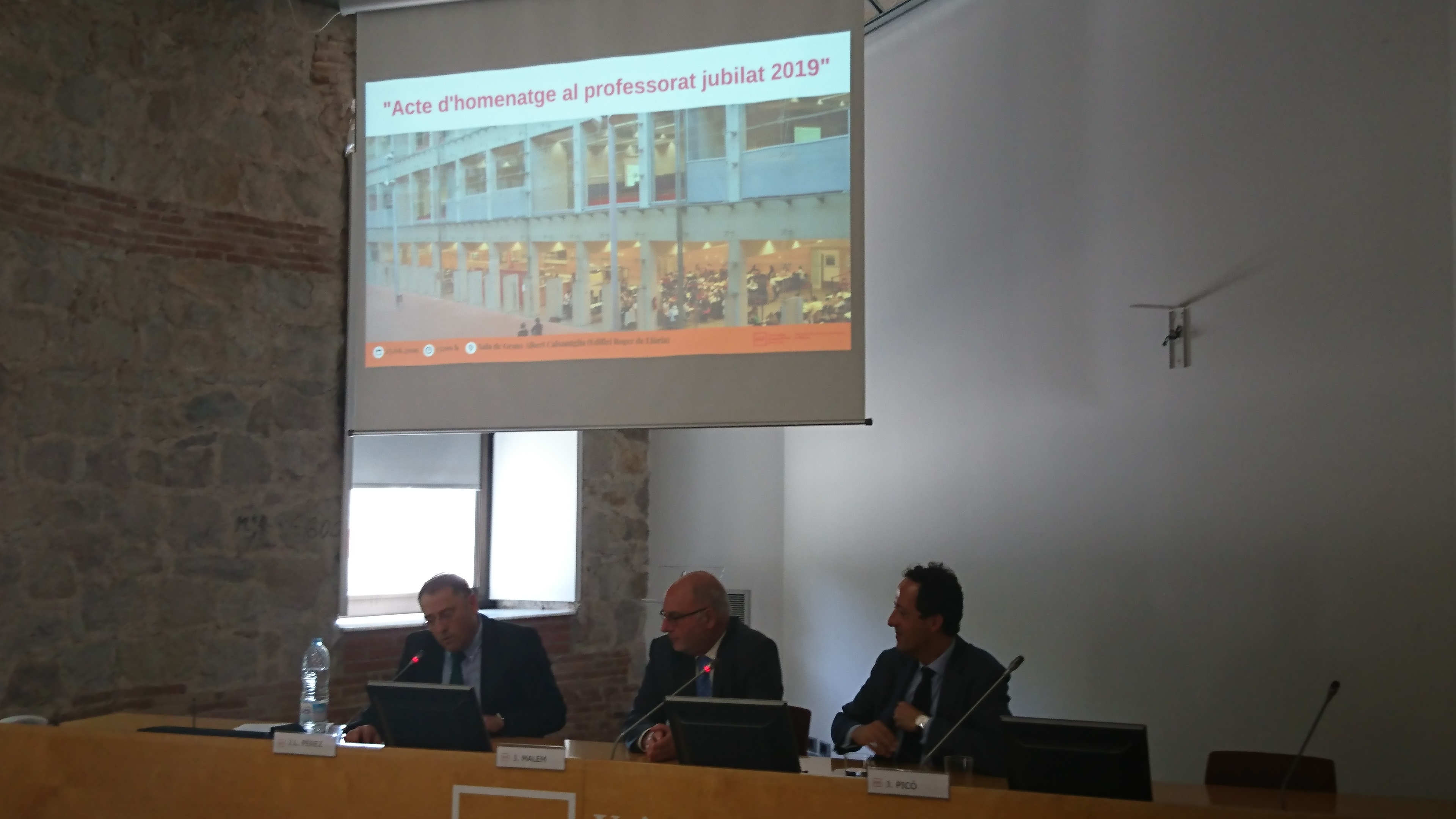 On June 25, the homage by the Department of Legal Philosophy Jorge F Malem Seña, on the part of the Departament de Dret, given his imminent retirement. Professor Malem was one of the initiators of the Pompeu Fabra University in 1990. He studied law at the National University of Cordoba (Argentina) and for political reasons had to go into exile in Barcelona in 1976. In the Universitat Autònoma de Barcelona obtained the title of Doctor of Law and later the position of full professor of Philosophy of Law. Later, he entered the Estudi General de Girona as a step prior to joining the UPF. His works on civil disobedience, corruption and the role of the judiciary, among others, are of inescapable reference and his innumerable lectures and courses by universities and Ibero-American professional organizations, public and private, testify the influence they have exercised in the legal practice. In addition to other teaching merits and knowledge transfer, it is worth mentioning his work of internationalization in the Philosophy of Law area at UPF.