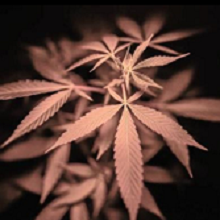 Development of new compounds to optimize the therapeutic applications of THC, the main psychoactive of Cannabis, via a novel approach that prevents its undesirable effects (memory deficits, anxiety-like effects) but preserves its analgesic effects.

Across Europe, chronic pain accounts for nearly 500 million lost working days each year, costing €34 billion, 1 out of 5 people suffer from moderate to severe chronic pain and one-third are unable/less able to maintain an independent lifestyle due to their pain. There are four major types of medication in the treatment of chronic pain currently on the market: non- opioids (e.g. aspirin), opioids (such as morphine), adjuvant analgesics (medications originally used to treat conditions other than pain but may also be used to help relieve specific pain problems (such as antidepressants and anticonvulsants), and other medications with no direct pain-relieving properties. Cannabinoids have an enormous potential as analgesics but may cause significant side effects, including cognitive impairment and other psychoactive effects, which limit their therapeutic applications. There is therefore an urgent need to develop tools that minimize the side effects of cannabinoids while taking advantage of their significant pain relief potential.

The inventors have designed, synthesized and tested in vitro and in vivo modified peptides able to disrupt the heteromers formed by the cannabinoid receptor CB1R – the main target of delta-9-tetrahydrocannabinol (THC)- and the serotonin receptor 5HT2AR. This disruption prevents undesirable pharmacological effects of THC, such as memory deficits and anxiety-like effects, but preserves its therapeutic responses, such as analgesia, thus opening the way to improved alternative therapies for patients undergoing pain treatment.

The peptides have been tested in vitro and in vivo, which constitutes a proof- of-concept. The peptides need to achieve structural/functional optimization as leads before entering into the preclinical regulatory phase (GLP).

A European patent has been filed.

Compounds under development in this project target chronic pain of medium-severe intensity. Pain affects 19% of adult Europeans (95 million), which is a major health care problem, with an overall burden of €300 billion/yr (1.5-3% GDP). Moreover, it is important to consider the burden derived from indirect costs of pain management, which include costs of disability resulting from individual’s inability to work, to economy due to reductions in productivity and of lower quality of life, among others.

We are looking for a licensee or partner to continue the preclinical experiments and start clinical development.