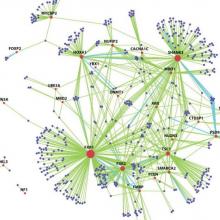 The Research Group on Evolutionary Systems Biology is a research group of Universitat Pompeu Fabra (UPF) led by Dr. Jaume Bertranpetit. The group focuses on how to use molecular pathways to understand the biology of adaptation through the measures of natural selection in genes and other genomic regions. The different forms of selection (purifying, balancing and positive) are analyzed at two levels: among human populations in order to detect population-specific adaptations, and among primates in order both to recognize species-specific adaptive selection and to measure the relative strength of purifying selection.