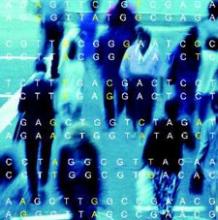 The Research Group on Evolutionary Population Genetics is led by Dra. Elena Bosch. The group focuses on investigating different aspects of human genetic diversity. In particular, the group is interested in: (i) human adaptation, that is, in identifying traits that have undergone positive selection during human evolution in order to understand the adaptive events that have shaped our genomes; and (ii) the architecture of the genetic predisposition to complex disease.