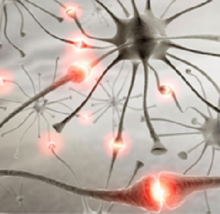 The so-called dendritic pathologies are a number of diseases that share a feature of neuronal dendritic abnormalities. These include changes in dendrite branching patterns, fragmentation of dendrites, retraction or loss of dendrite branching, and changes in spine morphology and number. Dendritic abnormalities and specially alterations in dendritic spines have been reported to contribute to several conditions associated with mental retardation in neurological diseases. Among those, fragile X syndrome (FXS) is the most common form of inherited intellectual disability and autism. It is the result of silencing the FMR1 gene which causes the loss of its encoded protein, the fragile X mental retardation protein (FMRP). The treatment of these dendritic pathologies has been addressed through different approaches without success so far. So far, treatment of genetic diseases causing intellectual disability is mainly focused on controlling symptoms and any medical conditions derived from said diseases.

We have identified a new therapeutic target that we show is effective in the murine model of the disease, the mouse model lacking the gen Fmr1. Our approach is based on the partial blockade of the main cannabinoid receptor (CB1R) in the body. Using this strategy we find that the FXS mouse normalizes its memory performance, pain sensitivity and seizure susceptibility, together with the normalization of other biochemical and cellular parameter that have been associated with the disease, such as the normalization of the intracellular signaling through the mammalian target of rapamycin pathway, and the relative abundance of mature connections between neurons. We used lower doses of a selective CB1R antagonist/agonist from those that were reported to be effective for the treatment of obesity and metabolic diseases. Our experiments at the pre-clinical level show that acute administration of such low doses in mice, that are devoid of adverse effects, corrects the features associated to genetic silencing of the Fmr1 gene. Our discovery opens the possibility to use a similar targeting approach to orphan diseases running with intellectual disability characteristics or sharing a common neurobiological substrate.

Possibility to use a similar targeting approach to orphan diseases with a common neurobiological substrate.
First time that the CB1 cannabinoid receptors are demonstrated to play a critical role in this disease.

The method has been tested both in in-vitro and in-vivo (mouse model lacking the gen Fmr1) with positive results. Further steps should be the development of regulatory preclinical assays.

US, Japanese and European patent applications, covering the drug for the prevention or treatment of a disease associated with neuronal dendritic abnormalities, have been filed.

The rights of this technology have been already assigned.