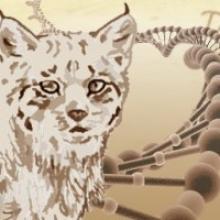 The Research Group on Evolutionary Genomics is a joint research group of IMIM-Hospital del Mar Research Institute and Universitat Pompeu Fabra (UPF) led by Dra. Mar Albà. The group  focuses on the use of comparative genomics and large-scale data analysis to gain an understanding on the evolution of genes and genomes and to predict functional elements. The group has a strong computational focus but collaborates with experimental groups in some projects.