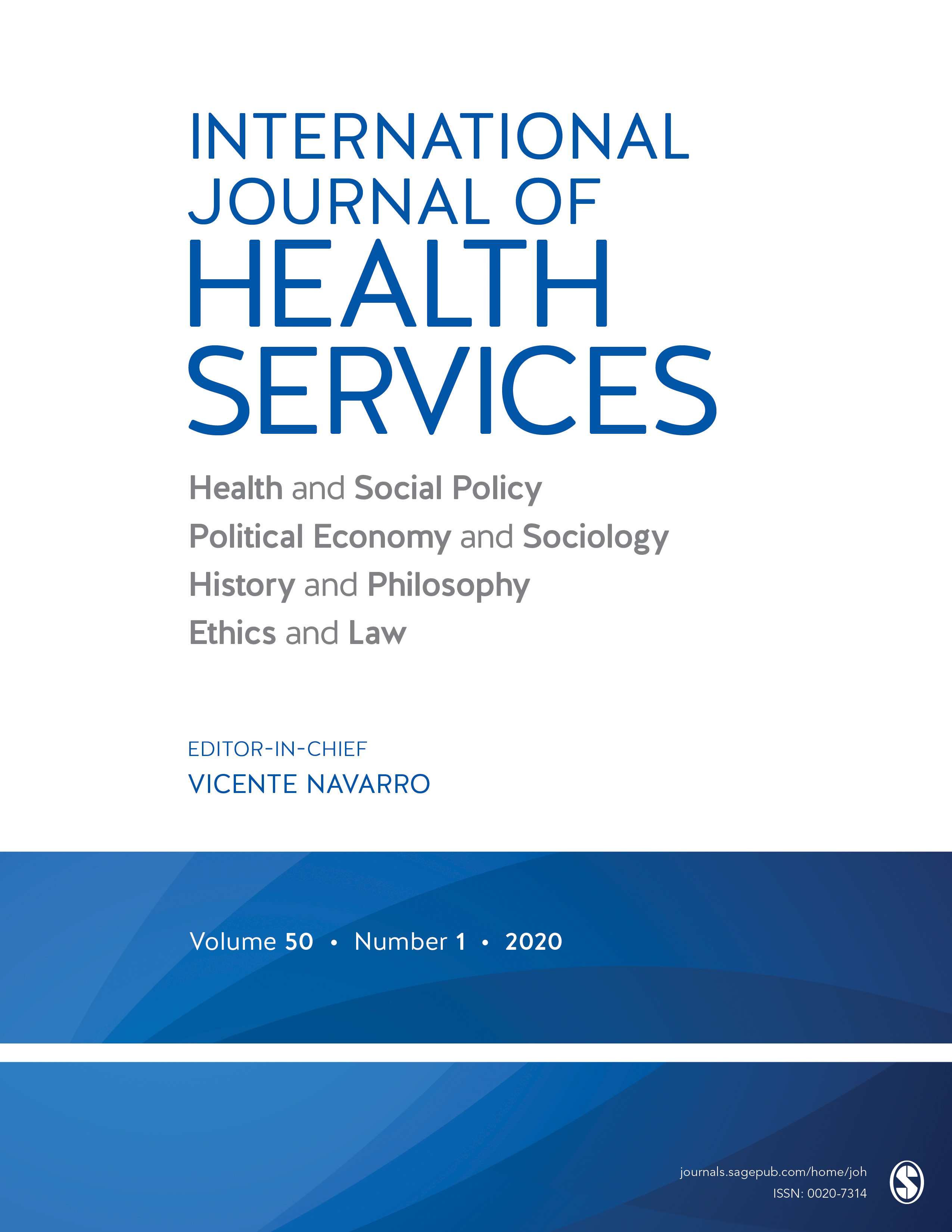 The International Journal of Health Services (IJHS) is a quarterly academic journal that delivers articles on health and social policy, political economy and sociology, history and philosophy, ethics and law in relation to the health, well-being and quality of life of populations around the world. The IJHS has existed for half a century, and is globally recognised as a leading forum for discussion and debate on some of the most important issues in its field. The introductory note to issue 50.1 (January 2020) from the Senior Editor, celebrating 50 years of the journal’s existence, can be read here.

Since its founding in 1971, the IJHS has been dedicated to pushing boundaries in the fields of public health and health policy. It has published research and sparked debate on many topics which were considered controversial at the time of their publication, but which are now widely accepted. For example, in its early years, the IJHS was a pioneer in recognizing that health is far more than the absence of disease, and is interconnected with wellbeing and quality of life. In later years, the journal was a key forum in the development of studies on the social, political, economic and cultural determinants of health, which have become a major dimension of the journal. These and many other issues have become accepted in the mainstream through the pioneering research and controversial debates published in the pages of the IJHS, which challenged the dominant paradigms of their times. The journal continues to push boundaries and question dominant narratives, publishing cutting-edge research on the major topics that are affecting public health, health policy, wellbeing and quality of life in the 21st Century.

The International Journal of Health Services is a peer-reviewed journal that delivers articles on health and social policy, political economy and sociology, history and philosophy, ethics and law in the areas of health and well-being. It provides analyses of developments in the health and social sectors of every area of the world, including relevant scholarly articles, position papers, and stimulating debates about the most controversial issues of the day. The journal is of interest to health professionals and social scientists interested in the many different facets of health, quality of life, and wellbeing of populations.

In January 2023, the IJHS will become the International Journal of Social Determinants of Health and Health Services (IJSDHS). This change is to reflect the orientation of the journal, highlighting its focus on crucial determinants of health and health services such as inequalities, social policies, environmental factors and labour. The new title reflects the evolution and expansion of the themes covered in the journal’s pages that has occurred over the past decades, and crystallises its scope as we move into this new epoch. The reasons behind this decision, and further information regarding the changes that will be occurring in the new phase of the journal's existence, are elaborated in the editorial by Drs. Joan Benach and Carles Muntaner, the journal's Co-Editors-in-Chief, entitled "A New Journal for a New Era".

According to the Journal Citation Reports, the IJHS has a 2022 impact factor of 1.851, which is one of the highest among quarterlies. The journal has experienced a consistent Impact Factor upward trend in recent years, maintaining its potency and originality in a context of increasing platforms for research in health and social inequalities.

The headquarters of the IJHS are based in the JHU-UPF Public Policy Center in Barcelona, Spain. The IJHS is published by SAGE, the world’s largest academic independent publisher.

The International Journal of Health Services is supported by an international editorial board of experts in the fields of health policy, public health, social determinants of health, health economics, health inequalities, and the wellbeing and quality of life of populations. The list of editorial board members and consultants, as well as further information about the journal and access to previously published articles, can be found here.