EUtopia's aim is to build the European University of the future

EUtopia's aim is to build the European University of the future

The initiative, which was officially launched on December 1, 2019, implies a teaching and research community formed by six European universities. The project was selected to be part of the Erasmus + "European Universities" program of the European Commission. 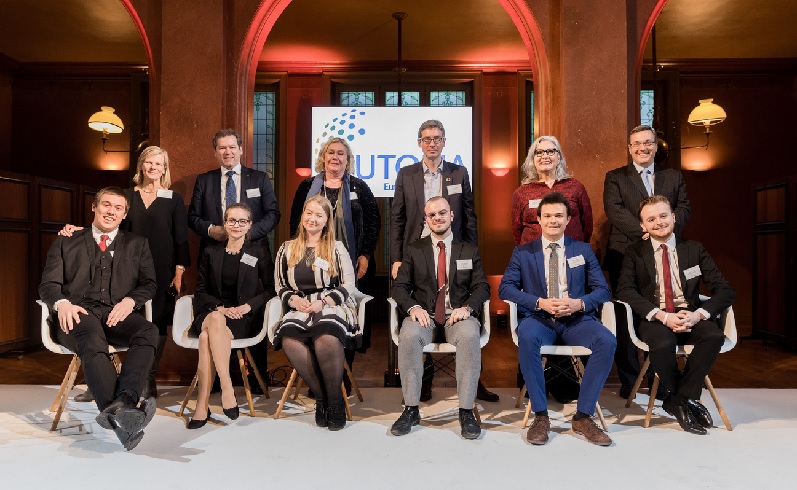 The alliance, which currently covers the United Kingdom, France, Belgium, Sweden, Spain and Slovenia, is moving forward to build the "European University" of the future, a campus network that works together to develop a new model of higher education never seen before: inclusive, internationally connected and led with the students themselves.

EUtopia is made up of the Vrije Universiteit Brussel, CY Cergy Paris Université, the University of Gothenburg, the University of Warwick and the UPF, and is led by the University of Ljubljana. He launched his mission in 2019 at the Solvay Library in Brussels.
Partners are engaged in addressing local and global issues by collaborating not only as six institutions, but also as six European regions with links to companies and policy makers, providing research and ideas that will affect the lives of European citizens.

“If Europe helps us, we will make history from our intrinsic quality and we will show that Europe is an inexhaustible source of science, culture and respect for humanity and the planet.”

In addition, EUtopia exists to promote the mobility of students, academics and university staff by testing new methods of teaching, learning and cooperative work outside national borders.

In the words of Jaume Casals, rector of the UPF, “EUtopia is the dream of some of the best European universities immersed in rigid regulatory environments which limit our decision-making capacity, for instance, in our teaching staff policies or the design of our courses. The dream and perhaps the salvation. If Europe helps us, we will make history from our intrinsic quality and we will show that Europe is an inexhaustible source of science, culture and respect for humanity and the planet.”

Representatives of the six partner institutions meet today, December 2, in Ljubljana, to mark the beginning of the project and to plan the initiatives that will be carried out in the coming months.

Already, six PhD candidates have begun studying and receiving joint supervision between the University of Warwick and either Vrije Universiteit Brussel or CY Cergy Paris Université, thanks to the co-tutelle scholarships.

The scholars began their PhD projects in October 2019, with two more due to start soon, conducting research in fields such as Complexity Science, Reproductive Science, as well as Arts, Humanities and Cultural Heritage.

The co-tutelle scholarship programme was made possible thanks to a joint investment of £500,000 from the three institutions currently involved. It is set to be extended across the other EUTOPIA partner institutions, enabling PhD candidates to be co-supervised across the breadth of Europe.

In addition, students have the opportunity to undertake a Double Masters programme in ‘European Integration’, developed between the Institute for European Studies at Vrije Universiteit Brussel and the University of Warwick’s Department of Politics and International Studies.

From the next academic year, these Double MA students will study for a year at each institution, with their final project jointly supervised and marked between the two institutions, receiving qualifications from both universities.

For the last five years, there has already existed a similar Double Masters programme in ‘Political Science’ and ‘Political Philosophy’ between the Pompeu Fabra University in Barcelona and the University of Warwick. Other collaborative courses across the network are also under discussion.

Other activities that have taken place in the EUTOPIA partnership include: