The 7th edition of the Doctoral Student Workshop took place on April 4th in the morning, at Sala Aranyó in the Tanger building of the UPF Poblenou campus. Forty posters were exhibited, and the event gathered a significant amount of people, allowing for productive networking between researchers, research centers and companies which could lead to future collaborations. In addition, a group of researchers from the Basque Center for Applied Mathematics - BCAM also visited the event.

This award of 1000 euros went to Paula Fortuna, researcher at WSSC, for the project "Are Hate Speech Classification Results Reproductible? An Approach Using Deep Learning". This prize is awarded with the goal of promoting the visualisation of the research results and its discussion. The jury included Mónica Domínguez, Xavier Favory and Alp Öktem, winners of the award in previous editions. 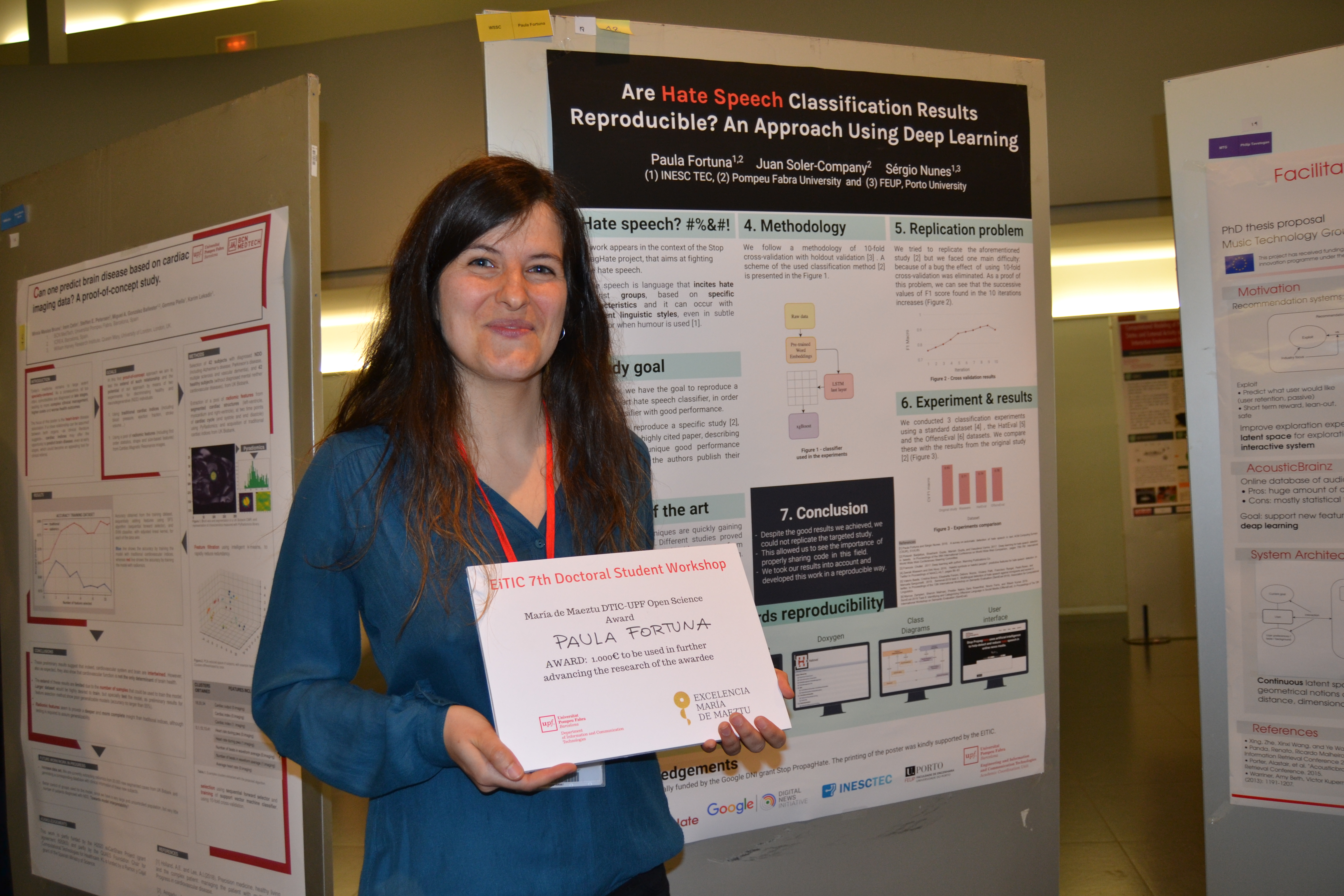 This award is chosen with the votes of the public during the event, and the winner is awarded 1400 euros for financing their participation in a scientific event . This year the award went to Adrià Arbués, researcher in the Image Processing Group (GPI), for the project "Multi-Person tracking by Multi-scale Detection in Basketball Scenarios". 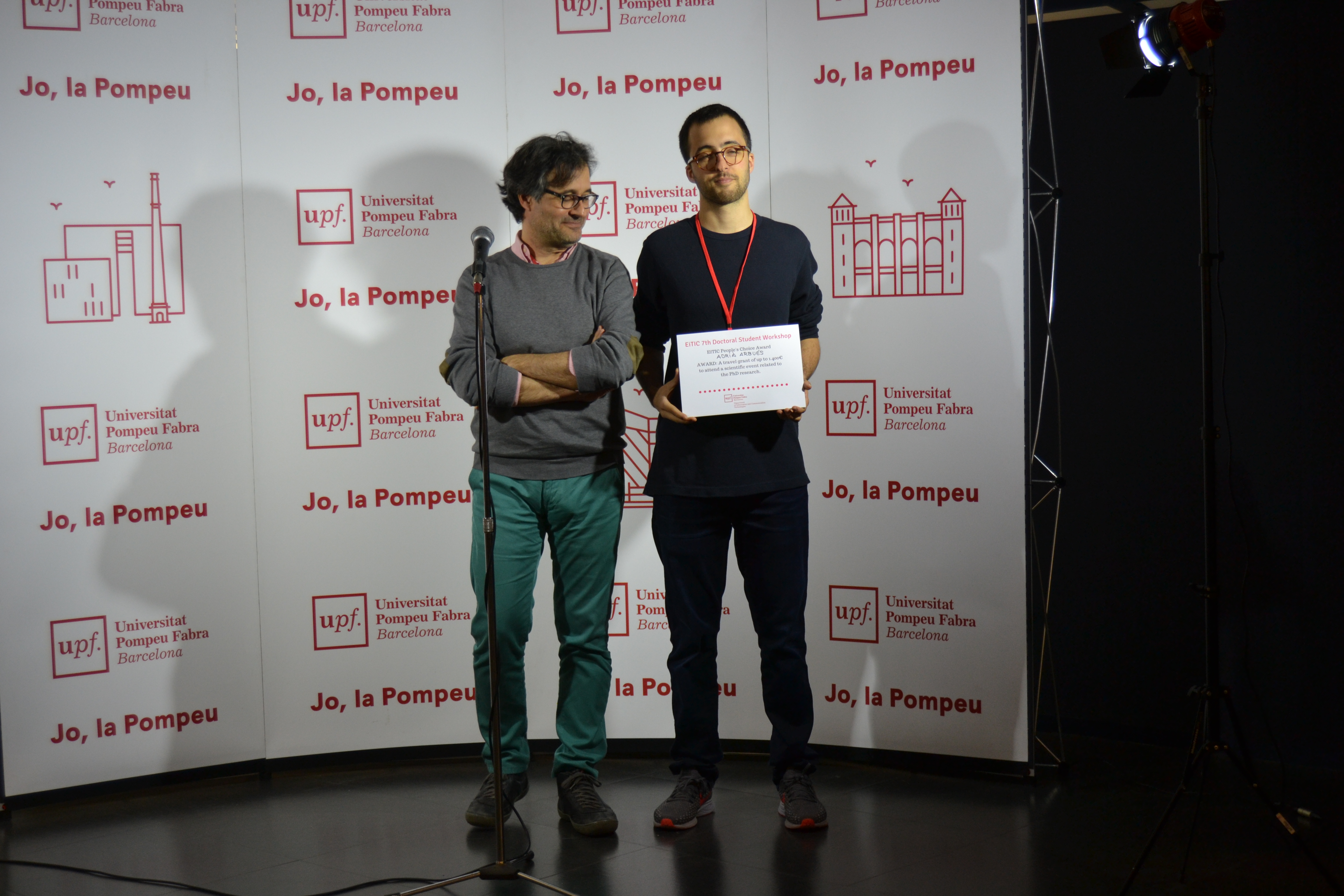