Sustainable Climate Economics: On the long-term economics of climate change - 2016

Sustainable Climate Economics: On the long-term economics of climate change

Sustainable Climate Economics: On the long-term economics of climate change 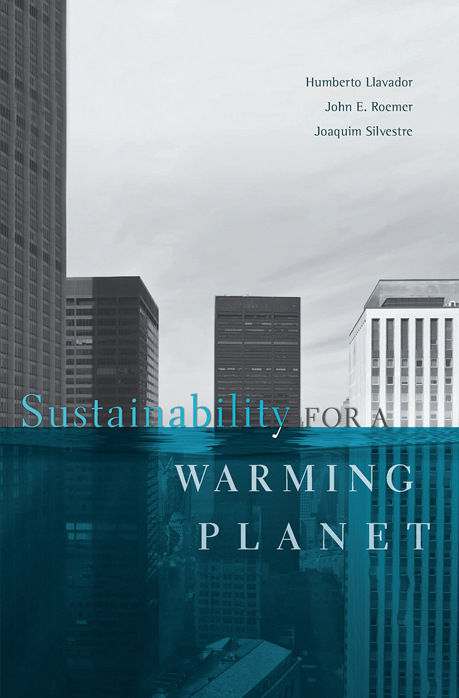 At the end of 2015, international attention focused on the climate change negotiations in Paris at the UNFCCC 21st Conference of Parties (COP21). The conference brought together world leaders in an effort to find a universal accord to stave off the most devastating potential effects of climate change. Besides the immediate environmental challenges and risks, fundamental shifts in society to reduce greenhouse gasses will have long-term impacts socially and economicaly. Planning will be needed at both domestic and international levels, and the sustainability of countries' strategies will be a key issue in future debate.

Humberto Llavador, UPF professor of economics in the Department of Economics and Business, has recently published a book titled Sustainability for a Warming Planet (Harvard University Press, 2015), which analyses the roles of sustainability and ethics in allocating greenhouse gas emission rights for developed and developing countries. The book provides a formal analysis and lays down principles on determining how emissions can be regulated across regions and time.

Currently on-leave from the UPF to serve as Visiting Senior Fellow at the Grantham Research Institute, Professor Llavador wrote the book in collaboration with two other prominent economists, Professors Joaquim Silvestre and John E. Roemer. Professor Silvestre teaches economics at the University of California-Davis and is currently researching intergenerational equity and cooperation in the lab. Professor Roemer is a professor of political science and economics at Yale, focusing on political economy and distributive justice.

Professor Llavador was kind enough to answer a few questions on the topics of his new book and climate change economics.

You collaborated with Professors Silvestre and Roemer on "Sustainability for a Warming Planet". How did you arrive on climate change as a common field of interest?

This book is the result of many years of joint research. Our initial interests were on the negative effects of environmental degradation, and in particular its impact on inequality. Only later did we conceive of this negative externality as climate change, as its relevance became evident among the scientific community.

We have been working together for many years and have published several papers and book chapters on the ethics of climate change, as well as written a report for the United Nations Development Program (UNDP).

Why are the approaches to sustainable development different between developed versus developing countries?

We should start with a precise statement of what we mean by sustainable development. Indeed, one of our contributions is to offer a formal definition (and economic model) of sustainability, based on ethical criteria of fairness. We say that a level of wellbeing is sustainable if it is the highest level of welfare that can be attained by all generations in all regions. Since the date at which a person attains this is morally arbitrary, then every generation is morally entitled to this level. Of course, a generation may choose not to enforce this right for the sake of increasing the welfare of future generations, in which case we talk of sustained growth, meaning the economic path that maximizes the welfare of the current generation while guaranteeing that the welfare of future generations grow at least at the sustained level.

Therefore, from our perspective, developed and developing countries should approach sustainable development differently insofar as developing countries need to catch up with the level of wellbeing of develop countries, while together avoiding the risks of high increases in global temperature.

Of course, we also need to agree on what we want and what we mean by wellbeing. Our new book argues for a comprehensive view that includes not only consumption and leisure (the usual suspects), but also health, education, knowledge, and the environment, which have a direct impact on human welfare besides increasing productivity.

What role do you see economists playing in national-level low-carbon economic development? How are economists looking at the risks and opportunities of societal adaptation to climate change?

It is remarkable that sustainability appears to be of tangential concern in some of the most prominent work of economists who have concerned themselves with man-made global warming. The objective of the dominant view is to obtain the maximum (time discounted) total welfare, which ignores inter-generational inequalities. It also takes a hegemonic view of the present, with future generations entering the picture only if their welfare is relevant to the current generation.

Our approach, on the other hand, aims at bringing ethical concerns, in particular inter- and intra-generational inequality, to the frontline of the debate, bridging the gap between the concerns of billions of people to put our species' behaviour on a sustainable path and economic theory.

Do you have any initial impressions to share on the COP21 international climate agreement?

The Paris agreement is remarkable in showing consensus for a transition towards a low-carbon economy and acknowledging the risks posed by climate change. This is a big step in the right direction, and the involvement of the US has definitely played a key role. Now countries need to live up to the euphoria of the moment. 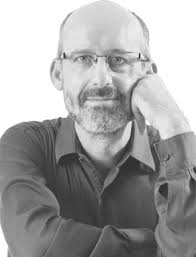 Professor Llavador has a Ph.D. in Economics from the University of California-Davis, and is currently Associate Professor of economics at Universitat Pompeu Fabra (UPF) and affiliate professor of the Barcelona Graduate School of Economics (GSE). His research has focused on the economics of climate change, political economy, and welfare economics. He has held several visiting and teaching appointments at Yale University, and was a member of the School of Social Science at the Institute for Advanced Study in Princeton during the 2009-2010. In 2012 he received the Recognition Jaume Vicens-Vives from the Catalan Government for teaching quality and innovation. He has also acted as external consultant for the United Nations Development Program (UNDP) and the United Nations Environmental Program (UNEP).