Back Featuring the recent publication of our DigiDoc Editorial Series, "An approach to the Spanish Twitter debates about Income Inequality and Poverty A Social Network Analysis essay"

Featuring the recent publication of our DigiDoc Editorial Series, "An approach to the Spanish Twitter debates about Income Inequality and Poverty A Social Network Analysis essay" 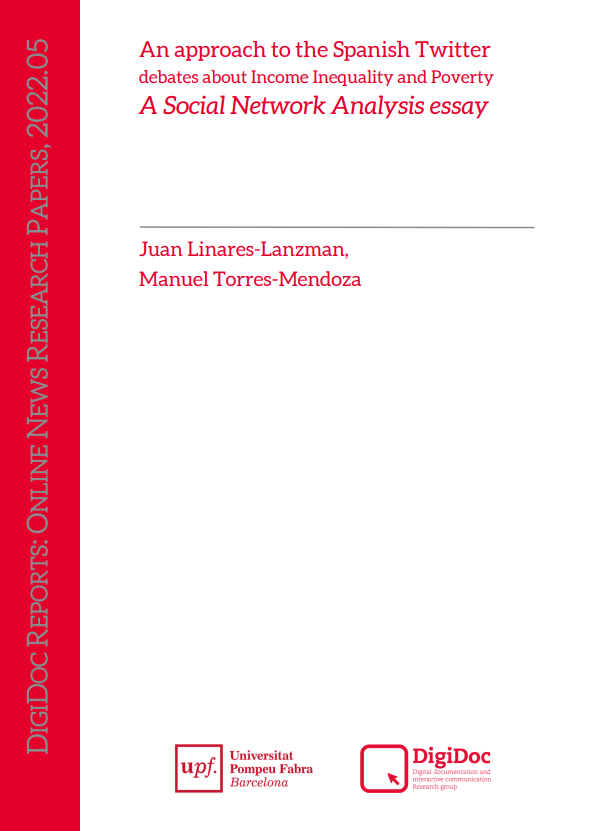 This work, linked to the project News, Networks and Users in the Hybrid Media System, gives an insight to the transformation of the media industry and the news in the postIndustrial era. According to this essay's abstract:

"This is an insight on the characteristics of the network as well as the relevant actors and communities associated with the income inequality and poverty conversation on Twitter. Using Social Network Analysis to map and measure different kinds of relationships and fluxes between network nodes, and use categories of analysis of Appraisal Theory, whose main components are affect, judgement and appreciation, we arrive to several preliminary conclusions. It appears that political and institutional collectives are influencing the conversation, rather than citizens. Consequently, these Twitter spheres show an institutionalization of income inequality and poverty social media debate without opening up the conversation. The networks we analyze show a high modularity. As a result, interaction between users occurs more frequently with the same community than with other communities.".

This report can be found at our DigiDoc Publications section.