Professor Díaz-Noci, a researcher from the DigiDoc research group, collaborates in this new critical edition that recovers and studies the first gazette published in the Iberian Peninsula. 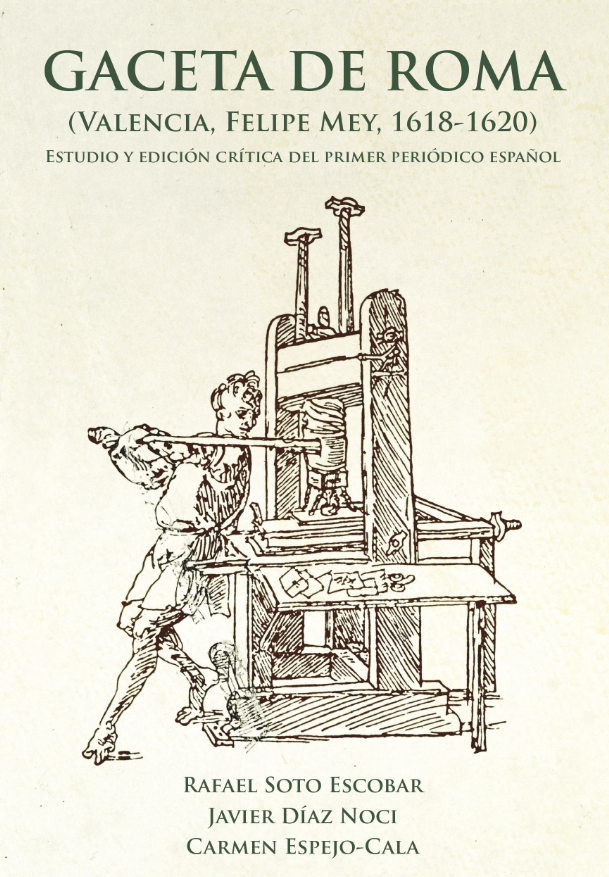 The first Spanish newspaper, appeared in 618, was recovered and analyzed in the critical edition Gaceta de Roma (Valencia, Felipe Mey, 1618-1620). Study and critical edition of the first Spanish newspaper (2020, A Corunya, SIELAE). This work was carried out by three academics: JavierDíaz-Noci, researcher at the DigiDoc research group of the UPF Department of Communication, Rafael Soto, from the Alcalá de Henares University, and Professor Carmen Espejo-Cala, from the University of Seville.

According to the authors, we may find the antecedent of the newspaper "in 1618, just immediately after the Bohemian revolt that preceeded the Thirty Years' War (1618-1648). This event was decisive for the emergence of periodical or semi-periodical informative publications in Europe. In this context, a Valencian printer, Francisco Felipe Mey, translated to Spanish, published and distributed in Spain -between 1618 and 1620- a copy of a gazette that was previously published in Rome, of which there are no known copies.

The researchers published this research on December 24, 2020, and made it accessible online. The monographic study consists of an introduction and a critical edition of the first Spanish newspaper. In it, we can find the criteria used to edit and update journalistic texts of the Modern Era (16th-18th centuries). Díaz-Noci has also published a DigiDoc Report to establish the edition criteria for gazettes in the Catalan language.