A novel proposal for a content analysis case study on social media was presented at the last DigiDoc Seminars' session, through a recent research on the parodic Twitter account, @CoronaVid19. 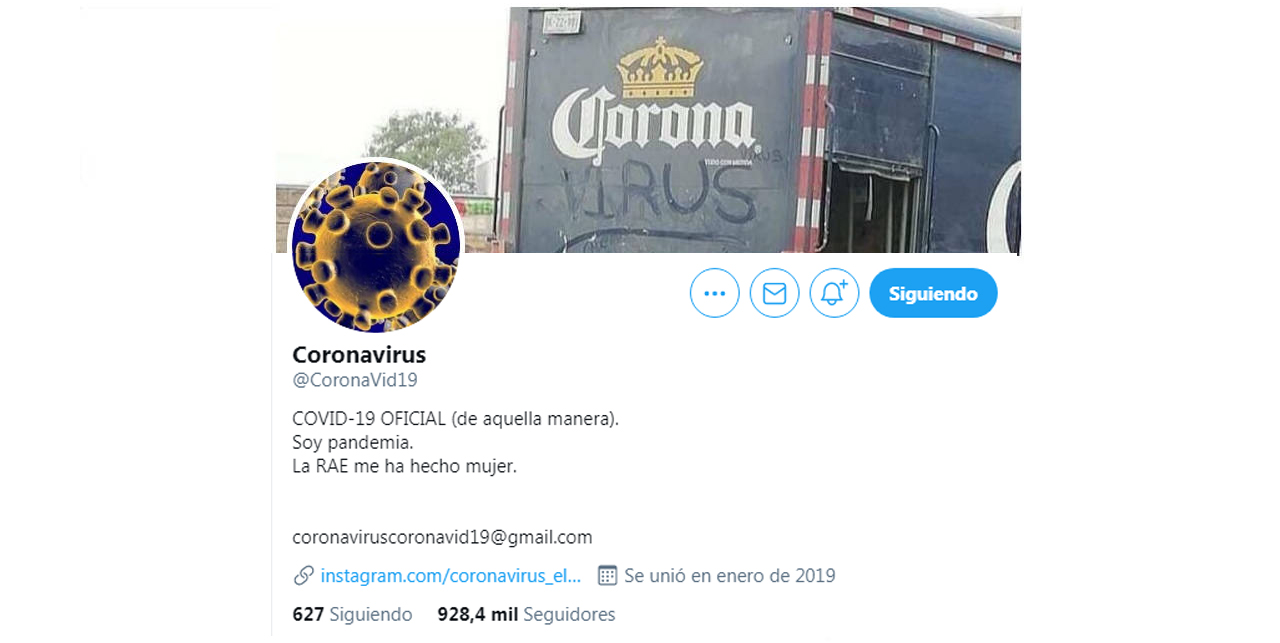 Dr. Sandra Martorell, professor at the Polytechnic University of Valencia (UPV) and visual artist, and Dr. Antoni Roig, professor of audiovisual communication at the Open University of Catalonia (UOC), presented their recent research under the title, The virus in the first person: Storytelling, humor and the COVID-19 crisis on Twitter [video]. As members of the D-Stories project, they presented part of the results obtained from a research adressing the narrative strategy and virality of a series of tweets posted at the @CoronaVid19 Twitter account, whose author writes on behalf of this global pandemic.

In this session, Dr. Martorell explained that the @CoronaVid19 Twitter account appeared on February 24, 2020, and presented itself as the coronavirus -through the use of personification and prosopopeia- reaching a large amount of media coverage in the short term. For this reason, they were interested in analyzing the account's evolution along the pandemic, and the way it articulated its story: which topics it dealed with, how it contributed to relativize such a drastic situation through humor and which were its contributions to reinforce the official recommendations in order to avoid contagions. On the other hand, Dr. Roig explained that to better understand the phenomenon of parody accounts, they analyzed @CoronaVid19 as a parodic character, with a narrative centered on a non-human fictional character, through its elements of continuity and determining if it sticked to a scripted plot.

Read the entire session review at the OCM (Cibermedia Observatory).