The opening lecture of MA International Studies on Media, Power and Difference was organised on Tuesday, October 22.

The opening lecture of Master in International Studies on Media, Power and Difference was conducted by Dr. Rosalind Gill, professor of Cultural and Social Analysis at City University of London. This lecture was moderated by Mercè Oliva, director of the Audiovisual Communication Degree (UPF). Núria Almiron, as the director of the Master, and Pilar Medina, professor and CritiCC’s research group coordinator were also present.

At first, Rosalind Gill emphasized “feminism is now everywhere”. Nevertheless, gender inequalities have increased (such as difference in terms of salary). Furthermore, violence against women and misogyny are currently increasing day after day. Professor Gill pointed out that there is a lot of dedication to creating beauty complex (surveillance of women's bodies). It should be noted the continuing media campaigns of personal image and aeshthetics/beauty establishments, as well as the constant rise of apps that seek to improve women’s beauty. In reference to misogyny, R. Gill gave some examples from the United Kingdom, such as the case of Jessica Phillips (British Labor Party politician) who received more than 600 rape threats within one night. 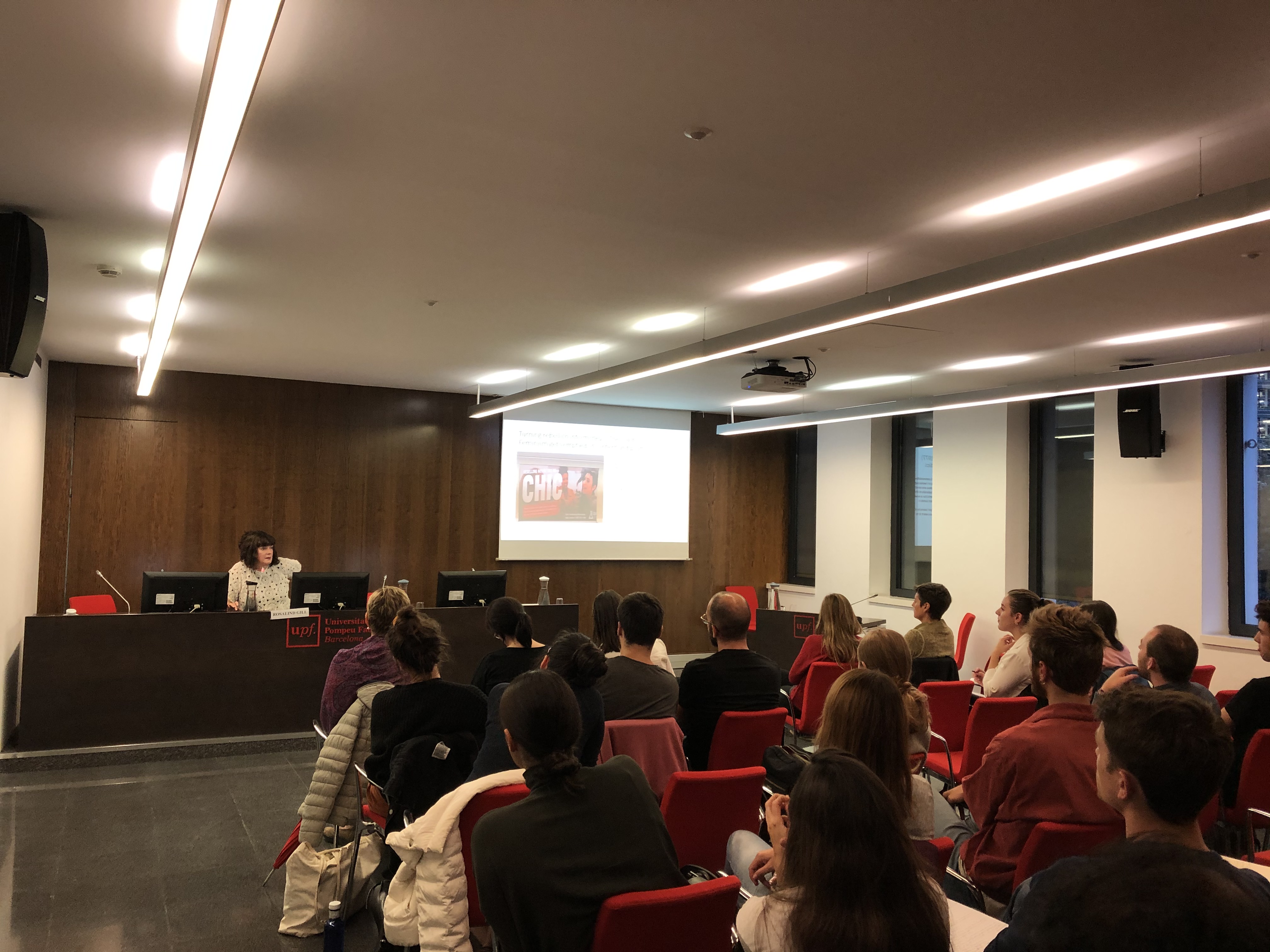 Professor Gill concentrated her speech on the role that media plays to promote feminism. She stressed that many optimistic messages are being made but empty of real sense, without authentic content. Hence, it refers to a corporate appropriation of feminism, with create slogans like "I am a woman, I can do anything"; "Be strong with stylist"; "I can so I did". Some of the most commonly used terms by media are: confidence, resilience, strength, positive mental attitude, self-care. There is a change from collective struggle to individual work (to psychological labour). It is all about confidence: women must always be positive. Media emphasizes that women should focus on herself, where a mental change must occur. Gill has been analysing how this psychological disposition has changed the discourse about inequalities. "It's all about positive thinking". 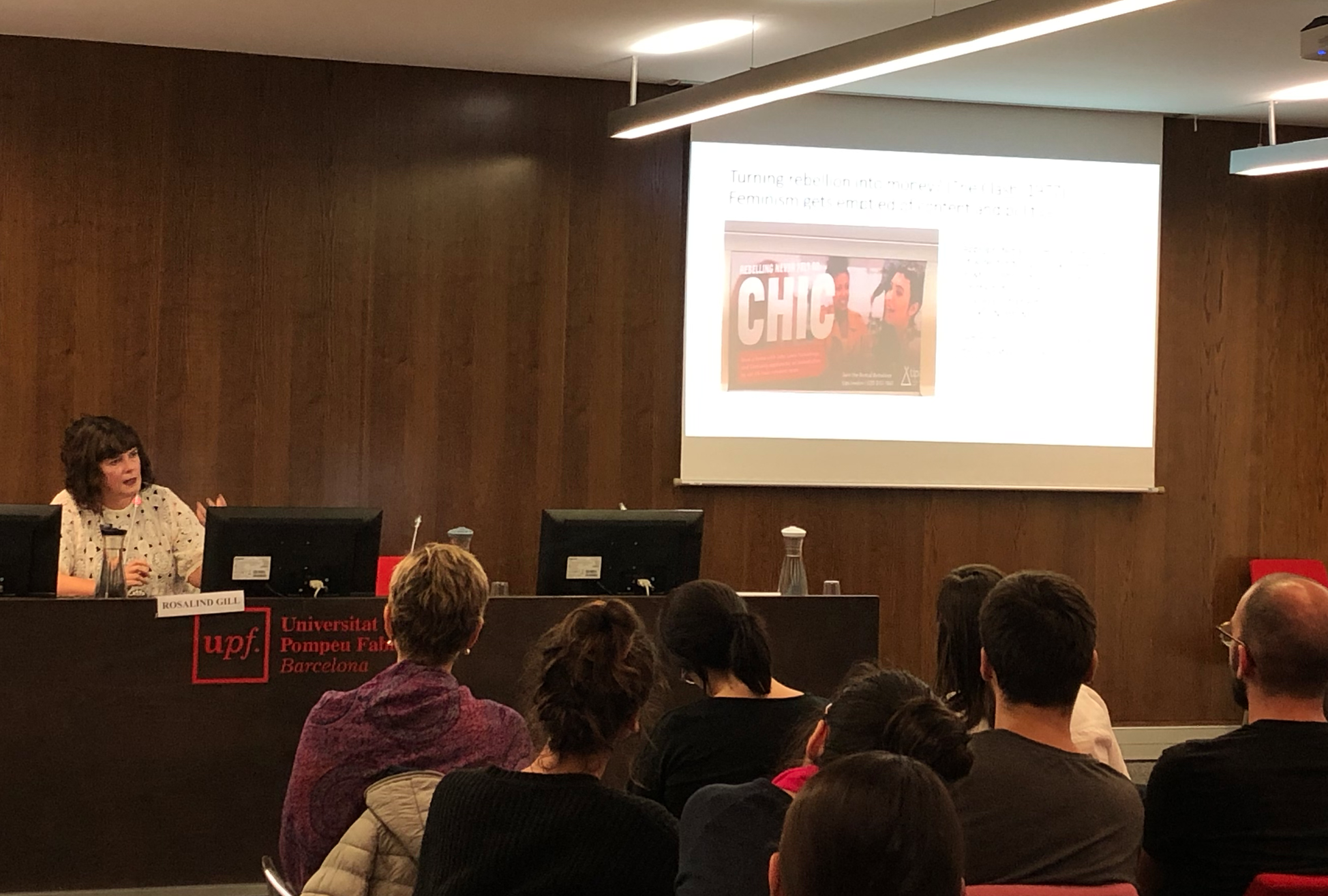 In conclusion, Gill wonders whether feminism has been taken over by corporate interests, without criticism of capitalism. She believes that we need open, inclusive feminism related to other class, race and disability struggles.