Noopur Tiwari, independent journalist and founder of Smashboard, taught this seminar on Wednesday, October 16, which is part of the Master in International Studies on Media, Power and Difference (UPF).

This seminar started with the presentation of Tània Verge, director of the Equality Unit (Unitat d’Igualtat) of Universitat Pompeu Fabra. Next, Noopur Tiwari initiated the seminar inviting attendees to “make a trip" to the beginning of feminism in the digital space: the word "cyberfeminism" was first used in 1991 by the feminist community VNS Matrix, formed by artists and activists from Australia. Six years ago (1985), professor Donna Haraway wrote "A Cyborg Manifesto" which promotes women to go beyond traditional and gender constraints, becoming a reference for cyberfeminism. Moreover, this seminar has been useful for all those interested to gain more references about feminism. This includes authors such as Judy Wajcman, Sadie Plant, Andi Zeisler and Rosemary Clark-Parsons. 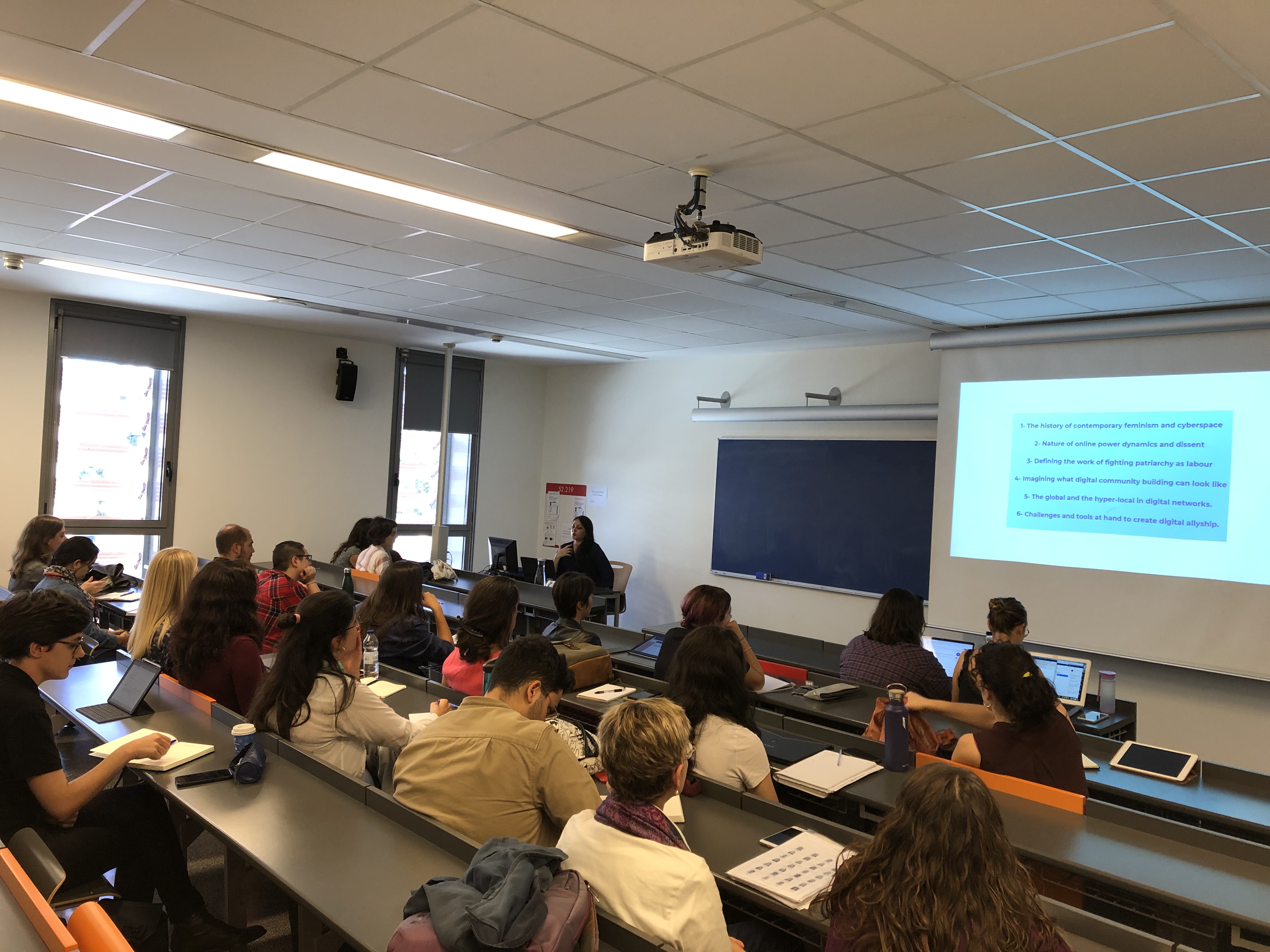 One of the central issues was the distinction between public and private space (linked to the meaning of the digital space, with regard to limits and possibilities) which triggered an interesting debate among the attendees, with different points of view. In addition, some of the challenges that feminism has in the digital sphere were cited, such as lack of time to be able to contribute to generate digital feminism. N. Tiwari is aware that in this sense she is a privileged woman, because she has the time to undertake the necessary contribution for this purpouse in a fully satisfactory way. However, the journalist also claimed that there are many “invisible” women from around the world who are doing a fantastic job, even without appropriate conditions. They contribute to highlight the role of feminism in the digital environment. 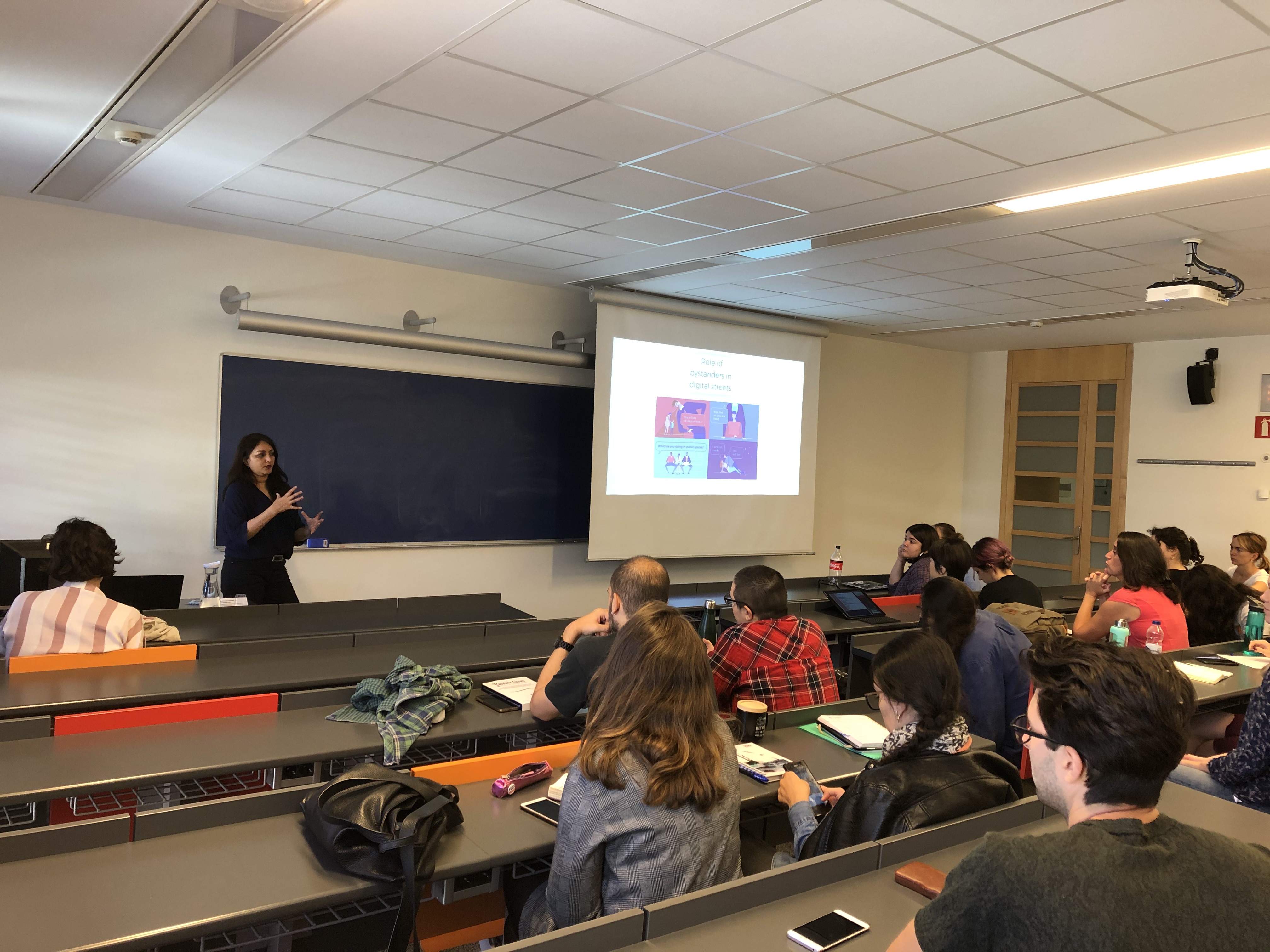 As regards the Smashboard project, founded by N. Tiwari, it is an online tool that builds a digital community in order to fight against patriarchy as well as end discrimination against women and domestic violence, among others important aspects. Some women need safe places and Smashboard is inteded to be a place of comfort for all those who want to express themselves with full confidence and without fear. Smashboard provides the chance to connect with experts, psychologists and journalist, as well as sharing knowledge and personal experiences. Other examples of projects include: Hollaback (2005), The Everyday Sexism Project (2012) and the #MeToo viral movement (2017).

To sum up, Noopur Tiwari considers that "we are in a good moment for feminism", especially in the digital space where there is a lot of activity which facilitates access to feminist discourse. She also encourages women to use online tools which may allow them to express themselves freely, a possibility that unfortunately not all women can enjoy.