With Natalie Khazaal and Núria Almiron, on their new edited book 'Like an Animal'

On Friday 11th February, 2022, Laura Fernández conversated, within the CAE-Talk series, with Natalie Khazaal (Georgia Tech University) and Núria Almiron (Universitat Pompeu Fabra) about the latest book they have coedited: 'Like an Animal'. Critical Animal Studies Approaches to Boarders, Displacement and Othering (Brill, 2021).

You can watch the recording in our Youtube channel.

Dr. Natalie Khazaal (PhD, UCLA) is an Assistant Professor at Georgia Institute of Technology and an American Council of Learned Societies (ACLS) fellow for her work on Arab atheists. She studies the links among disenfranchisement, media, and language. Among her co-authored publications on critical animal studies are articles on speciesism in the US and Spanish media and EU policy on vivisection, as well as her co-edited volume that shows how we can bend the arc of the moral universe toward justice for human and nonhuman refugees and migrants called “Like an Animal”: Critical Animal Studies Perspectives on Borders, Displacement, and Othering (Brill, 2020). Dr. Khazaal is the author of Pretty Liar: Television, Language, and Gender in Wartime Lebanon (Syracuse, 2018), which shows how Lebanese people demanded responsive media at times of unrest and deep social divisions, and a contributor for Global Media and Strategic Narratives of Contested Democracy (Routledge, 2019). Dr. Khazaal is on the advisory board of Ideas Beyond Borders, an organization that promotes the free exchange of ideas and defends human rights from extremists and authoritarian regimes in the Arab world; she also served as the founding faculty advisor to the first Texas chapter of No Lost Generation—a student initiative for global refugee/migrant crisis relief efforts, and she was nominated for the “Achievements in Climate and Inclusion” (ACI) 2019 award at Texas A&M University for encouraging and facilitating more inclusive and welcoming climate for all.

Núria Almiron (PhD, UAB) is co-director of the UPF-Centre for Animal Ethics and a tenured professor in the Department of Communication at Pompeu Fabra University (UPF). Her main areas of research include and combine the ethics and political economy of communication – particularly interest groups and persuasive communication – with critical animal studies, climate change, animal advocacy and interspecies ethics. Her work has been published in academic journals such as Climatic Change, Journal of Agricultural and Environmental Ethics, Environmental Politics, Journalism Studies, Environmental Communication, International Journal of Communication or European Journal of Communication. She is the author and editor of several books in various languages, including ‘Like an animal’. Critical Animal Studies Approaches to Borders, Displacement, and Othering (coedited with Natalie Khazaal, Brill 2021). She has been a visiting researcher at various universities, such as the University of Amsterdam, Université Paris 8, London School of Economics and Political Science, Lund University  and Simon Fraser University. She is currently the director of the MA in International Studies on Media, Power, and Difference and coordinator of the research project COMPASS (Lobbying and Compassion: Interest groups, Discourse and Nonhuman Animals in Spain). 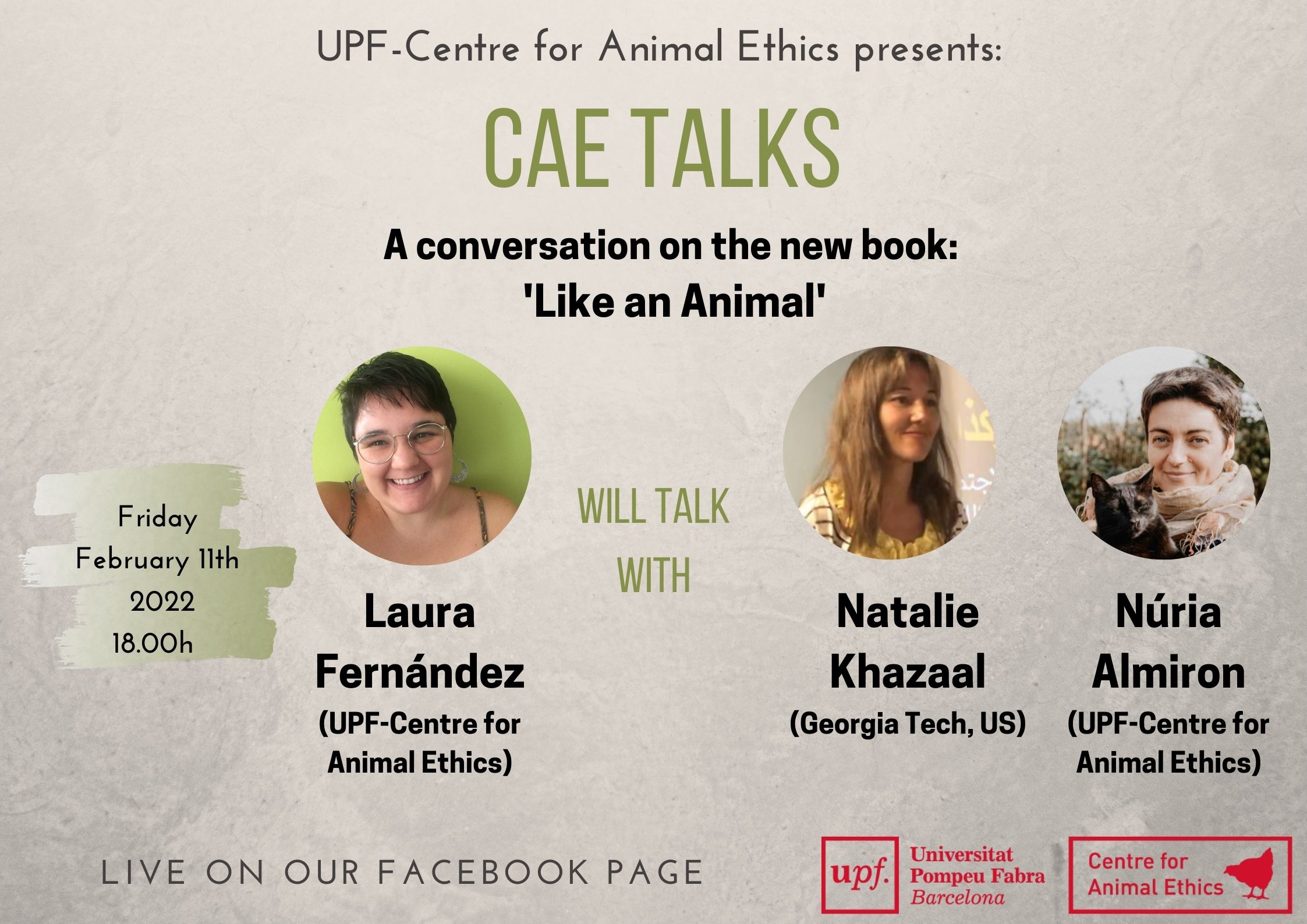