On the 30th and 31st of January 2020, UPF University hosted Former Vice-President of the European Commission Viviane Reding for two sessions: A conference over the future of Europe and an official inauguration ceremony for the opening of the Barcelona Centre for European Studies. 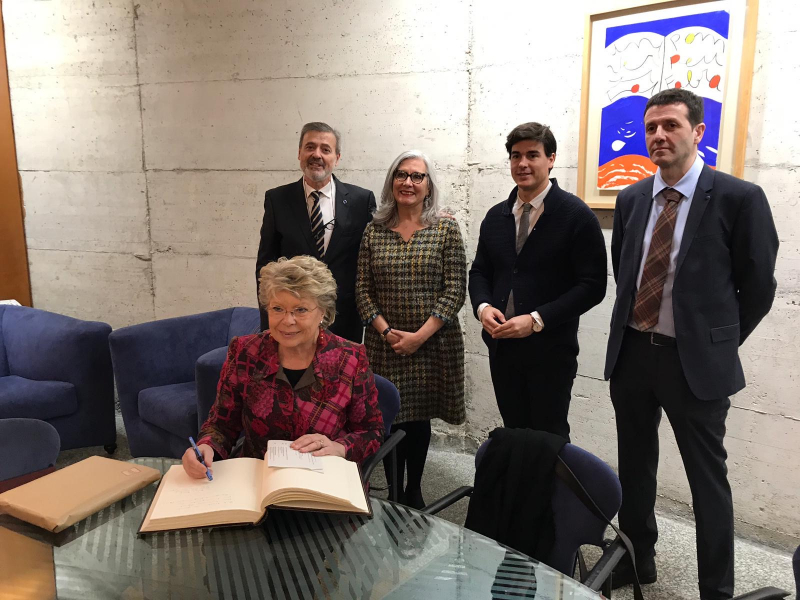 On the 30th and 31st of January 2020, UPF University had the pleasure to invite Former Vice-President of the European Commission and former European Parliament Member Viviane Reding. She was invited to participate in two official events related to European-inspired issues.

On the 30th, Mrs. Reding was the main speaker of the JMC Conference "Dialogues in Europe with experts in Europe" co-organized by Prof. Javier Arregui's Chair in European Governance, the soon-to-be Barcelona Centre for European Studies and the European Commission Representation Office in Barcelona. The session was aimed at undergraduate and MA students and these were also encouraged to actively contribute to the debate by means of questions and debate.

On the 31st, instead, Mrs. Reding was the guest of honor for the BACES inauguration ceremony hosted at the Ciudadella Campus of our University. The event involved an inauguration speech as well as the official signature of a symbolic constitution act for our Centre. The ceremony also involved an exchange of gifts to Mrs. Reding and the delivery of a European flag from the EC Representation to the newly-born research institute.

You can watch a recording of the JMC Conference on the youtube link on the side of this news.

Below you can find a list of photos from the BACES Inauguration ceremony. 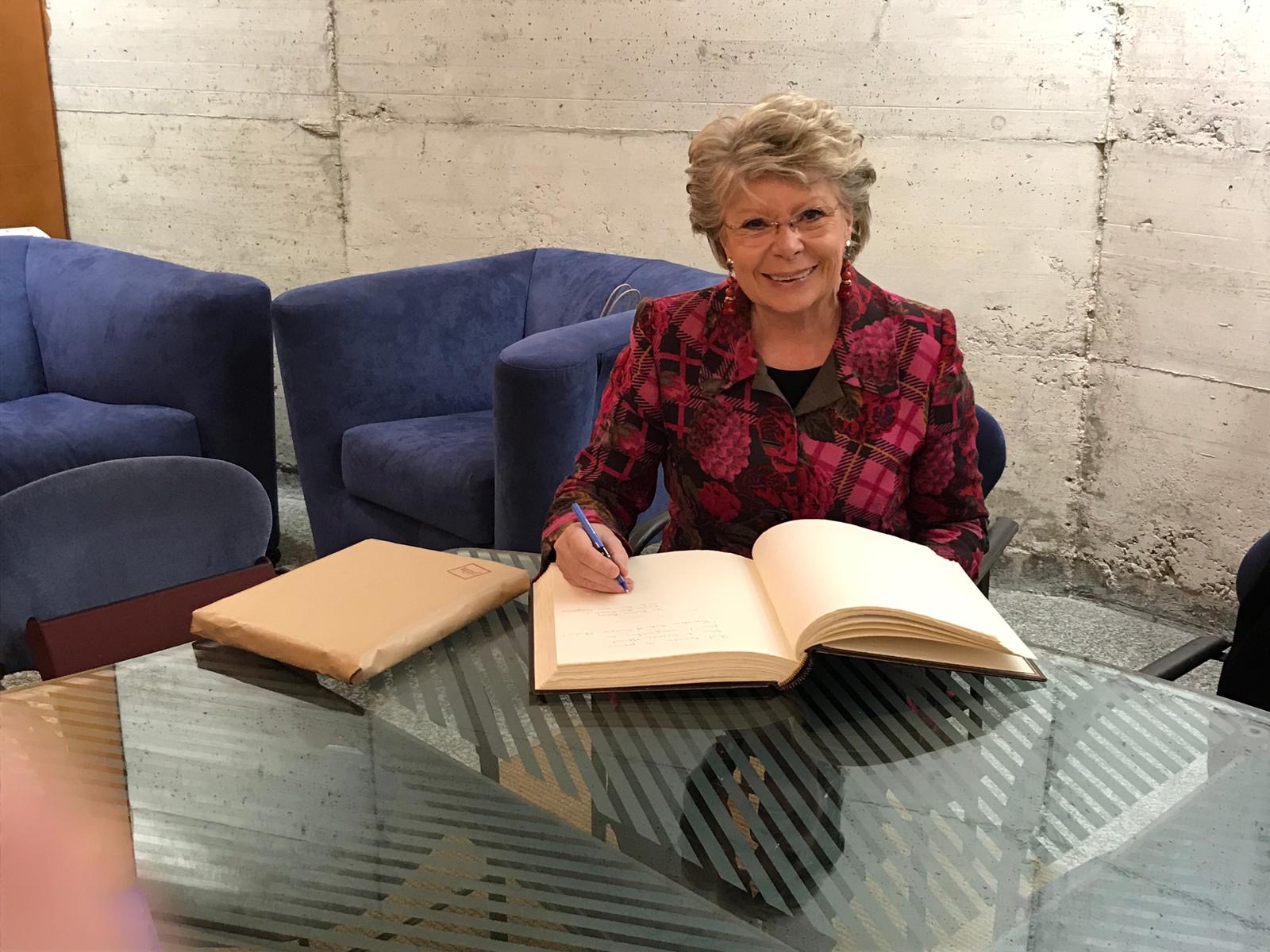 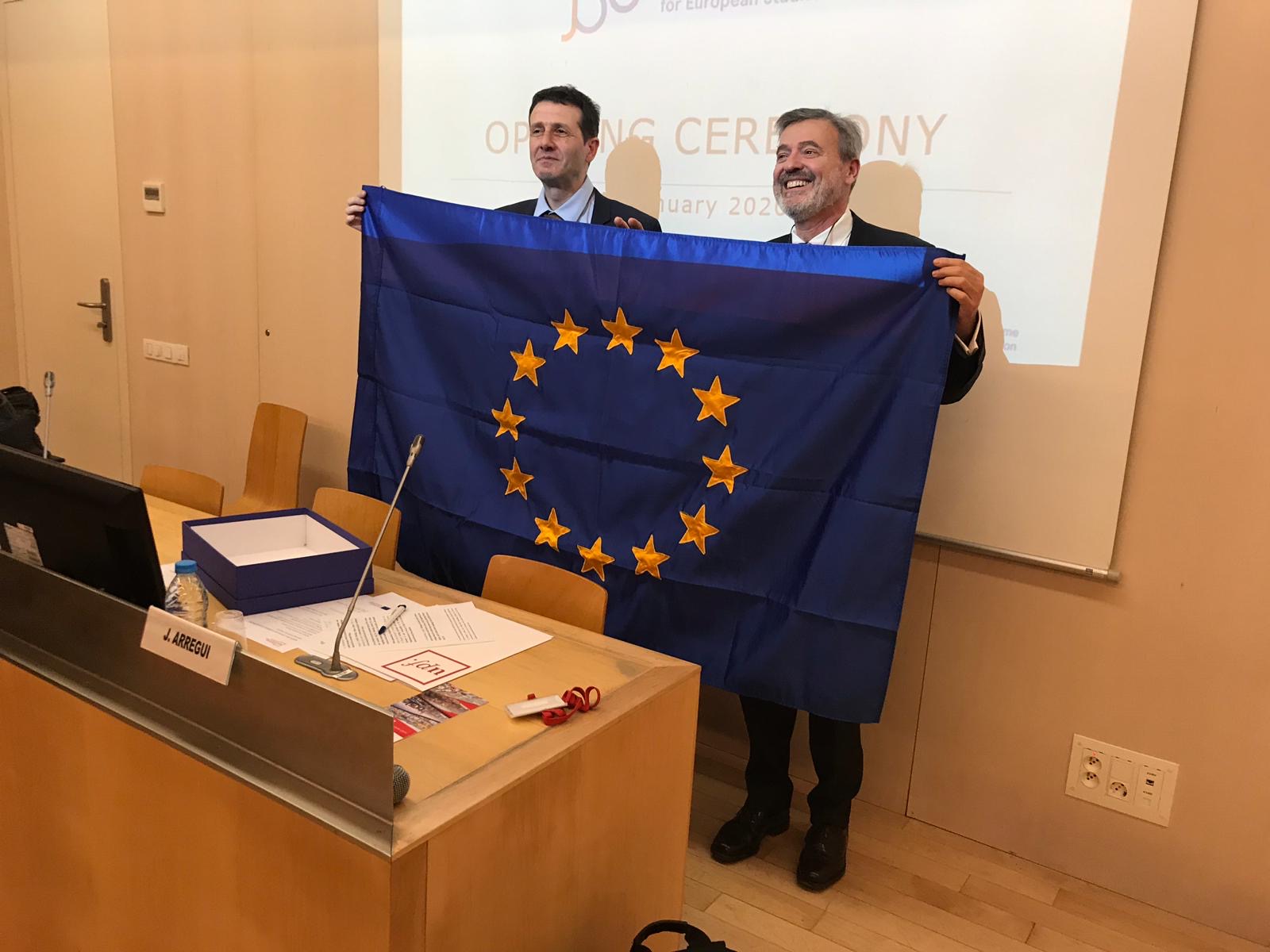 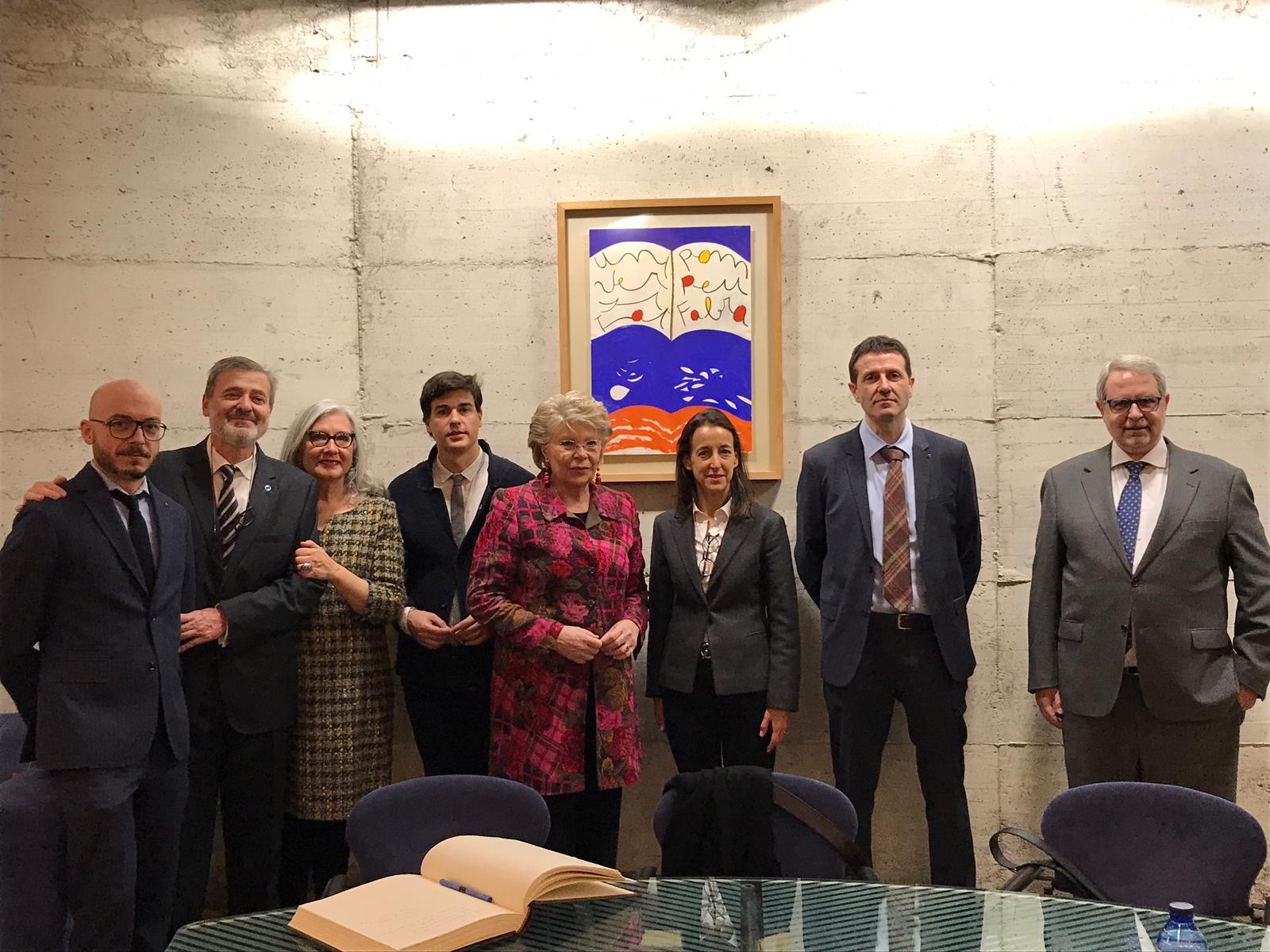 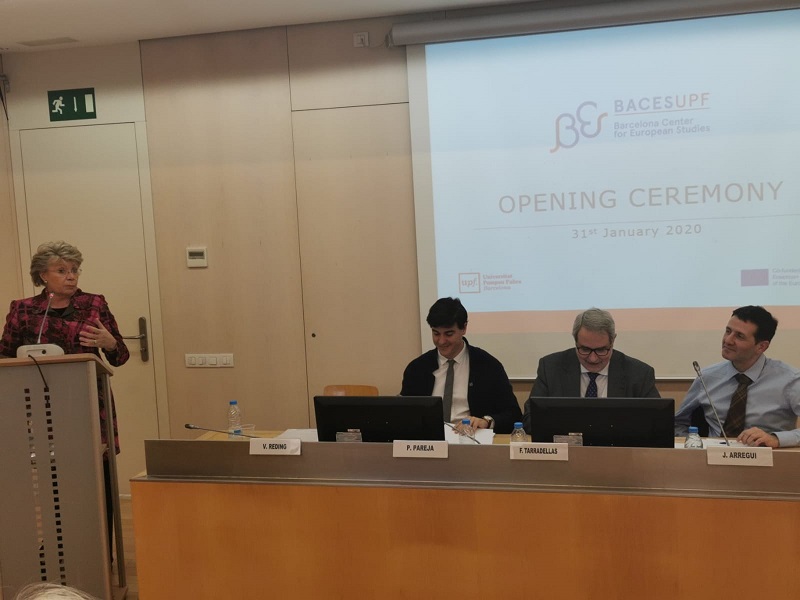 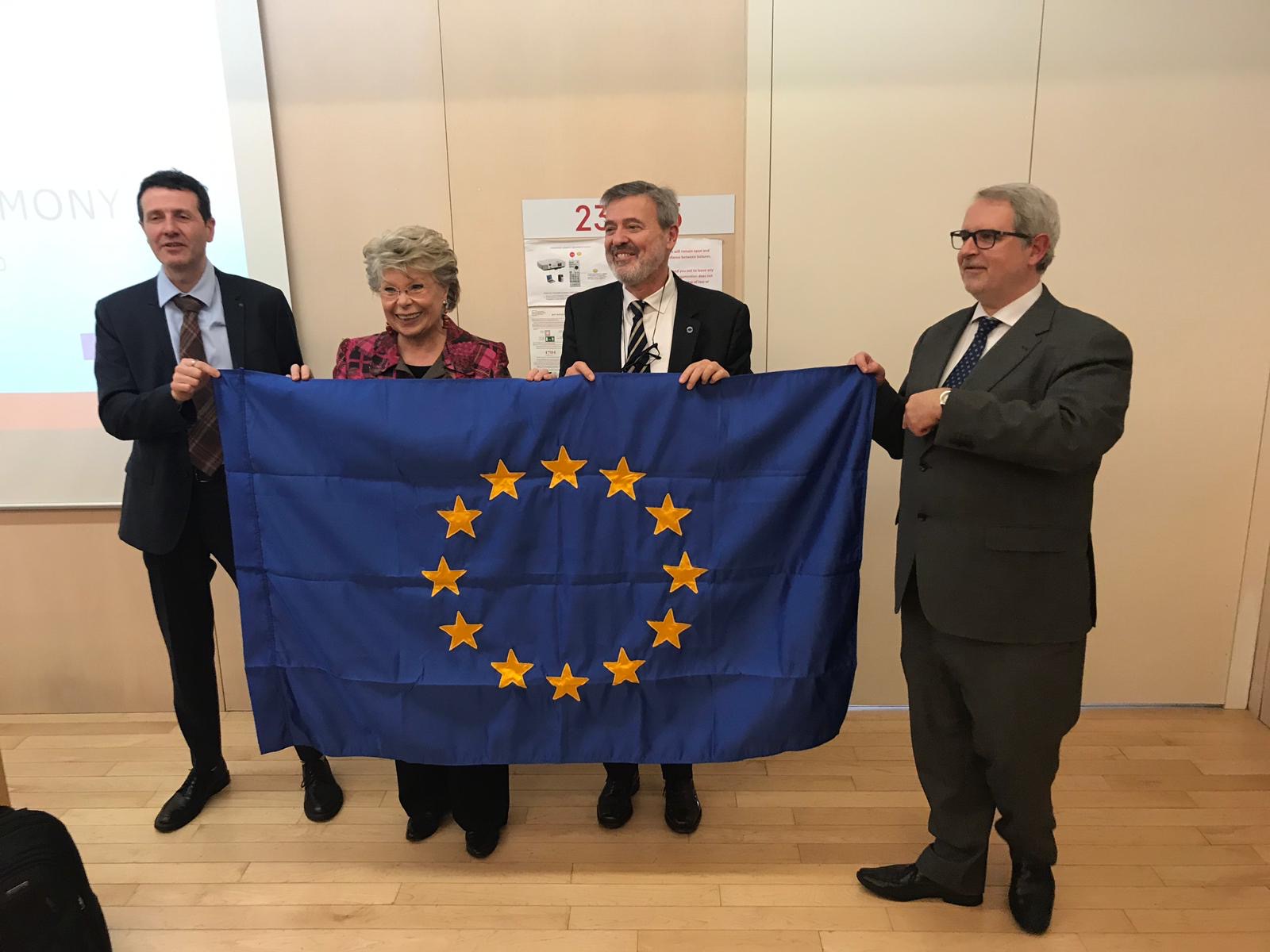 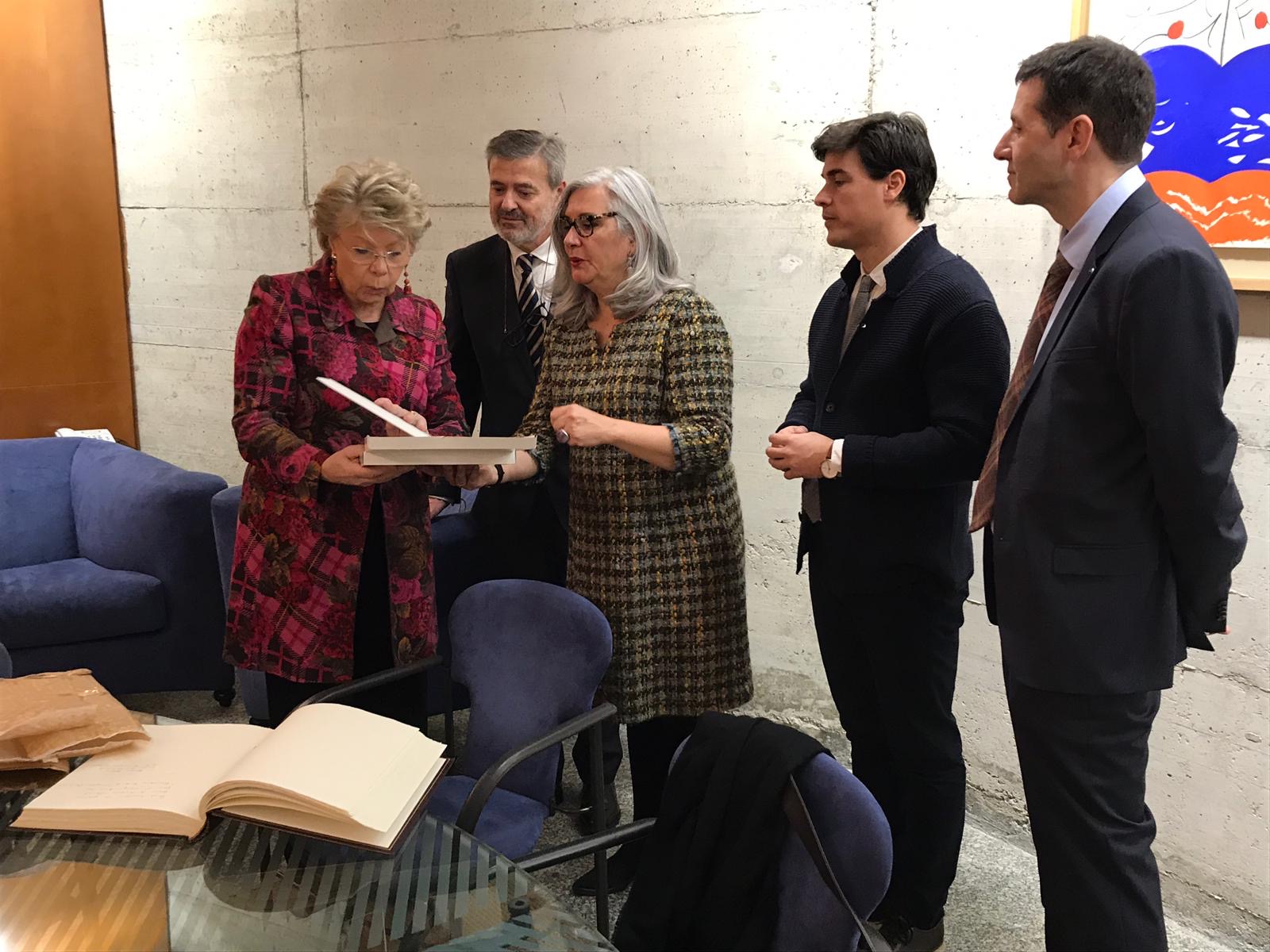