The University wishes to recognize the CEO and founder of the company Openworld for her significant work in the promotion of engineering studies among girls in Africa, the mentoring of young people, and her social commitment in the fight against poverty. The ceremony will take place on 15 December on the Poblenou campus.

Whach the ceremony live and share your comments using #MuthoniHonorisUPF

Dorcas Muthoni, a Kenyan engineer and entrepreneur, CEO and founder of the company Openworld, is to receive the University’s highest recognition on 15 December 2017 at a ceremony that will take place in the auditorium of the Poblenou campus.

Through the agreement reached by the Board of Governors on  18 October, UPF wishes to recognize her entrepreneurial career in the field of ICTs on the African continent, as well as her major task in promoting engineering studies among young women in Africa, the mentoring of young people, and her social commitment to breaking the vicious circles of poverty.

She is the fifteenth person to be made doctor honoris causa by the University, since the first recognition of Desmond Tutu (1999-2000) until the last, received by Frederik Wiseman during the 2015-2016 academic year, and the second woman, after Michelle Bachelet (2009-2010). 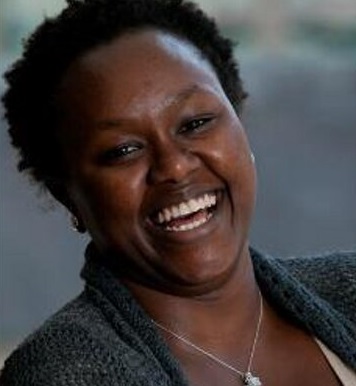 Dorcas Muthoni (@DorcasMuthoni), who graduated in Computer Science from the University of Nairobi, has specialized training in wireless networks, radio-communications and strategic technology planning, among other subjects. Through her everyday work as a businesswoman and computer scientist, she seeks to see technology positively transform the life of the African society and businesses.

When she was 24 years old, she founded Openworld, a software consultancy firm in the region of East Africa, which is today one of the leading electronic administrations on the continent. This organization, which has become established as an open source centre, is involved in some of the most utilized web and cloud applications in Africa, such as ARIS, used by the 54 member states of the African Union, or OpenBusiness, a revolutionary cloud-based business management tool.

In a region plagued by gender inequality, Dorcas Muthoni has striven to overcome social challenges associated with women’s involvement in computer science, and she has done so by using her experience gained to provide advice and guidance to women and girls in ICT.

In this line, she founded the Organization AfChix, an initiative for tutoring and the creation of skills in the computing field for women and girls of the African community. Since 2004, this entity has promoted conferences and meetings and has facilitated careers in computing and continuous training for these people. Her passion and involvement have become a role model for these generations.

Previously, Muthoni worked to create the Kenyan education network, to which she contributed technical leadership (network infrastructure planning, project management and the creation of capacities for member institutions) during four years to realize a pioneering initiative of research and teaching in Africa. Today, this network (KENET) provides a common digital infrastructure to over 30 universities and research institutions in the country.

She has received numerous international awards in recognition of her career, such as the Anita Borg Institute for Women and Technology’s Change Agent award (2008). She was also selected as Women’s Forum Rising Talent(2009), a network of women with great talent with potential to become influential figures in the future, and chosen by theYoung Global Leader of the World Economic Forum (2013), a panel of distinguished leaders from around the world under the age of 40.

If you can’t watch the video, you need to enable Flash Player. Follow these instructions