The exhibition, prepared by the UPF Faculty of Humanities in collaboration with the TMB Foundation, vindicates the role of women in the four axes of knowledge: art, thought, literature and history. The opening ceremony of the exhibition, which includes quotations by 22 famous women, historical figures of universal culture, took place on 12 July in the hall of the underground where it is located.

The mural titled “Humanities in the feminine: great women of universal culture” was on display until 30 September in the hall of the Barcelona Ciutadella/Vila Olímpica underground station (L4). It seeks to make women’s contribution to culture and knowledge visible. This initiative of the Faculty of Humanities of Pompeu Fabra University, within the framework of the UPF Culture Programme, enjoys the collaboration of the Fundació de Transports Metropolitans de Barcelona (TMB Foundation).

The inauguration took place in the hall of the underground, right opposite the exhibition (exhibition press dossier, 7 pages, in pdf), on 12 July. The ceremony was attended on behalf of UPF by Manel Jiménez, vice-rector for Educational Transformation, Culture and Communication; Josep Maria Castellà, dean of the Faculty of Humanities, and Tamara Djermanovic, exhibition director and vice-dean of the same faculty. On behalf of the TMB Foundation, its director, Santiago Torres Sierra, and the director of Social Responsibility, Women and Diversity, Raquel Díaz Caro were in attendance. The curator of the exhibition, M. Àngels Cabré, writer and director of the Cultural Observatory of Gender, was also present.

The proposed short itinerary represents the four axes of humanistic knowledge –art, thought, literature and history– that make up the humanities, through the living word that has illuminated some of the great female figures from the end of the 10th century to the present day. With this exhibition, UPF seeks to make women’s contribution to culture and knowledge more visible.

The exhibition, the initiative of Tamara Djermanovic, a professor with the UPF Department of Humanities, includes various quotes by 22 famous women, historical figures of universal culture, such as the writer Virginia Wolf, the philosopher Hannah Arendt, the painter Frida Khalo, and the activist Angela Davis. The colourful mural depicts each of the 22 women in large format along with a memorable quotation that has made her famous. The quotations, in the original language of the historical personality, have been translated into Spanish and Catalan.

The initiative aims to bring culture in the feminine closer to the public and enrich travel by public transport. It will be installed in the Ciutadella/Vila Olímpica station on L4 of Barcelona Metro from 12 July to 30 September 2021 (may be extended). 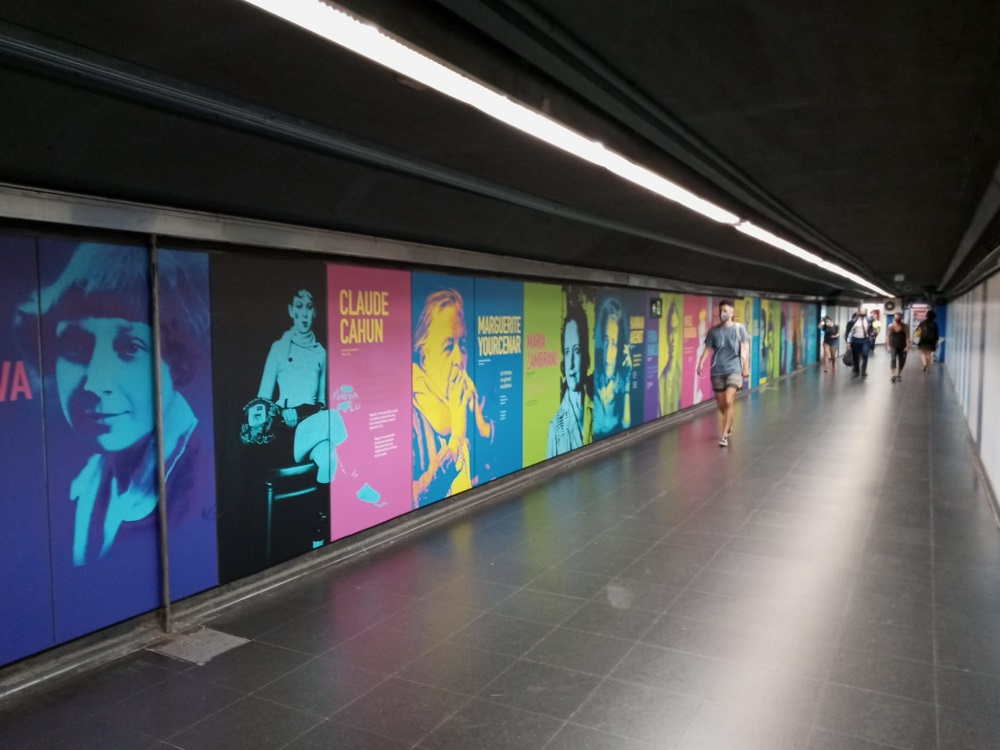