A study led by UPF and CSIC researchers analyzes traces of ingredients in 5300- to 4000-year-old cooking vessels. Scientists study animal lipids and microscopical remains of plants in vessels from the Bronze Age Indus Valley Civilization and preceding Copper Age cultures in northern Gujarat, India. By reconstructing the ancient ingredients, their diverse origin, and the ways of preparation, they find evidence for surprising continuity in ‘foodways’ over 1300 years with great cultural change. 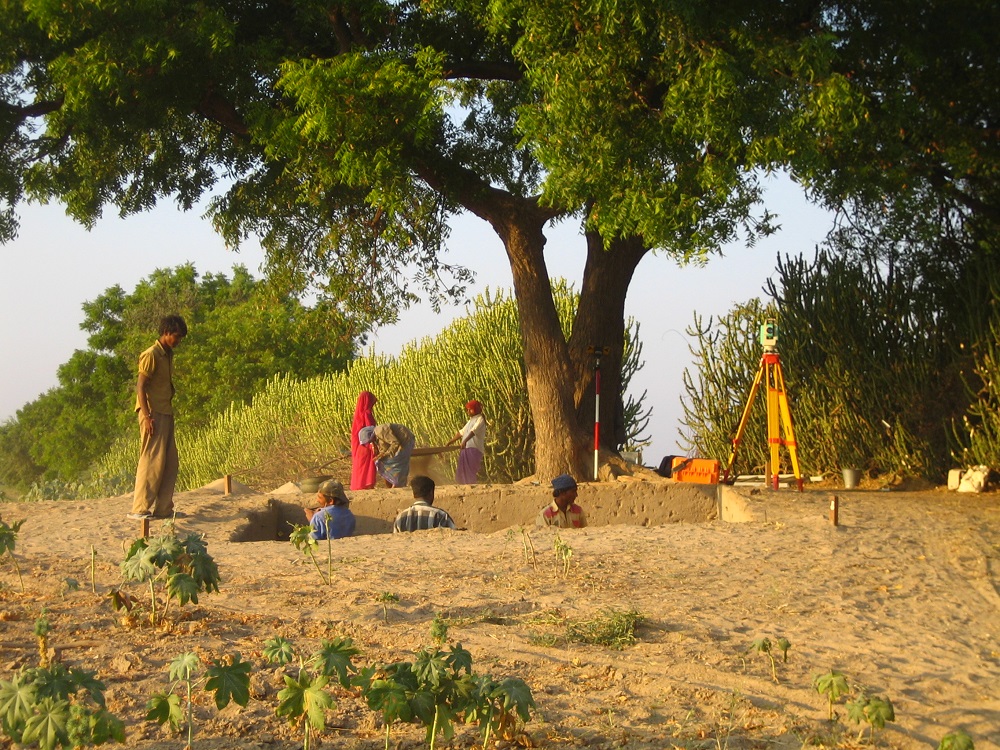 “Fatty molecules and microscopic remains from plants such as starch grains and phytoliths – silica structures deposited in many plant tissues – get embedded into vessels and can survive over long periods,” said Akshyeta Suryanarayan, a EUTOPIA-SIF researcher at the Universitat Pompeu Fabra in Barcelona, Spain, with CaSEs Research Group.

In the new study, the scientists analyze such ‘leftovers’ in Copper and Bronze Age vessels – including pots, vases, goblets, jars, and platters – from today’s Gujarat, India.

“Our study is the first to combine starch grain and lipid residue analysis of ancient vessels in South Asia,” said García-Granero and Suryanarayan. “Our results show how the prehistoric people who made these vessels processed different foodstuffs and mixed them together, transforming them into meals.” 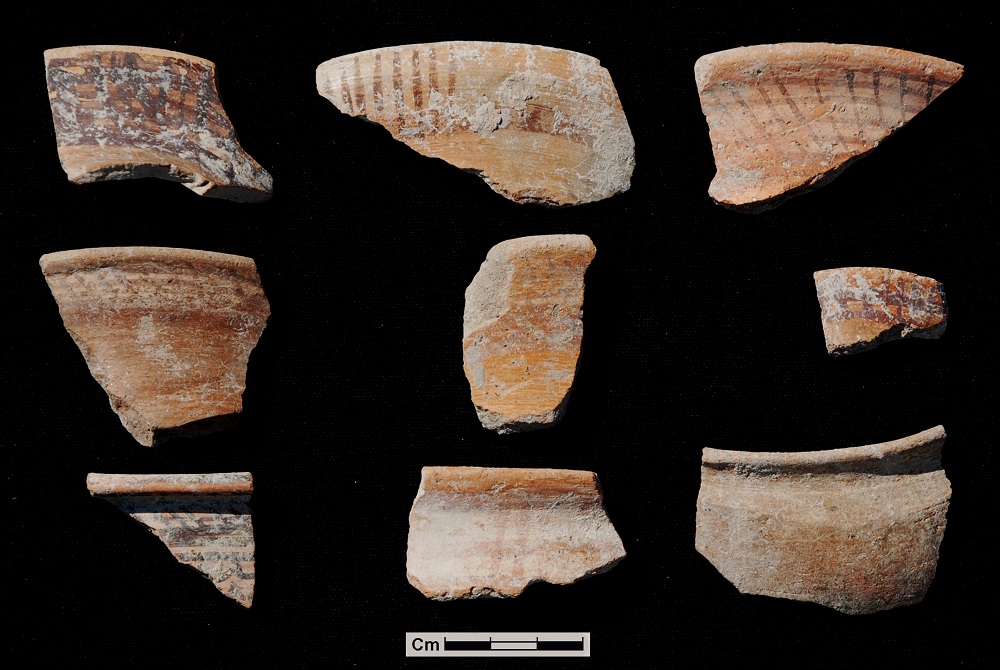 The authors sampled eleven 4200- to 4000-year-old vessels excavated at Shikarpur, an archeological site from the Bronze Age Indus Valley Civilization that flourished between 2600 and 2000 BCE in today’s Pakistan and northwestern India, the third oldest urban civilization in the world. To study the effects of cultural change, they also sampled seventeen 5300- to 4300-year-old vessels from two nearby sites, Datrana and Loteshwar. The latter were made by semi-nomadic farmers and herders, during the Copper Age.

“Our results show that during both the Copper and Bronze Age in northern Gujarat, people acquired their ingredients in a variety of ways: some were foraged locally from the wild, others cultivated or herded, and some were traded in from elsewhere,” said first author Juan José García-Granero, a researcher at the IMF-CSIC. 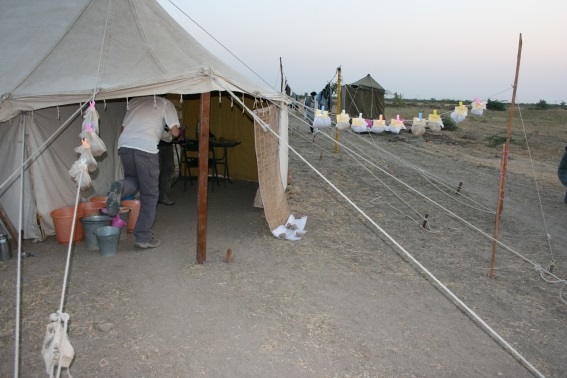 For example, in the vessels from Datrana, 99% of the starch grains were from grasses in the tribe Hordeeae, which includes wheat, barley, and rye and their wild relatives. But these aren’t native to Gujarat, which suggests that they were imported from other areas.

The vessels from Loteshwar and Shikarpur contained mainly (67% to 73% of starch grains) starch from beans. The researchers also found traces of ginger, which may first have been ground on grinding stones and then used in cooking.

The lipids in the vessels from all three sites were mainly fatty acids typical of degraded animal fats. For the majority (78%) of these vessels, the relative abundances of the carbon isotopes 13C to 12C of the fatty acids suggested that this fat was from omnivores, for example pigs, birds, or rabbits.

This was unexpected, as animal bones reported from Copper and Bronze Age sites in Gujarat in previous studies have so far mostly been from ruminants: domestic cattle, water buffalo, sheep, goats, and wild deer and nilgai antelope. Yet only in 22% of the vessels analyzed here were isotope signatures consistent with ruminant fat. There were no traces of fish or dairy.

No phytoliths were found. Because these occur mainly in inedible plant parts, their absence suggests that seeds and grains were thoroughly cleaned before they were put into the vessels, with the less palatable parts removed.

To their surprise, the authors found no evidence that the profound cultural change from the Copper Age to the Indus Valley Civilization had any impact on how animals and plants were processed before and during cooking. 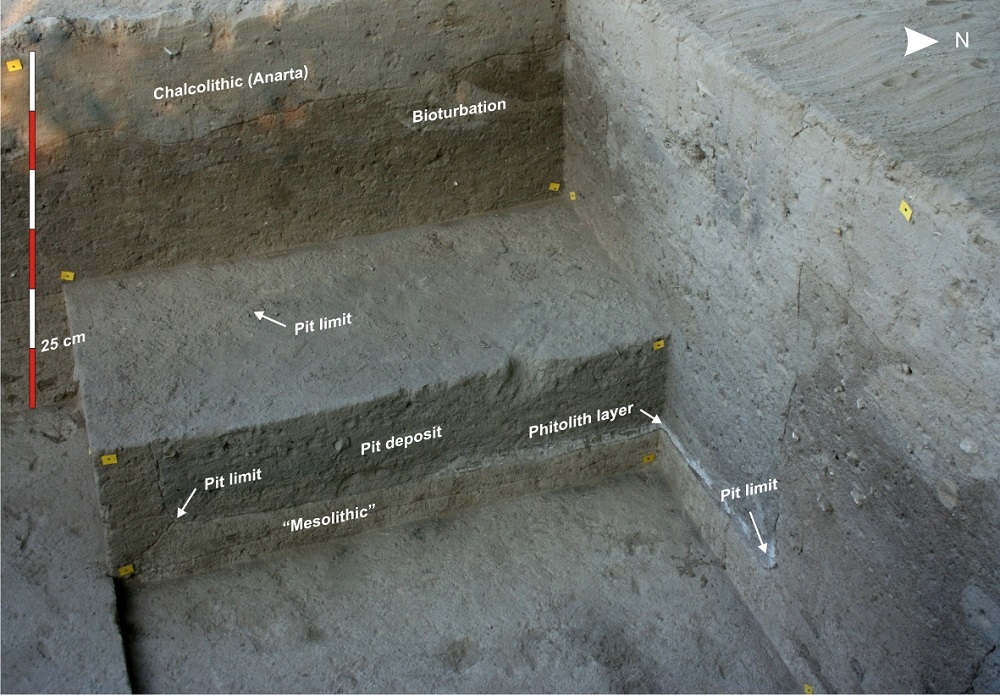 “Our results suggest that different ingredients were also used in different methods of cooking. The virtual absence of small millets (the staple in prehistoric Gujarat) in the pottery vessels suggests millets were used exclusively for flour-based meals, such bread-like products, whereas other ingredients (such as beans) would also have been used in a wider range of dishes, such as stews,” said García-Granero.

The ICREA Research Professor Marco Madella, project’s director and coordinator of CaSEs Research Group, from the Universitat Pompeu Fabra, concluded: “The combined use of plant microremains and biomolecules of the current study shows the great potential to unravel our understanding of ancient foodways.”. And adds: “The next step for the study of footways in South Asia will be to expand the reference material, especially for biomolecule analyses, for a better understanding of the ingredients and the recipes. We are currently expanding our work to cover the transition from the pre-urban to the urban phase of the Indus Valley Civilisation.”

Fieldwork at Datrana and Loteshwar was funded by the Spanish Ministry of Education, Culture and Sport (Programa de Ayudas para Proyectos Arqueológicos en el Exterior 2009 and 2010) and the Catalan Government (Programa EXCAVA 2009), and fieldwork at Shikarpur was funded by the Department of Archaeology and Ancient History of The Maharaja Sayajirao University of Baroda (Gujarat, India), the Archaeological Survey of India and the Gujarat State Department of Archaeology and Museums.

J.J. García-Granero acknowledges funding from the European Commission (H2020 MSCA 2015, Grant No. 704867) and the Spanish Ministry of Science, Innovation and Universities (IJC2018-035161-I). A. Suryanarayan thanks the Cambridge Trust, Nehru Trust for Cambridge University and Sidney Sussex College, Cambridge, for providing funding for research and travel. M. Cubas is funded by a Ramón y Cajal fellowship (RYC2019- 026697-I) of the Spanish Ministry of Science and Innovation