To improve climate models, an international team with the participation of UPF turns to archaeological data

Back To improve climate models, an international team with the participation of UPF turns to archaeological data

To improve climate models, an international team with the participation of UPF turns to archaeological data

The project, called LandCover6k, offers a new classification system that the researchers hope will improve predications about the planet’s future and fill in gaps about its past. Published in PLOS ONE, the study includes the participation of researchers from the universities of Pennsylvania, Pompeu Fabra and Glasgow, including Marco Madella, ICREA research professor of the Department of Humanities at UPF, who is one of the project leaders. 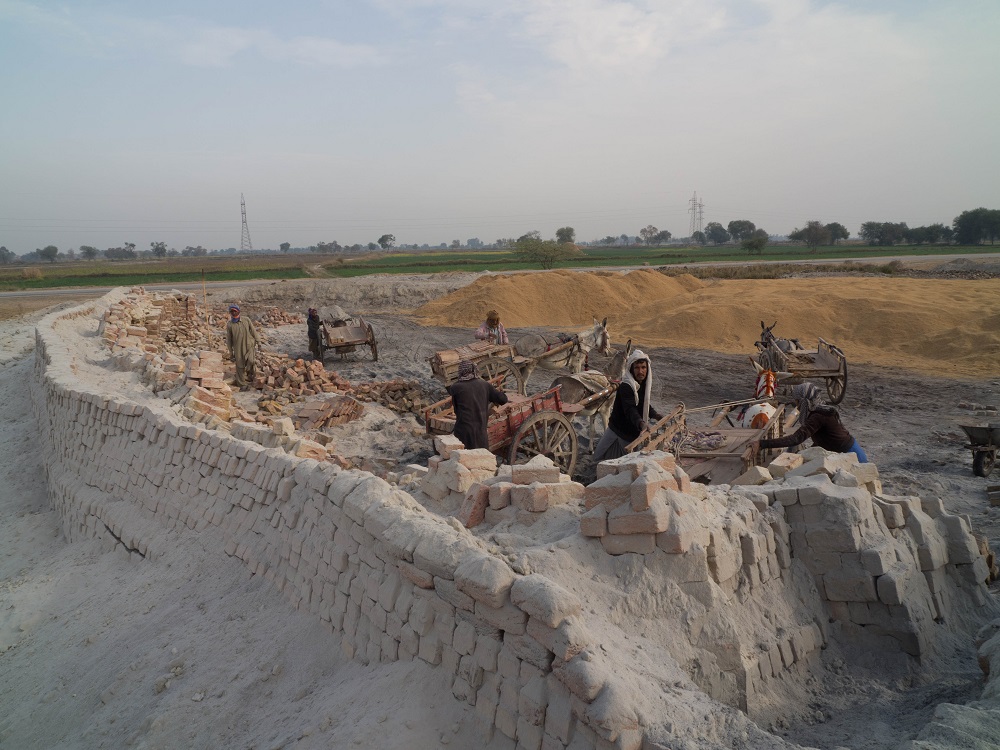 Climate modeling is future facing, its general intent to hypothesize how the planet may look at some later date. Because the Earth’s vegetation influences climate, climate models frequently include vegetation reconstructions and are often validated by comparisons to the past, including that of vegetation. Yet often, such models are oversimplified, glossing over or omitting how people affected the land and its cover.

Conversely, one of archaeology’s main objectives is to uncover as much as possible about these anthropogenic alterations. “Understanding the human impact on the Earth is more than looking at past vegetation. It’s also important to understand the past human land use and in particular, the relationship between human land use and vegetation,” says Penn archaeologist Kathleen Morrison.

Marco Madella: "The work focus of the current PLOS article is the development of a land use classification system based on archaeological and historical data syntheses that allows a better understandings of past vegetation information and evidence of human land use."

Though current Earth system models suggest that human activity the past 12,000 years influenced regional and global climate, adds Marco Madella, ICREA research professor of the Department of Humanities at UPF and coordinator of Complexity and Socio-Ecological Dynamics research group (CaSEs): “The models do not capture the diversity and intensity of human activities that affected past land cover, nor do they capture carbon and water cycles.”

The absence of such data led to LandCover6k, a project now in its sixth year that includes more than 200 archaeologists, historians, geographers, paleoecologists, and climate modelers around the world. LandCover6k’s goal is to aggregate archaeological and historical evidence of land-use systems from four slices of time—12,000 years ago, 6,000 years ago, 4,000 years ago, and around the year 1500—into a single database that anyone can comprehend and use.

Led by Morrison, Madella, and Nicki Whitehouse of the University of Glasgow in the United Kingdom, with data expertise from Penn landscape archaeologist Emily Hammer and others, LandCover6k offers what the researchers hope will become a tool to improve predications about the planet’s future, plus fill in gaps about its past. In a new PLOS ONE paper, they provide a detailed introduction to LandCover6k’s land-use classification system and global database.

According to Marco Madella, "the work focus of the current PLOS article is the development of a land use classification system based on archaeological and historical data syntheses that allows a better understandings of past vegetation information and evidence of human land use." 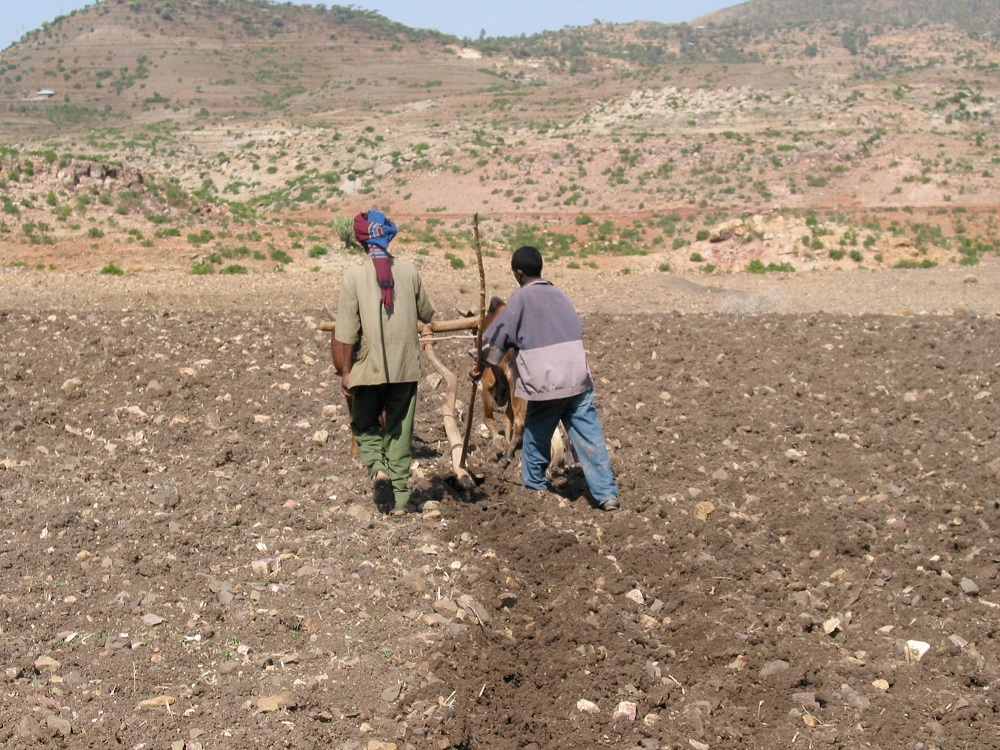 Creating a common language, a system

To share these data meant first creating a common language that scientists across disciplines could understand. It’s a task more fraught than it might sound, Morrison says. “Classification means putting hard edges on something. That’s very challenging, as archaeologists are often much more comfortable with narrative.”

Partially because of a lack of shared terminology, archaeologists have not tried to aggregate and compare data on a global scale, something the project’s paleoecologists and modelers had already been doing, she adds. “We spent years consulting with colleagues around the world, discussing all the different types of land use and developing a communication system—the same language, the same terminology—that could be used anywhere.”

Because such categories historically have had different meaning depending on place, context, and time period, some initially balked at committing to single definitions for each. Hammer offers the concept of “farming” as an example. “The line between what is called ‘farming’ and what is considered small-scale food production by hunter-gatherers really varies across the world,” she says. So, how could the field fairly judge when the actions of hunter-gatherers managing wild plant and animal resources became “farming”?

Questions like these prompted the LandCover6k team to create a hierarchy within the classification system, with an upper-level category capturing an idea at its broadest and several distinct sub-categories funneling down from there. In the farming example, the research team created a sub-group, 'low-level food production', which could include the work of the hunter-gatherers. The hope, broadly speaking, was to offer enough nuance for the archeological community yet still make the data accessible to climate modelers.

In addition to the flexible hierarchy and the uniform terminology, the final classification has three other principal features. It is scale- -and source- independent, meaning it accounts for the myriad ways something can be studied. It “takes the perspective of land rather than people", as the researchers write in PLOS ONE, and it employs a consistent 8x8 kilometer grid scale. “That’s quite large, from an archaeological perspective,” Hammer says, “but we did that so that one person isn’t drawing something very small and another person very large.”

To showcase how the classification works, the researchers offer the example of the Middle East 6,000 years ago. This region, the area represented by modern day Iraq, Syria, Jordan, Kuwait, Saudi Arabia, Qatar, Bahrain, the United Arab Emirates, Oman, and Yemen, was home to some of the earliest agriculture in the world. Using the new classification and database, the team built a regional land-use map, despite data availability differing from one spot to the next.

“Mesopotamia has been studied since the mid-19th century so there are a lot of data and a lot of synthesis to rely on,” Hammer explains. “Arabia has not been nearly as well-studied. There are only a couple of data points, particularly for this period, and because of climatic events, the data are even rarer than for other periods. We wanted to illustrate the approach you would take in a situation where you have a lot of data versus a place with just a few.” The new map of Middle Eastern land is proof of concept for the project, showing the contrast between the settled farmers of Mesopotamia and the more sparsely settled lands of Arabia.

Morrison: “Humans have transformed landscapes for thousands of years. But we can’t just say that. We have to demonstrate it”.

The researchers don’t see information gaps, like those of Arabia, as problematic. Rather because the land-use database also records data coverage and quality, it can highlight areas needing more research. “Humans have transformed landscapes for thousands of years,” Morrison says. “But we can’t just say that. We have to demonstrate it.”

And that’s just what LandCover6k aims to do, merging what archaeologists have gleaned about human land use from different times and places into a single, accessible database for climate modelers—and each other. “This project is really about translating what we do,” Hammer says, “not only about the standardization of the terminology so we can talk at a global scale, but also about weaving together the narratives of the past.”

LandCover6k is a working group of Past Global Changes (PAGES), part of Future Earth, an international community of sustainability scientists. Funding came from the Office of the Provost at the University of Pennsylvania and PAGES. ICREA research professor Carla Lancelotti and postdoctoral researcher Stefano Biagetti, both from the CaSEs research group of Department of Humanities at UPF, also participated in the work.