The professor of Financial Economics and Accounting won the votes of 80.79% of the permanent teaching staff, the electoral sector with the highest turnout at 72.23%. 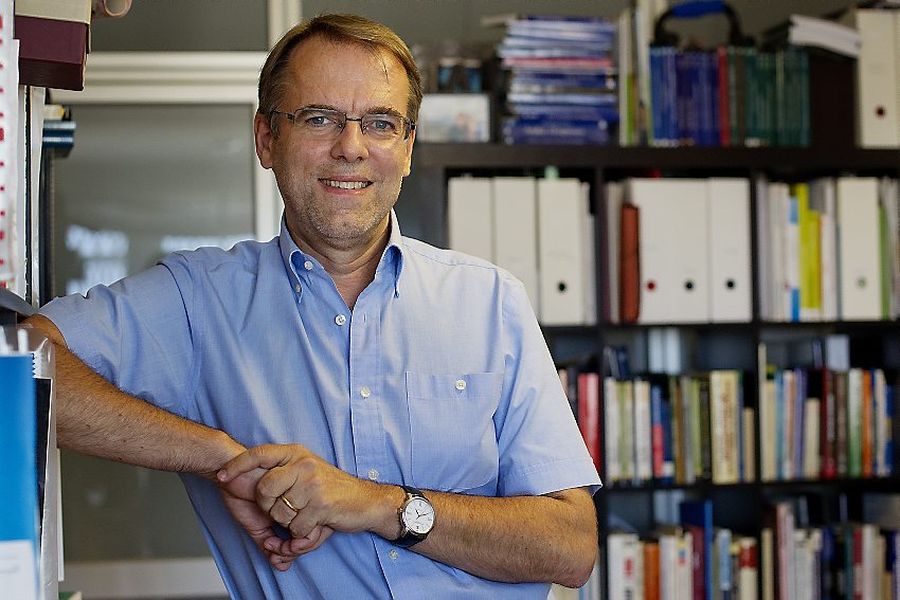 Oriol Amat, professor of Financial Economics and Accounting, has been chosen as UPF’s new rector, winning 65% of the votes (1,756) from the total votes cast (2,706). This result means that Amat will take over from UPF’s rector of the last eight years, the professor of Philosophy Jaume Casals.

Despite there only being one candidate, the official overall turnout has risen to 18.28%, representing an 11-point increase with respect to the last uncontested election. The sector with the highest turnout was that of the university’s permanent professors, standing at over 72%, while the sector with the lowest turnout was that of master and doctoral students, at 4.86%.

By university community sector, Oriol Amat obtained majority support across the board, particularly among the teaching staff, ranging between 63 and 81%, and administrative and service staff with 77.21%. Degree, master and doctoral students also all voted in their majority for the candidate, with percentages of between 55 and 58%.

*Weighting percentage for each sector in brackets

The Electoral Board will officially pronounce Amat as the elected candidate next Wednesday 12 May. Friday 21 May is the date set for Oriol Amat’s inauguration ceremony as rector of Pompeu Fabra University.

This is the second time that the elections for the UPF rector have been fully digital; voting took place between 3 and 5 May. The e-Vot platform was used, which is hosted and managed by the Consortium of University Services of Catalonia (CSUC) and enables universities to set up and manage digital elections. In total, 14,803 people were called to exercise their right to vote for these elections.

Oriol Amat i Salas has been professor of Financial Economics and Accounting at Pompeu Fabra University since 2001.

He holds a PhD in Economic Sciences (UAB) and a degree and MBA in Business Management and Administration (ESADE), and has taught at UPF since 1992. He has undergone residencies in a number of leading international centres. His lines of research include the analysis of factors for successful organisations and the ethical aspects of finance. He has supervised over fifteen theses and has written scientific articles and more than forty books, among other publications.

His interest in the four main dimensions of academic life (research, knowledge transfer, teaching and management) has led him to hold a number of academic and management posts, inside and outside of the University.

At UPF, he was the dean of the UPF Barcelona School of Management (2018-2021), director of the Department of Economics and Business (2003-2005), vice-rector of Economics, Information and Service Systems  (1997-2001) and, specifically in the area of teaching, director of the Centre for Teaching Quality and Innovation (2006-2011). He has also actively collaborated with various civil society institutions, such as the Association of Economists of Catalonia, of which he is the dean; the Chamber of Commerce of Barcelona, PIMEC and the Catalonia 2022 working group, set up to design the post-covid strategy.