Yesterday saw the final of the Rin4’ competition in which doctoral students explained their research in four minutes and in front of a non-specialist audience. The winner, Ferran Nadal-Bufí, is a first year PhD student who is researching the proteins present in blood. 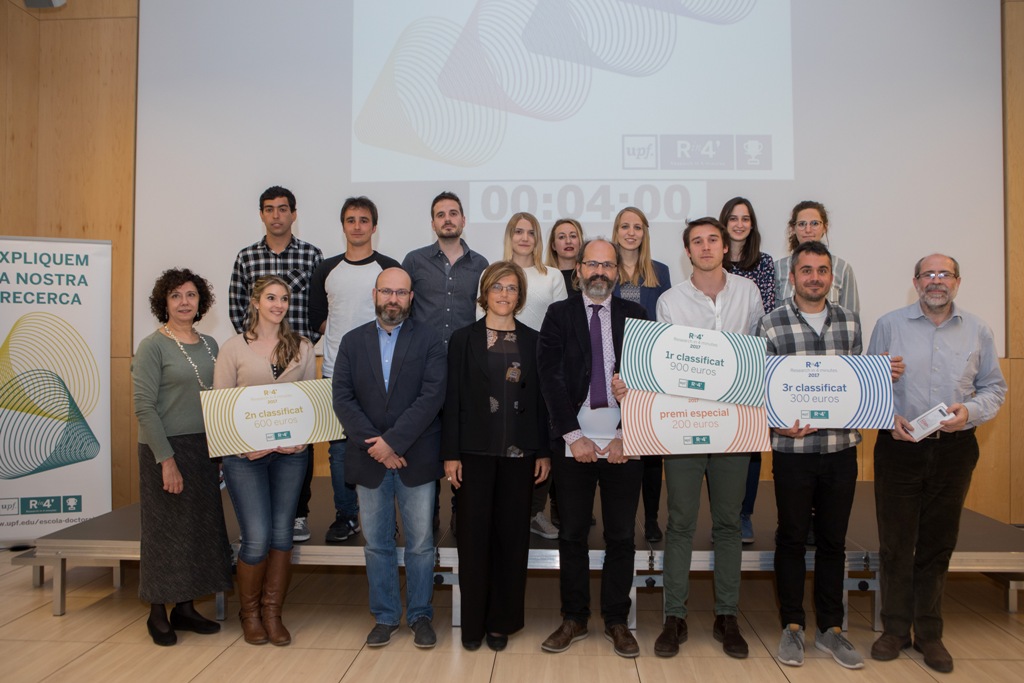 Summing up four years of doctoral thesis in just four minutes is no easy task, especially if it is done in front of a jury and in language understandable to all kinds of audience. This is the challenge put to the PhD students at Pompeu Fabra University in the Rin4' (Research in 4 minutes) competition, the third edition of which ended yesterday with the final held on the Ciutadella campus.

Ferran Nadal-Bufí, a PhD student with the Proteomics and Protein Chemistry Unit of the Department of Experimental and Health Sciences (DCEXS) directed by David Andreu, was chosen as the winner of the first prize of €900 and the special prize granted by the audience of €200. In his presentation "All that blood can tell", he showed great skill for making such a complex subject as blood composition an attractive visual issue. 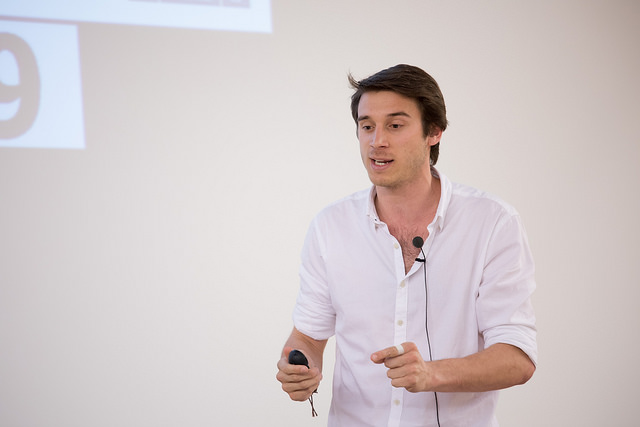 "For researchers and scientists, frustration is our daily bread: the experiments don't turn out first or even second time, hopefully third time lucky. The recognition I have received today for my work and research gives me great satisfaction", said the winner, who is currently in his first year of his doctoral thesis.

Nadal-Bufí's research hinges around the proteins in the blood. By using a mass spectrometer, researchers can determine all the molecules found in a liquid. This sophisticated device measures the size of the particles according to their mass and electric charge and enables classifying the proteins present in the blood. However, some proteins are very scarce and often are not detected by the mass spectrometer. With his research, Nadal-Bufí  aims to find a way to identify all the proteins in the blood. "Our body is home to some 100,000 proteins in total. If we manage to get the list of all of them, we can obtain biomarkers, proteins that are altered in the event of disease". 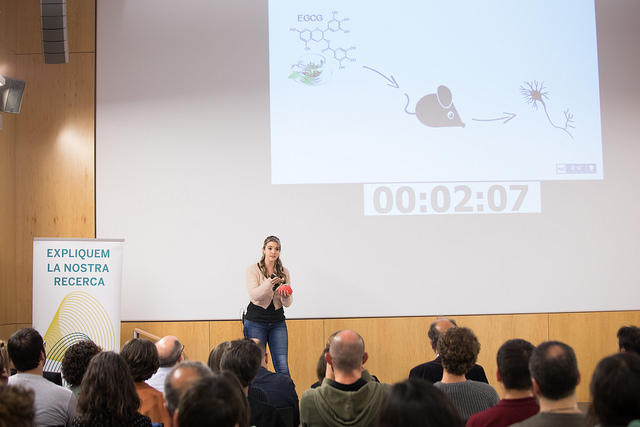 The second prize, worth €600, went to Mireia Ortega, doctoral student in the Cellular and Systems Neurobiology  research group of the Centre for Genomic Regulation (CRG), directed by Mara Dierssen. In her research, Ortega seeks to find out how a drug discovered in green tea and used to treat Down's syndrome works. As she explained in the presentation "How does it do it? A drug that improves memory and learning in people with Down's syndrome", "a few years ago the only important thing in order to be able to market a drug was that it worked. Now we know that it is necessary to understand its mechanism of action in order to prescribe it safely and, insofar as possible, avoid the side effects".

Toni Bassaganyas, of the PhD programme on Translation and Language Sciences, won third prize, worth €300, with the presentation of "Two politicians walk into a bar". His work investigates the variation that exists between language and reality, giving special importance to the interpretation of possessive verbs. "It is difficult to establish the relationship between the different components of a sentence, but also between the reality described in the sentence and the language used", says Bassaganyas, who is currently investigating with the Formal Linguistics research group (GliF), of the Department of Translation and Language Sciences at UPF. 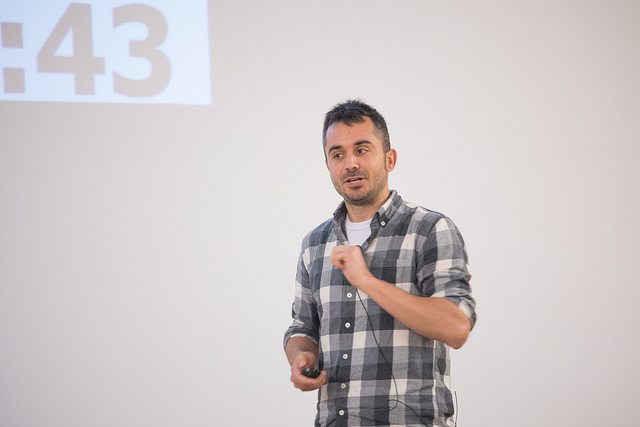 Among other aspects, the jury, composed of Enric Vallduví, vice-rector for Research and Doctoral Studies at Pompeu Fabra University; Carme Martinell, general manager of the Continuing Education Institute Foundation, and Pere Torra, deputy general manager of the Teaching Area of Pompeu Fabra University, assessed the academic significance of the presentations, the clarity of the presentations, and the speakers' capacity and their ability to get across to and captivate the audience in general. The winners of the previous editions, Carlos Toscano (2016) and Cristina Galusca (2014), and the director of the Doctoral School, Núria Sebastián, awarded the prizes. Emma Rodero, professor at the University's Department of Communication participated in the event as the host of the final.

The Rin4' competition is an initiative of Pompeu Fabra University's Doctoral School. With it, UPF seeks to promote the importance of communication skills in the dissemination of science.

Exhibition of Ferran Nadal-Bufí, winner of the Rin4' 2017 competition