The autumn issue of the institutional digital magazine offers an in-depth look at recent initiatives such as La Benvinguda and the launch of UPF Alumni international chapters. It also includes opinion articles and an interview that reflect on the present and future challenges posed by biology and the imminent changes needed to stop the climate crisis. 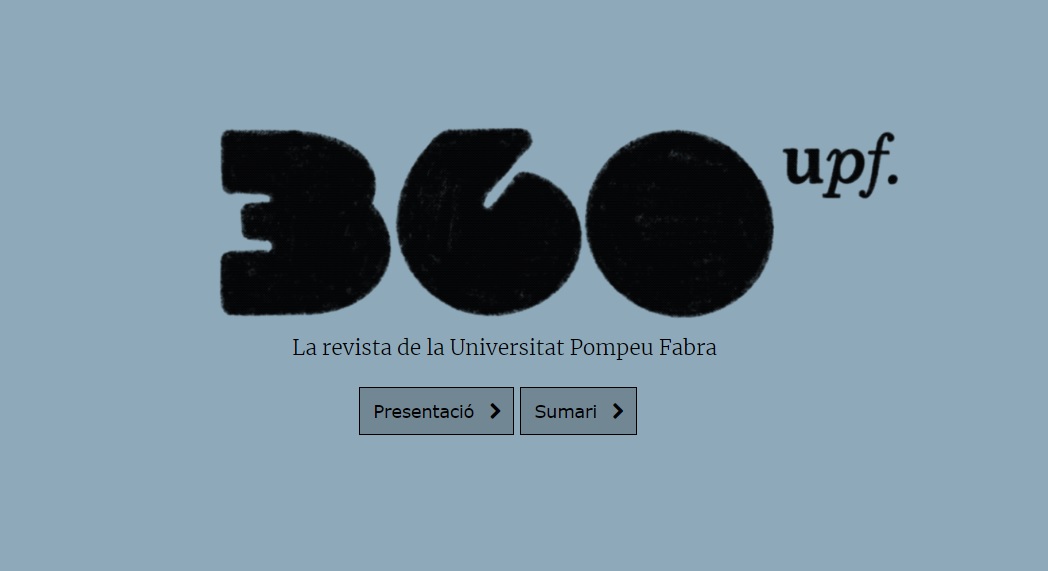 UPF has been working for some time now on a loyalty-building programme for the members of its community, one that goes beyond the strictly academic period they spend studying within its walls. The university must nurture this community before, during and after their studies. That is why issue No. 11 of 360upf magazine, the university’s digital publication, which reports on institutional news with an innovative format, devotes much of its content to this topic.

The ‘Community’ section reviews UPF’s new welcome programme, La Benvinguda, which was launched this academic year and aims to provide new undergraduate students starting at the university with a softer landing. The ‘Our alumni’ section travels to Los Angeles to interview Patricia Puentes, an alumna of UPF’s bachelor’s degree programme in Audiovisual Communication and a film and television critic. Together with Marta Gené and Xavi Martínez Salcedo, she is the driving force behind UPF Alumni’s international chapter in California.

Finally, the ‘UPF Visions’ section firmly establishes itself with a new conversation, entitled ‘UPF Family’. The conversation features Laia de Martí Müller, an alumna of UPF’s bachelor’s degree programme in Business Sciences-Management, who graduated last July, and her parents, Xavier de Martí Vallès and Thais Müller Hernández de Lorenzo, both alumni of UPF’s first-ever graduating class, the class of 1994. Together they discuss the differences between the university of the 1990s and that of today.

Present and future challenges to stop the climate crisis

In the ‘Profile’ section, we talk with Ricard Solé, an ICREA research lecturer at UPF, who looks at the present and future challenges in biology and highlights the urgent need for imminent changes to stop the climate crisis.

The ‘Kaleidoscope’ section, entitled ‘The impact of the energy crisis’, includes seven opinion pieces by experts from UPF and affiliated institutions specialized in various fields of knowledge.

The magazine’s autumn issue, available in three languages (Catalan, Spanish and English), is rounded out with a feature story on UPF’s Department of Information and Communication Technologies (DTIC), which was recently accredited for the second time as a María de Maeztu unit of excellence, one of the highest institutional distinctions for scientific research in Spain.

Finally, the issue also includes the regular sections: ‘Three60’, on the tenth anniversary of the UPF Solidària Fair; ‘QuizTime’, offering ten questions to test your knowledge of Alexander Graham Bell, the inventor best known for his work with the telephone; and ‘Panoramic View’, featuring key news about the university.