The UPF professor of Fundamentals of Economic Analysis and researcher for the Research Centre for International Economics (CREI) recently won the presidential elections for this organisation, affiliated to the Institute for Catalan Studies (Institut d’Estudis Catalans). 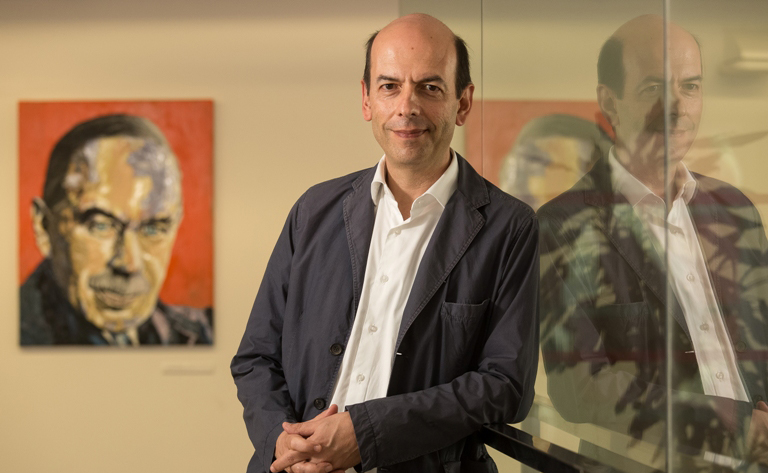 Jordi Galí, UPF Professor of Fundamentals of Economic Analysis at the Department of Economics and Business and Senior Researcher for the Research Centre for International Economics (CREI), is the new president of the Catalan Economics Society (Societat Catalana d’Economia), after winning the presidential elections held on 22nd December.

Galí takes over from Eduard Arruga, president of the Catalan Economics Society since 2010, winning the elections with 64 votes in favour. The other candidacy led by Xavier Farriols won 47 votes, and there were 4 blank ballots.

Some of the duties that Jordi Galí will carry out as president (until now a member of the academic body's board) will be full representation of the society, presidency of the General Board and Governing Board and participation with a seat and vote in the corresponding section meetings and IEC plenaries.

The Catalan Economics Society is an academic society created to further develop study and research in the field of economics and to achieve its dissemination throughout all territories sharing Catalan language and culture. The society is affiliated to the Philosophy and Social Sciences section of the Institute for Catalan Studies, and is financed through donations, as well as through membership fees.

An expert in economic fluctuations and monetary policy, with an extensive and celebrated academic career

Jordi Galí (Barcelona, 1961), is an ESADE graduate and master, and in 1989 he completed his doctoral studies in Economics at the Massachusetts Institute of Technology (MIT), USA, an institution where he has also been a visiting lecturer (2005-2006). He was previously lecturer at the Graduate School of Business at Columbia University (1989-2004) and at the Department of Economics at New York University (1994-2000).

Aside from his current links to the UPF Department of Economics and Business and CREI, he is also a research professor at the Barcelona School of Economics (BSE), as well as associate researcher at the Centre for Economic Policy Research (CEPR) and the National Bureau of Economic Research (NBER). He has been elected fellow of the Econometric Society, part of the Institute for Catalan Studies and the European Academy. In 2012 he was president of the European Economic Association.

Among other prizes and awards, he has been awarded the King Jaume I Prize in Economics (2004), the Yrjo Jahnsson Award (2005), the Catalan Economics Society Prize (2008), the National Research Prize (2011), the Sant Jordi Cross (2020) and the "Pascual Madoz" National Research Prize (2022). He has been awarded three Advanced Grants from the European Research Council (ERC) and was given an honorary mention as a foreign member of the American Economics Association in their 2020 awards.

Author of numerous articles in specialised journals, his main contributions analyse the nature of economic fluctuations and the optimum design of monetary policy. He was included in the most-quoted lists of the period 1997-2007 by Essential Science Indicators (Thomson Scientific).