Donors: the soul of the university’s library - Reports

Donors: the soul of the university’s library

Donors: the soul of the university’s library

The UPF Library/CRAI’s current collection, which includes more than 600,000 monographs, would not be possible without the selfless bibliographic donations of individuals and organizations. 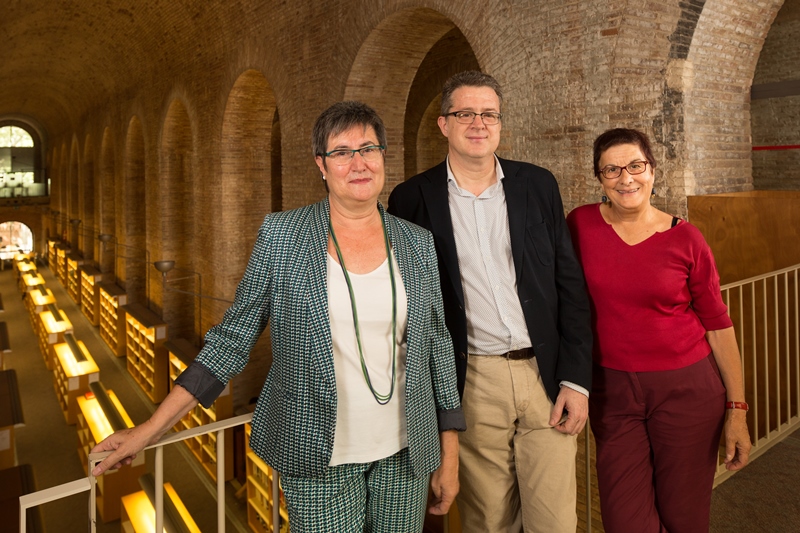 ‘Without donors, the current UPF library would not be what it is today, in terms of quality or quantity.’ So said Montserrat Espinós, director of the UPF Library/CRAI, underscoring the quality and relevance of the donated collections.

As part of the events commemorating the university’s 25th anniversary over the course of the 2015-2016 academic year, on 14 April, UPF held a ceremony on the Ciutadella campus to thank its donors. The ceremony was planned to coincide with the inauguration of the exhibition ‘Exclòs de préstec. El fons desconegut de la Biblioteca de la UPF’ (Not for loan: the unknown collection of the UPF Library), which ran from 14 April to 20 May 2016.

Without donors, the UPF Library would not be what it is today

Donations account for approximately 40% of the 578,000 physical monographs currently in the Library’s collection, which also includes 31,000 digital monographs, 13,000 collections of physical journals, and 20,000 subscriptions to e-journals. According to Espinós, had it not been for this formula, it is unlikely the institution could have acquired the donated volumes, many of which are quite valuable.

Javier Aparicio Maydeu, a professor in the Department of Humanities, director of the UPF-BSM master’s programme in Publishing and Editing, and the rector’s delegate for culture, explained, ‘The books we have at UPF, which is a very young university, are well in excess of what a 25-year-old institution would normally have. In other words, our library is infinitely more valuable than what would typically correspond to a university founded just 25 years ago. The donors, who have a lot to do with that, have performed a miracle: in just a short time, they have turned a library that should have grown gradually into a very valuable one.’

Donating a private collection to the UPF Library

What leads someone to donate his or her collection of books, built over the course of many years and of great personal value, to an institution like UPF? For José María Micó, a professor in the Department of Humanities and the donor of a collection of approximately 12,000 volumes in various stages beginning in 2006 (a collection of extraordinary quality, selected according to rigorous academic criteria), it was a tough decision. ‘I thought about it long and hard, but in the end I did it with great conviction.’

At the library, my books provide a service, far more so than when I had them at home 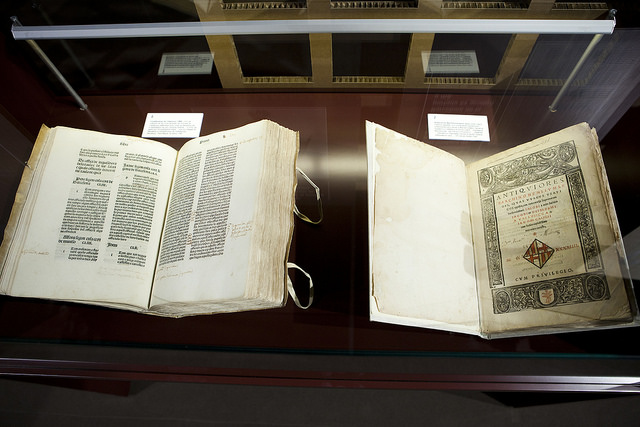 Professor Micó explained his reasons thusly: ‘Some of the works on mediaeval subjects that I had I no longer used, because my research interests had changed. Also, I was swayed by the idea of endowing the library of a public university like UPF with a large selection of 15th- to 17th-century Spanish literature, as well as other European literatures, which is what the collection contains.’ He concluded, ‘I’m thrilled that the university’s library has a Micó Collection, with books that people use and check out, and to see them provide a service, far more so than they did when I had them at home.’

The case of the donation by the Alòs-Moner siblings (Pilar, Maria, Montserrat, Ramon and Adela d’Alòs-Moner i Vila) is a bit different. It is a family library created by their grandfather, Ramon d’Alòs-Moner i de Dou, with contributions from ancestors and, subsequently, his son, Lluís. It was donated in 2010 and consists of some 20,000 volumes, approximately 10% of which date from the 16th through 19th centuries. In terms of subject matter, it is a humanistic collection, largely comprising literature and literary criticism, as well as religious works, with a special focus on books by, and on, Dante Alighieri and Ramon Llull.

‘We asked an expert, Amadeu Pons, at the University of Barcelona (UB), and he told us that, above all, we should make sure the collection was not broken up. UPF was the institution to offer the best assurances in this regard’, explained Adela d’Alòs-Moner, currently president of the Social Library Foundation. ‘It was a library with a large number of documents, and we thought it would be of great interest to make it available to the public. And so a collection that had previously been known only to specialists, in particular, on Dante Alighieri and Ramon Llull, became accessible to all’, she explained.

Adela d’Alòs-Moner, who, as a result of her career, is well-versed in the field of libraries, said that this formula is becoming more common. ‘I may be wrong, but I think donations have increased over the years. As investments in libraries have grown and they have come to be able to guarantee services that were not available a few years back, private individuals’ confidence in them has increased.’

Indeed, the world of libraries has undergone significant changes in recent years. With regard to the UPF Library, Espinós described its recent transformation, explaining, ‘Our model has changed. We have become a hybrid library that combines paper and digital formats, as well as a resource centre, which provides services to all the groups in the university community. It has nothing to do with a classical library, whose services were organized around a document storage room.’

The case of Jordi Llovet, a special donation

‘I have donated almost everything I own to UPF: not just my books, which number close to 40,000 volumes, but also my paintings, albums, furniture, etc. I have no heirs and, to paraphrase Walter Benjamin, there is no better destination for a library than a public institution, such as UPF, where everyone can enjoy it.’ This professor emeritus of comparative literature at UB, writer, translator and literary critic noted that ‘UPF has proven it takes good care of the book collections it receives.’

However, this donation, primarily consisting of works on literary theory and criticism, linguistics, history, art history and theory, and philosophy, is special, as it will become effective mortis causa: the library currently remains in Llovet’s possession, but it will be transferred to UPF upon his death, as specified in the notarized document drawn up to this end. ‘For now, I have the books in usufruct, because I could not live without their presence, but all of them will ultimately go to the university’, he said.

Montserrat Espinós: ‘Without donors, the UPF Library would not be what it is today’