The pharmaceutical company Esteve and UPF’s Neuropharmacology Laboratory have strengthened their partnership through the creation of the Esteve-UPF Joint R&D Unit, which will focus on the discovery of new analgesics. 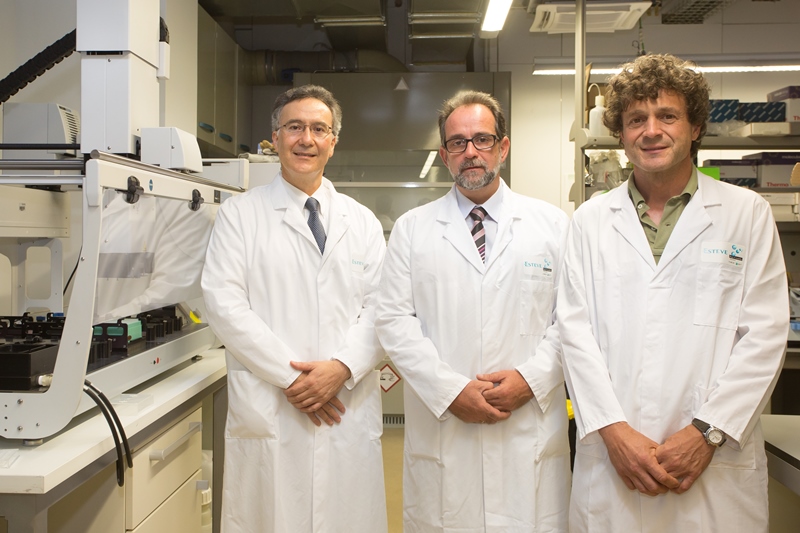 One in every five Europeans suffers from chronic pain, a condition for which there is currently no effective treatment. In addition to affecting the everyday lives of those who suffer from it, chronic pain also poses a burden to the European economy; the associated healthcare costs are estimated at more than €34 billion a year. In this context, and with the aim of discovering new treatments for the condition, the company Esteve and the UPF Neuropharmacology Laboratory (NeuroPhar) have created the Esteve-UPF Joint R&D Unit.

One in every five Europeans suffers from chronic pain, a condition for which there is currently no effective treatment

Since it was founded, in 1998, NeuroPhar, which is part of UPF’s Department of Experimental and Health Sciences (DCEXS), has partnered several times with Esteve, a leading Catalan pharmaceutical company, whose strong R&D division is located in Barcelona. The two institutions have teamed up in two consortia within the context of the Centre for the Development of Industrial Technology’s (CDTI’s) CENIT programme, launched in 2006 to stimulate public-private partnerships in industrial research. In 2014, Esteve also joined the European NeuroPain project, which is coordinated by Rafael Maldonado, the director of NeuroPhar.

‘The scientific cooperation with NeuroPhar has been ongoing, synergic and very productive’, explained Carlos Plata, scientific director at Esteve. ‘Now it has taken the form of a joint unit, which will further integrate the work jointly planned and carried out by UPF and Esteve’s Discovery and Preclinical Development team.’

The scientific cooperation with NeuroPhar has been ongoing, synergic and very productive

The two institutions’ prior collaborations have already led to significant advances in the field of pain, as reported in six papers published in international journals in recent years.

According to Maldonado, ‘The partnership with Esteve has made it possible to carry out new applied research projects, as well as to identify and validate new therapeutic targets for the treatment of chronic pain. One major benefit of the partnership is the access it provides to resources and specific research tools without which these ambitious projects would not be possible’.

Representatives of Esteve –Carlos Plata, scientific director; José Miguel Vela, director of Drug Discovery and Preclinical Development; and Manel Merlos, director of Pharmacology– met last February with representatives of UPF –Francesc Posas, vice-rector for Science Policy and Faculty Affairs; David Comas, director of the Department of Experimental and Health Sciences; Rafael Maldonado, director of NeuroPhar; and Miquel A. Martín, director of the joint unit– for a formal ceremony to sign the agreement to create the unit within the broader context of technology transfer.

The structure, which is planned to remain in force until at least 2025, begins with annual funding of €375,000

Under the agreement, five researchers have been contracted to evaluate Esteve’s products in animal pain models. This structure, which is planned to remain in force until at least 2025, begins with annual funding of €375,000, a considerable economic injection for the university and a guarantee of stability, both for the participating researchers and to achieve the stated goals.

In search of new drugs

The projects to be carried out as part of this initiative aim to study new therapeutic targets at the preclinical level in order to evaluate new drugs and thus find complementary or alternative strategies for treating chronic pain. The research will primarily focus on neuropathic, osteoarthrosic and inflammatory pain.

The Esteve-UPF team will follow various experimental strategies. First, they will use compounds able to block or activate different receptors or signalling systems in the central nervous system. Second, they will use mice genetically modified to be unable to produce a specific protein, so that they will lack it throughout their life. Finally, the joint unit will provide new models to evaluate the role played by both affective components, such as anxiety and depression, and cognitive ones in the development of pain, as well as study dependency models, which are crucial to ruling out the addictive potential of the prospective drugs.

‘Our research lines make it possible to develop new experimental models to evaluate the different consequences associated with pain’, explained Maldonado. ‘It is essential to evaluate not just the symptoms, but also the affective and cognitive manifestations of pain, as the efficacy of the new drugs we develop largely depends on them. A drug that is unable to effectively combat these manifestations of pain is unlikely to be effective in humans.’